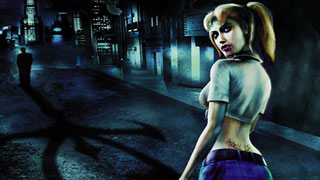 It sounds like there will be a sequel to Vampire: The Masquerade – Bloodlines, but it’s unclear when it will happen.

This past weekend, Paradox Con 2017 took place in Stockholm. In addition to announcing the new strategy game Surviving Mars and that Paradox would be publishing the new turn-based Battletech, there was also a little bit of discussion on a sequel to Vampire: The Masquerade – Bloodlines.

PCGamesN asked Paradox CEO Fredrik Wester if there were any plans for the franchise, and whether or Obsidian might be asked to work on it, since many of the previous game leads are now working there.

“Yeah, on paper that’s a really good match,” said Wester. “Of course, sooner or later, people will want a follow-up to Vampire: The Masquerade – Bloodlines… and when the time is right I guess a sequel will find its place in the market. But it’s too early to say anything about that right now.”

White Wolf was acquired by Paradox in 2015 from CCP Games, but the company hasn’t done much with the IP since then, but Wester says that that’s because announcing anything too soon would disappoint fans. That said, things are coming. As he said, “There’s no use buying such a rich catalog of IPs just to be sitting on them another ten years.”

What do you think? Would you play a sequel to Vampire: The Masquerade – Bloodlines? Tell us in the forums!

How to Destroy the Big Sister, Third Boss of The Surge