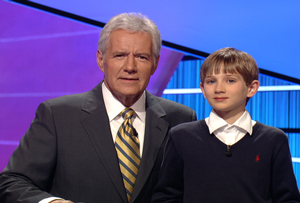 Parents might be inundated with calls against videogames from politicians and the mainstream media, and how they can infect children with murderous thoughts. At least in Australia and New Zealand, the majority of parents understand that games can be used for good much easier than they can be forces for evil. That’s what the results of a study commissioned by Interactive Games & Entertainment Association (iGEA) and conducted by Bond University on the Gold Coast of Eastern Australia reported in the latest issue of “Gaming Parents” magazine.

Note: “Gaming Parents” magazine doesn’t exist, but I would totally have a subscription if it did.

The study said that 92 percent of the parents surveyed believed games are educational. In fact, games are so educational that 75 percent said they actually use games to teach their kids life lessons. Parents said games helped teach an extremely wide range of topics including – but not limited to – technology, maths, science, planning, language, work, life and society in general.

“Not only do I see literacy and vocabulary improving, my students are far more engaged when we are using games,” said Edwin McRae, a teacher who struggles to instruct 13-year-olds in using correct English. “I have seen students gain a much deeper understanding of the topic they are studying as games usually encourage them to repeat exercises numerous times in order to be rewarded, earn more points or progress to further levels. This reinforces that knowledge so much more as they repeat the skills, rather than just reading it in a book once.”

This is heavy praise for games coming from the people on the front lines of education. Yes, the study was commissioned by iGEA who have a vested interest in making educational games, and who see the value of them in classrooms and in the home. They will undoubtably be biased in their appraisal of games as an educational tool.

Still, if I had to pick a side I’d trust, the people actually working to teach kids probably know what’s up more than Michael Atkinson and Keith Vaz.

Mythic Kickstarter is a Scam