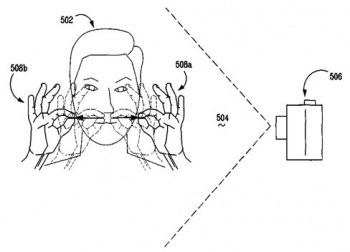 Kinect may someday enable those that can’t speak to communicate through Xbox Live.

Microsoft’s Kinect is a system built to interpret users’ motions and gestures, so wouldn’t it make sense if it could understand a language made up of them? Yes, according to a patent filed by Microsoft for for the system, which alleges that Kinect may recognize sign language someday.

The patent generally covers “gesture keyboarding,” meaning that Kinect users could input the information that they normally would through a keyboard using the body’s movements. However, a section mentions that these gestures could include American Sign Language and not just an air keyboard.

For example, one line in the patent says that a Kinect user gesturing for “the character ‘a’ in American Sign Language… may be interpreted as if the user were pressing the ‘a’ key on a keyboard.” The system would also interpret motions for full words, as a later sentence reads that the ASL gesture for “cat” would input the word “cat.” The entirety of ASL would be included, with the patent saying: “The gesture may be a single letter or number, or a word or even a full expression or phrase, as is allowed by the language.”

Predictive motioning is also mentioned, as users that sign “V-i-k-i-n-f” would have their input presumptively changed to “V-i-k-i-n-g.” Though you might think that this is all about helping the disabled communicate, it’s not. The patent says that when “the user kills another user’s character, that victorious, though speechless, user would be able to tell the other user that he had been ‘PWNED.'” Well, that’s pretty important, now isn’t it.

This is all patent talk, and I haven’t heard anything about Kinect being able to recognize sign language as it is, so it’s either just part of the patent or a future feature that may not be included at launch. If Kinect is able to recognize detailed gestures, maybe we’ll see that hand-puppet brawler someday.