Some amazingly detailed Mass Effect cosplayers were the spotlight of PAX Aus day 2.

PAX Australia continues, and our own Steven Bogos remains on the scene taking in the sights and sounds and especially the costumes. If you saw saw the first gallery from the event, then you know that PAX Australia attendees have delivered some incredible cosplay, but the second day puts the first to shame. Read on for the best of what Steven saw. 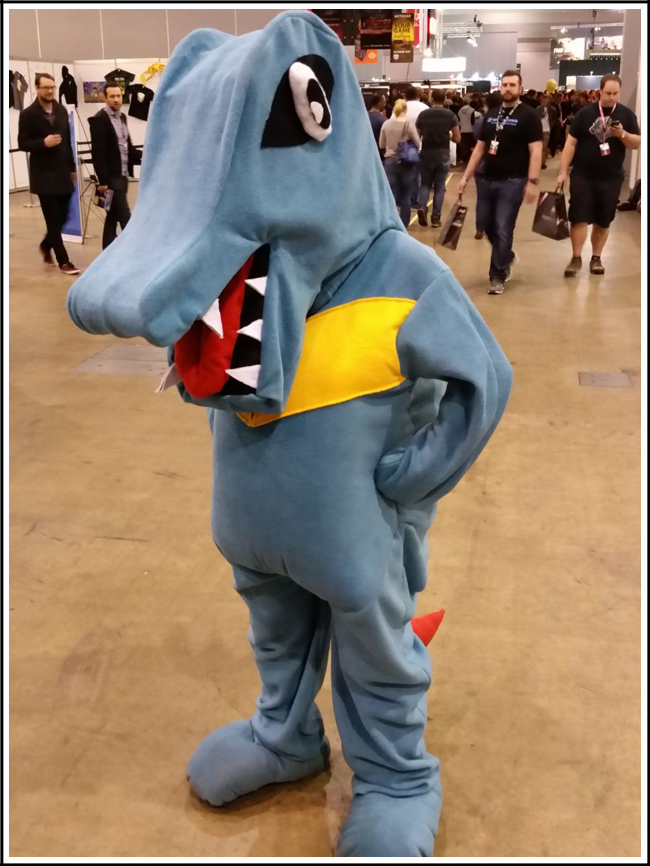 I think we all know who to choose if we get into a battle in deep, deep south (of planet Earth). 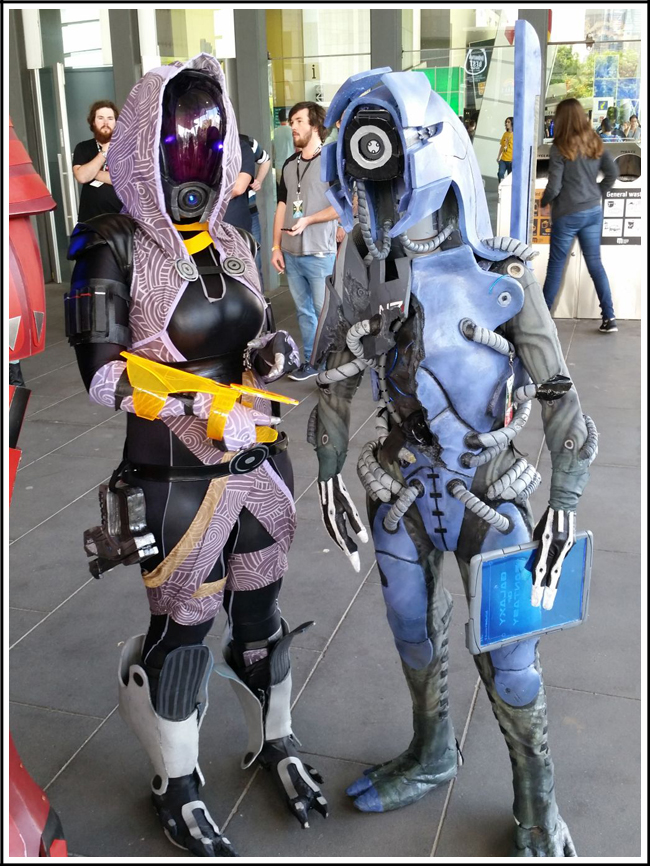 At last, peace has come to the Quarian homeworld. Thanks, Australia! 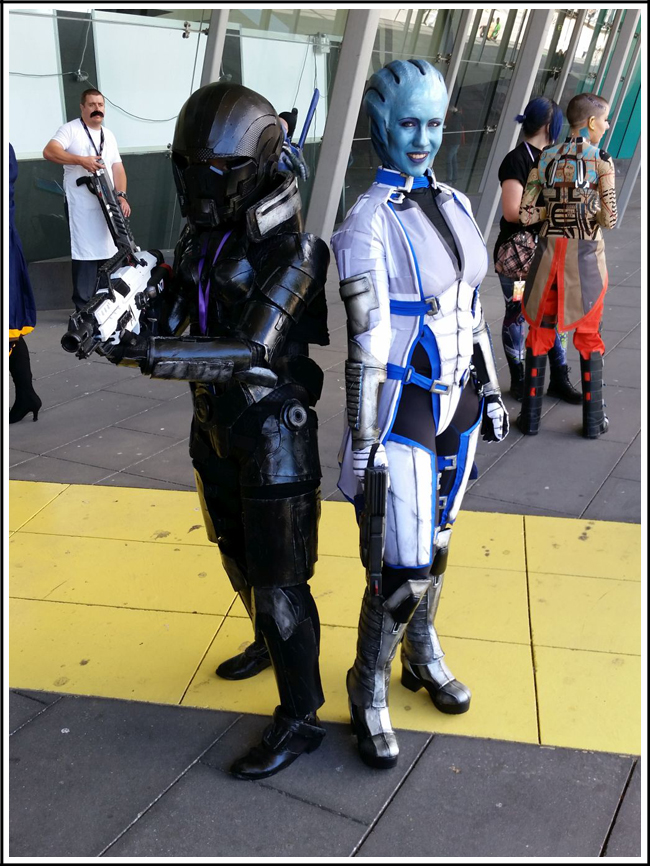 The way so many Liara cosplayers make the creation of an Asari headpiece look easy never fails to blow my mind. This costume is amazing. 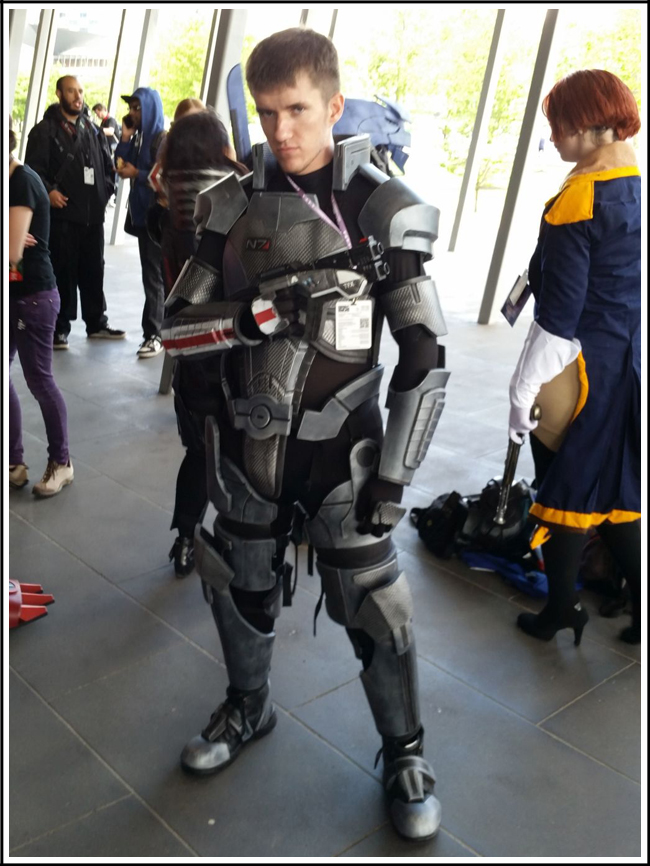 This guy is tired of your disingenuous assertions. 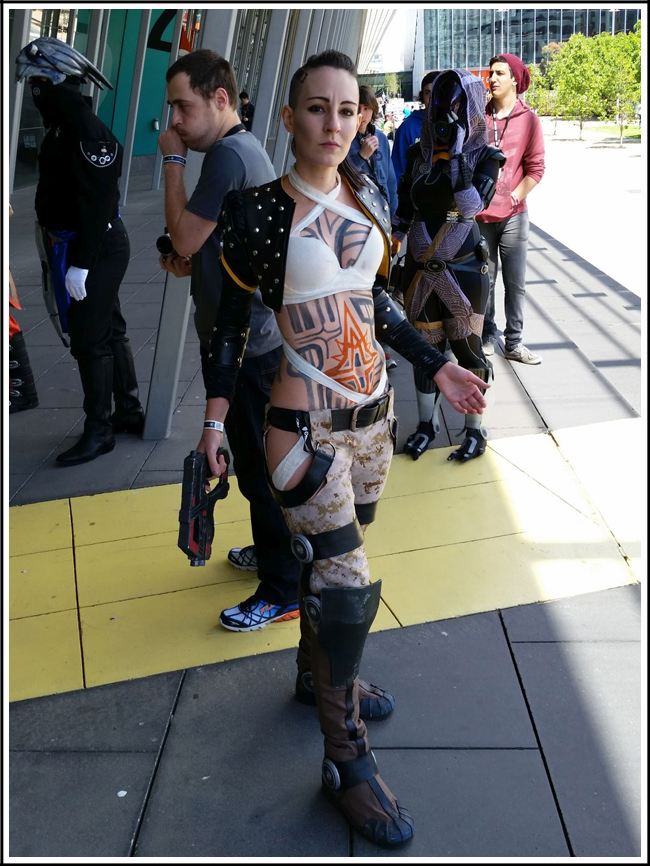 Nothing to say except that this great costume includes nice detail on the tattoo work, and that it demonstrates that anyone who dresses like Jack looks inherently dangerous. I’ve yet to see that not be the case. 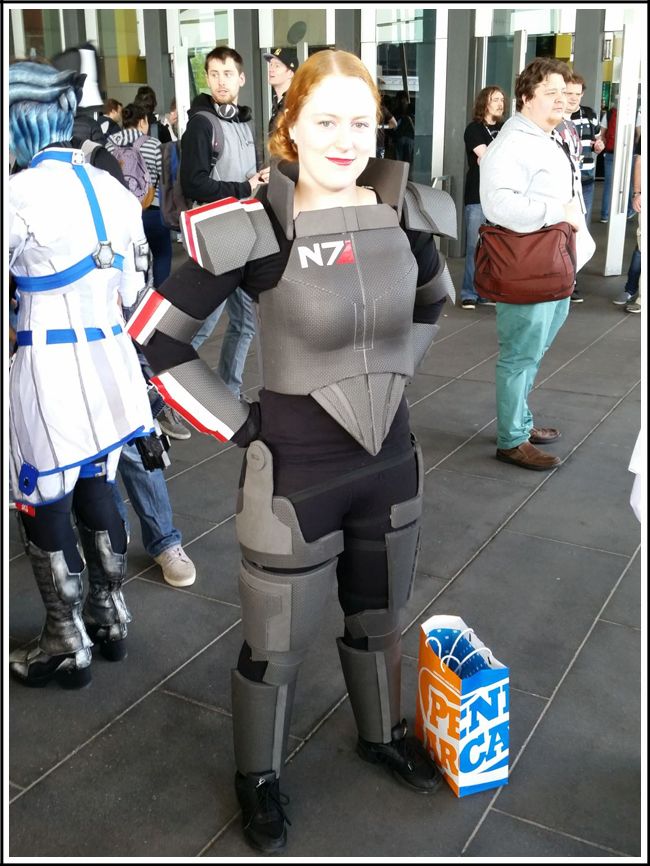 This kind of looks like the shot was taken right when Female commander Shepard decided not to import her relationship with Liara from the first game. 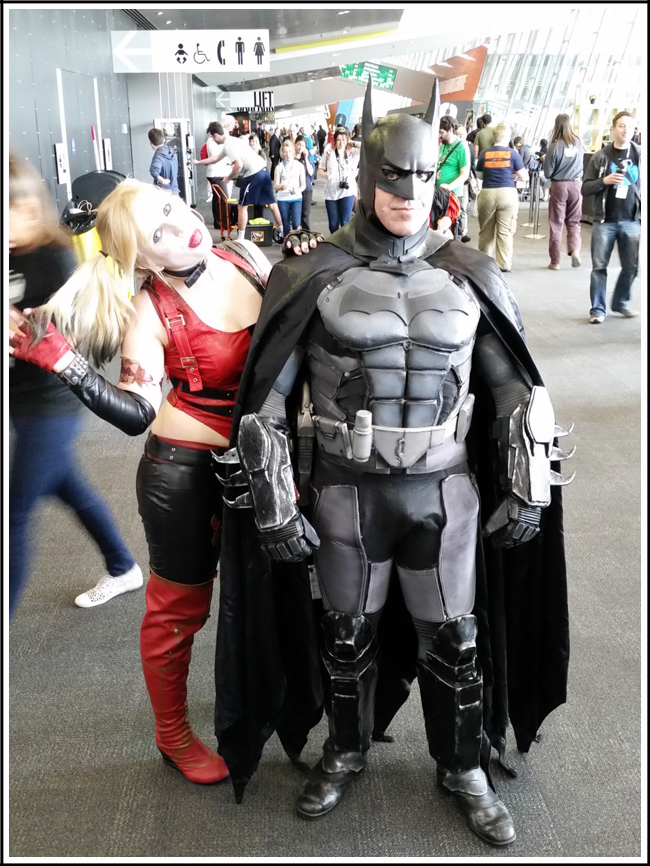 I love how this costume has the Christian Bale body suit but the George Clooney mask. 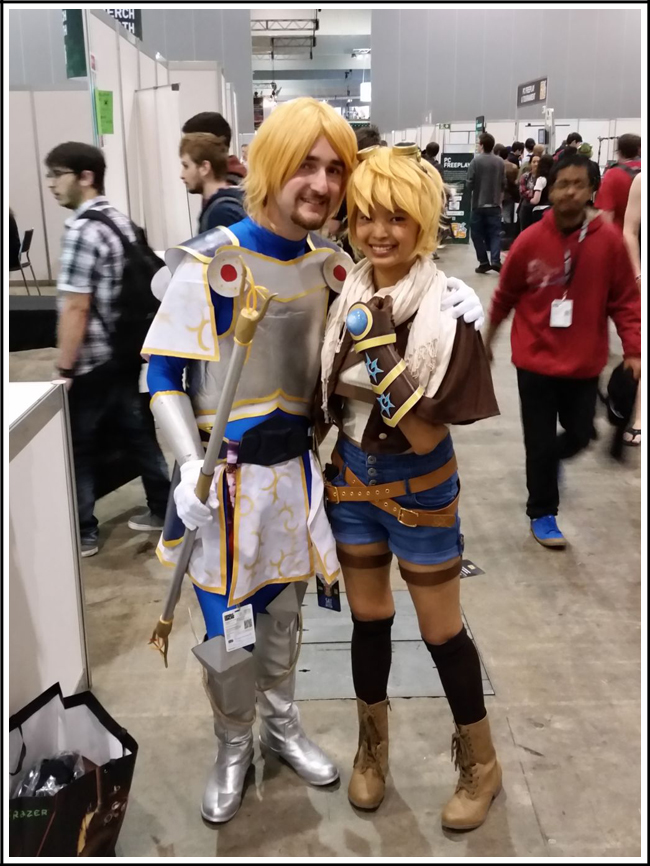 And now we bring the legally mandated League of Legends cosplay, starting with this adorable Genderswapped duo costume. 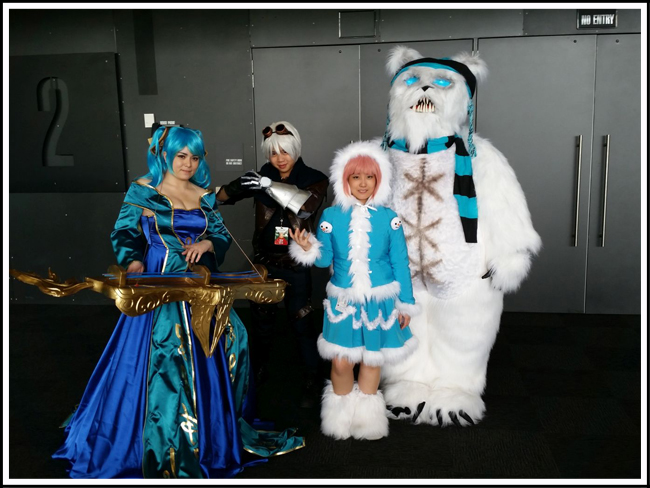 That Frostfire Annie costume is kind of amazing. 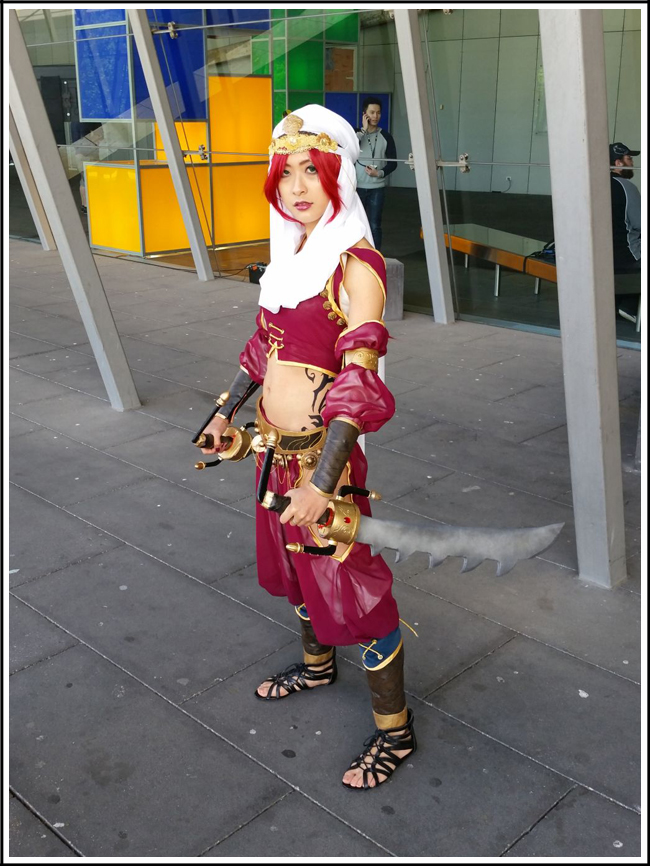 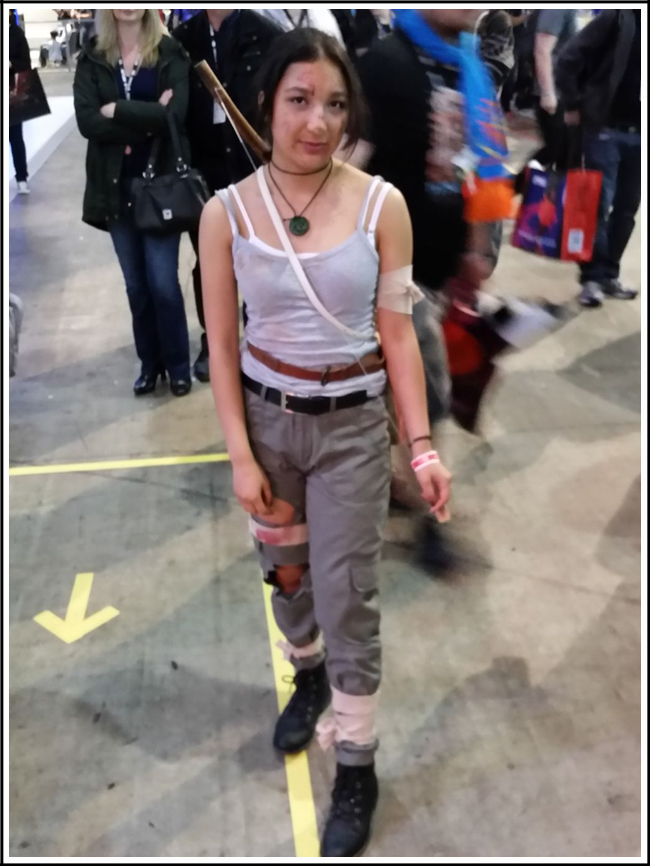 Lara Croft also doesn’t have time for your disingenuous assertions. 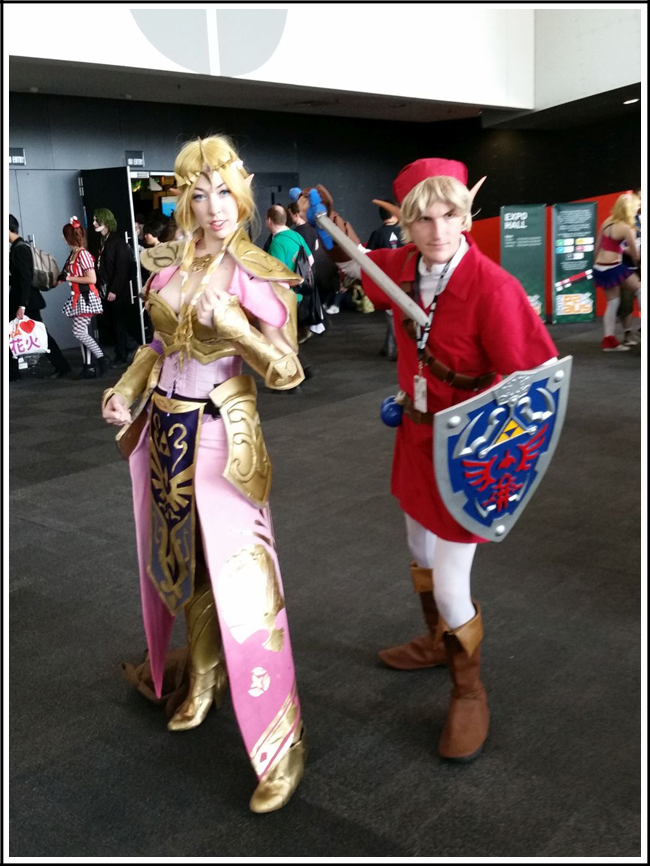 Show of hands: how many of you like Wind Waker? And if you hate it, why? No reason for asking this question other than that it always seems to happen when the game is brought up. Meanwhile, here are Link and Zelda but not from Wind Waker. 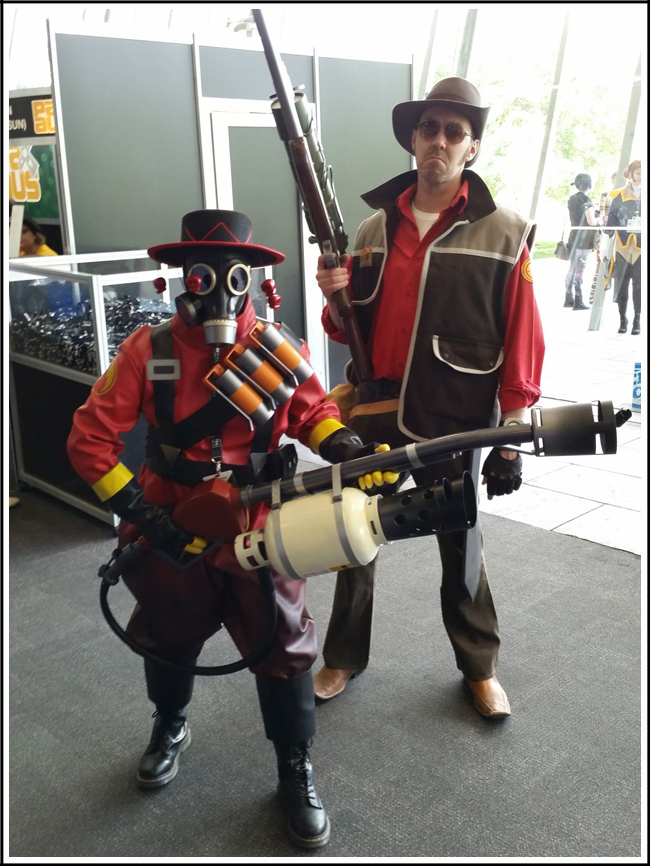 Weirdly, this is the only Team Fortress 2 cosplay in the gallery. 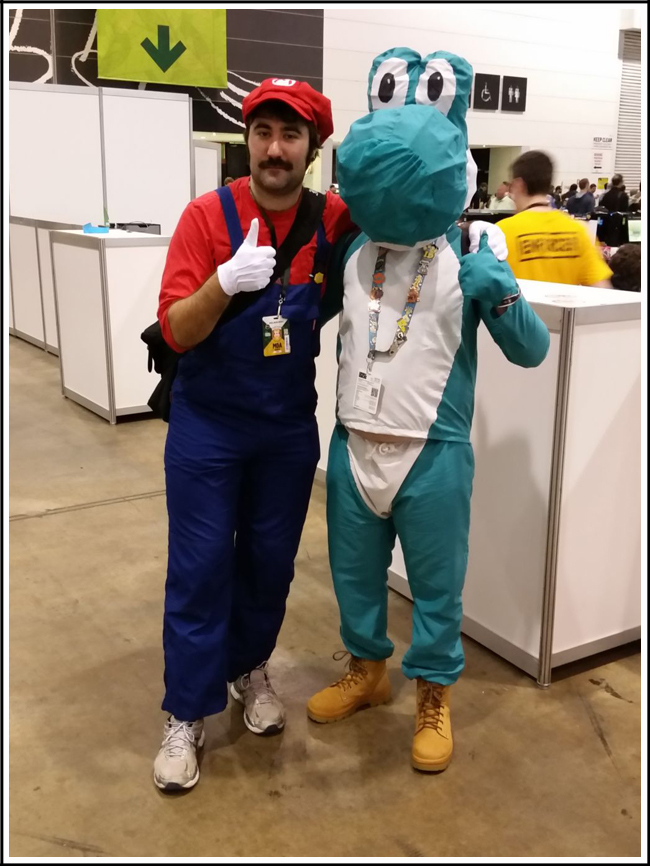 This actually is our intrepid photographer Steven Bogos in disguise as one of the convention’s janitorial and maintenance staff (the M on the hat is for maintenance.) I think he might be dressed as a plumber, but he’s with some random lizard thing, not sure what that is. 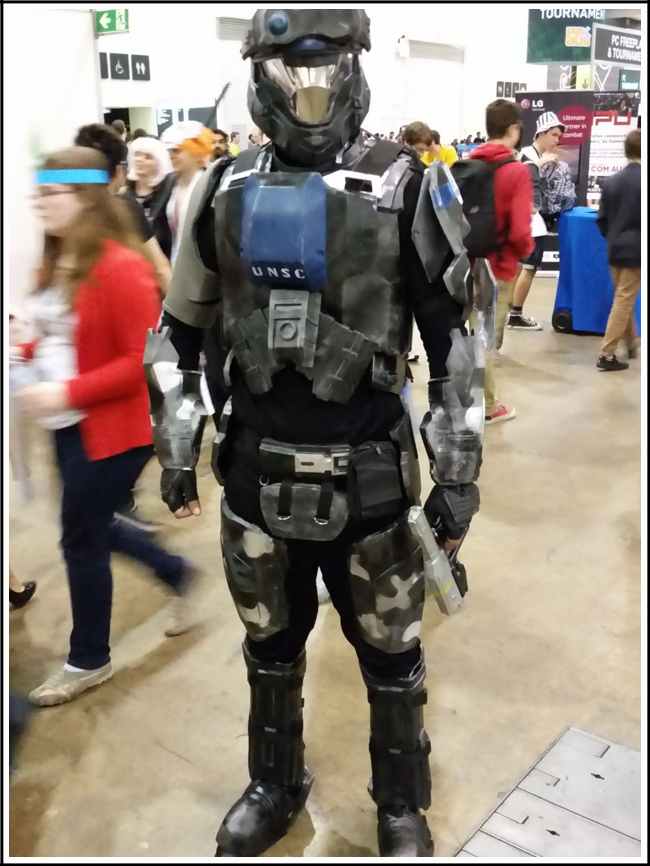 EDIT: This is actually an ODST, Not Master Chief. Thanks to commenter James Rutter for noting it. 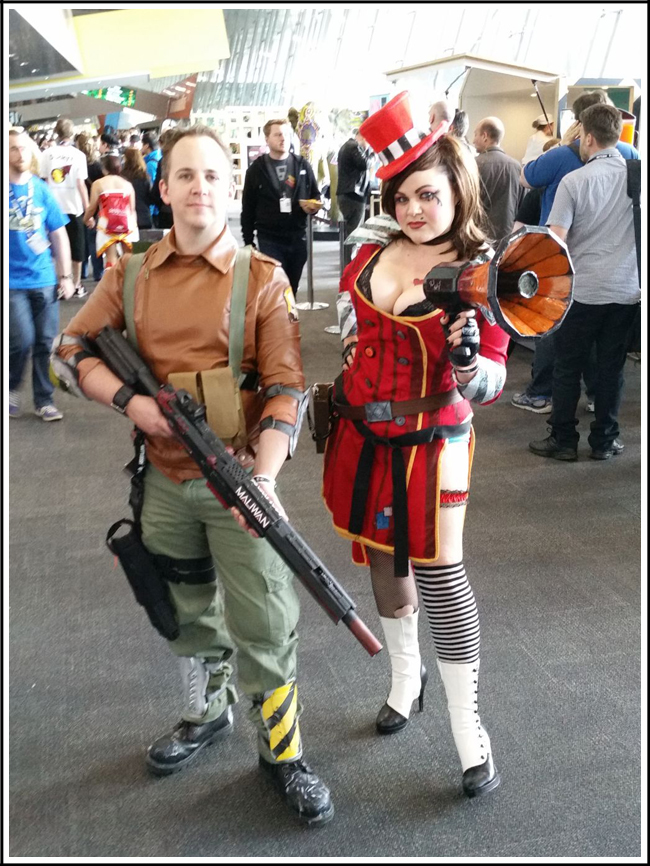 Borderlands The Pre-Sequel is a really great game, but man is it buggy. Also, there’s a glitch that grants you immortality during the final level. Hopefully that doesn’t get patched out. (Kidding!) I bring this up because it was designed in Australia, just like (probably) these two cosplayers, both of whom looks awesome. 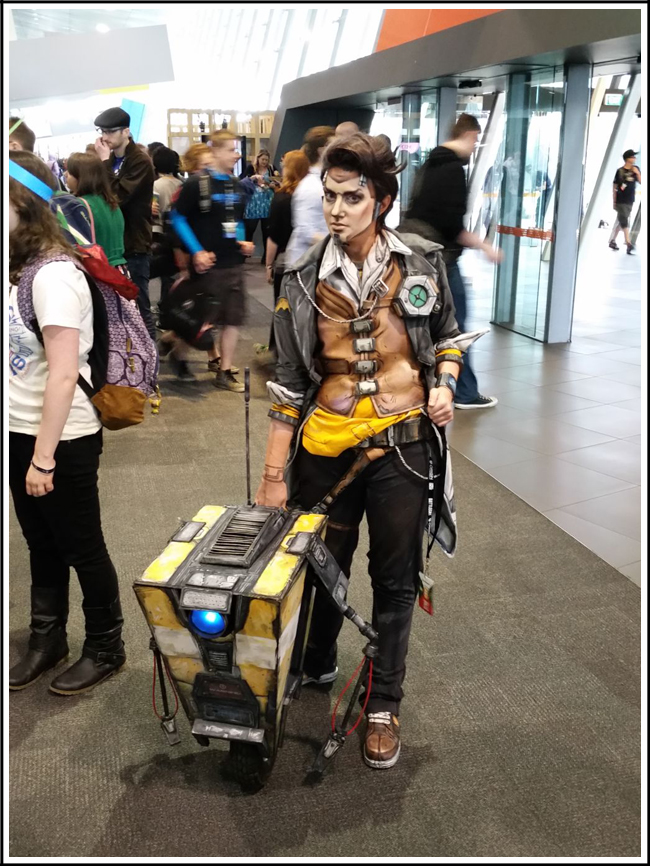 Not pictured: Jack taking the final claptrap in existence and thus ending the line forever. 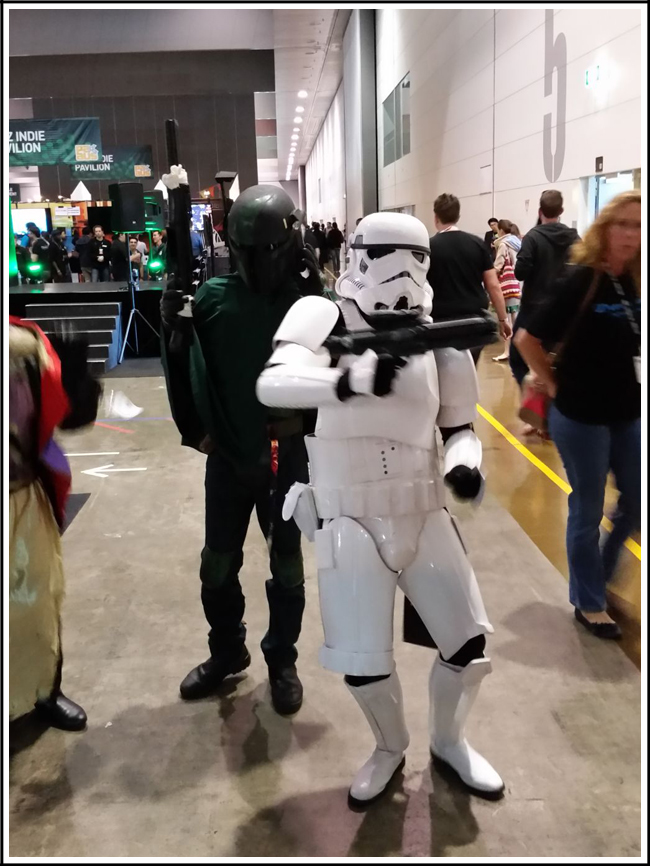 By far the jauntiest walk to cellblock 1138 ever recorded. 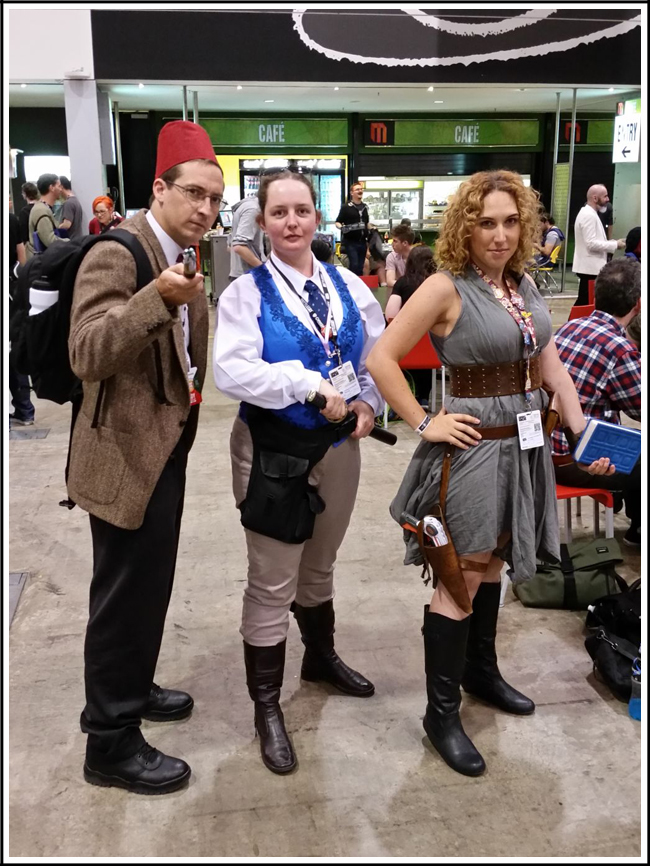 Doctors Who and Friends

The fun thing about this is that Doctor Who cosplay can easily do double duty as the nicest outfit you have in the event you have to attend something fancy. 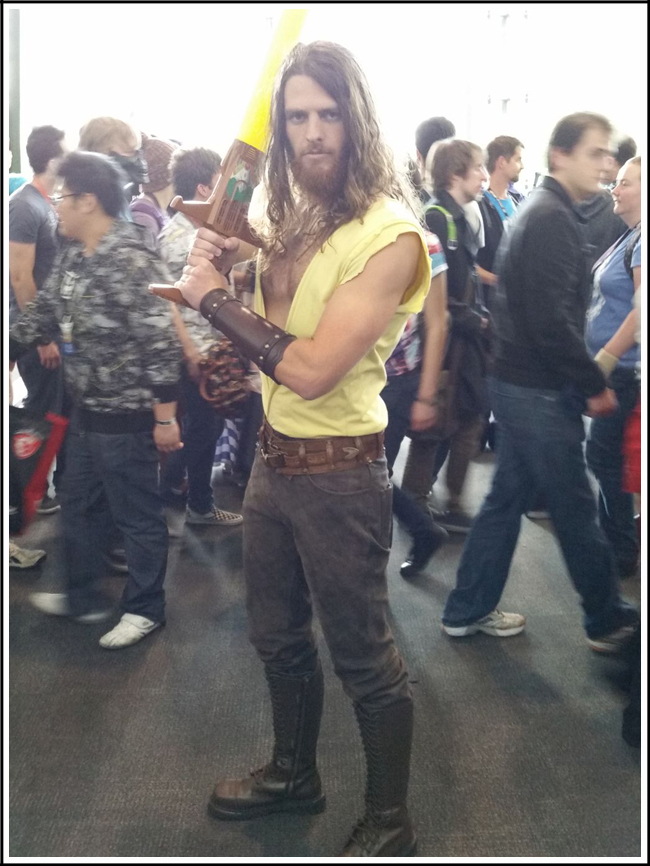 It’s the TV version of Hercules, only somehow combined with the Jason Momoa version of Khal Drogo AND Conan. 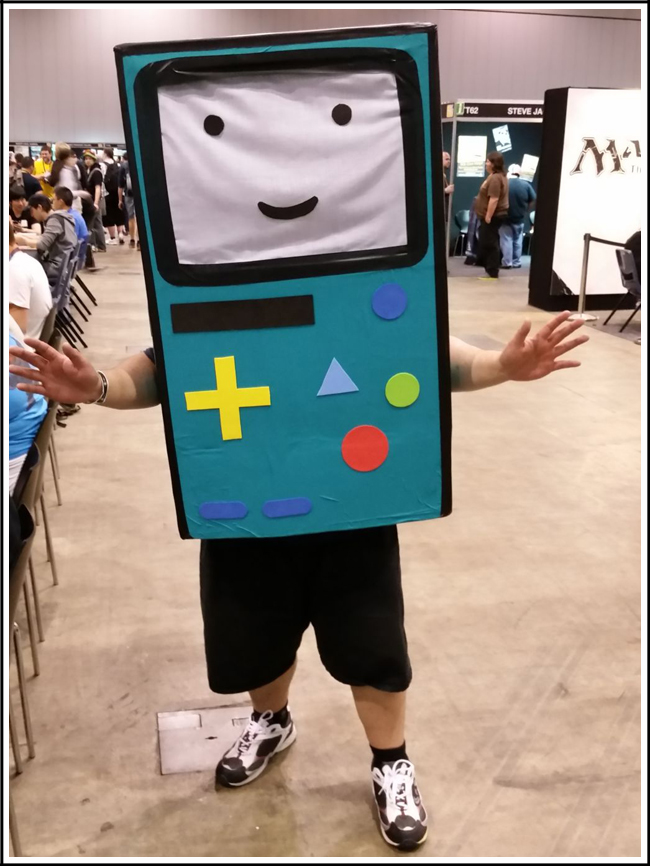 It’s Beemo! I have nothing to add except dawww. 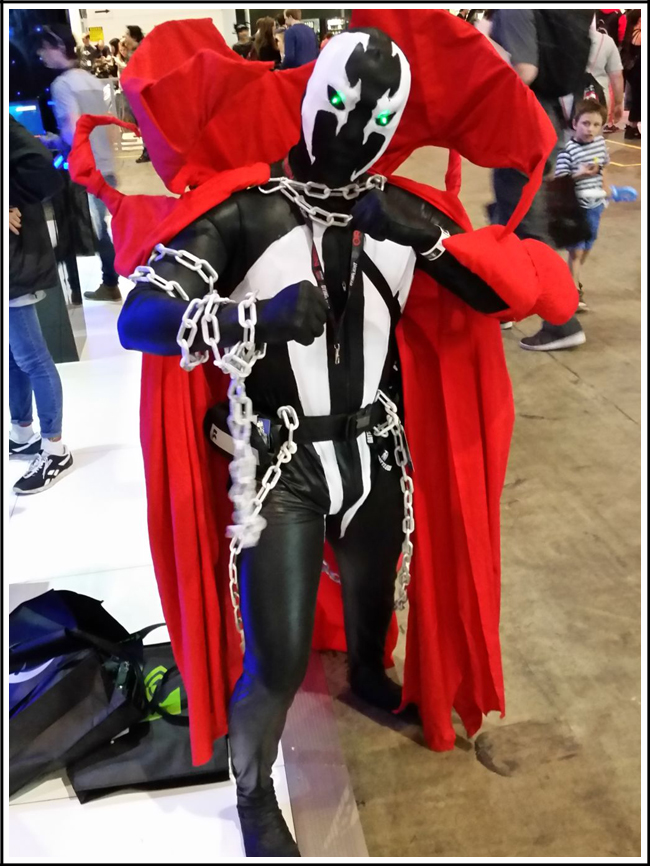 Spawn downunder, in which he goes up against a swarm of Red-Back Spiders. 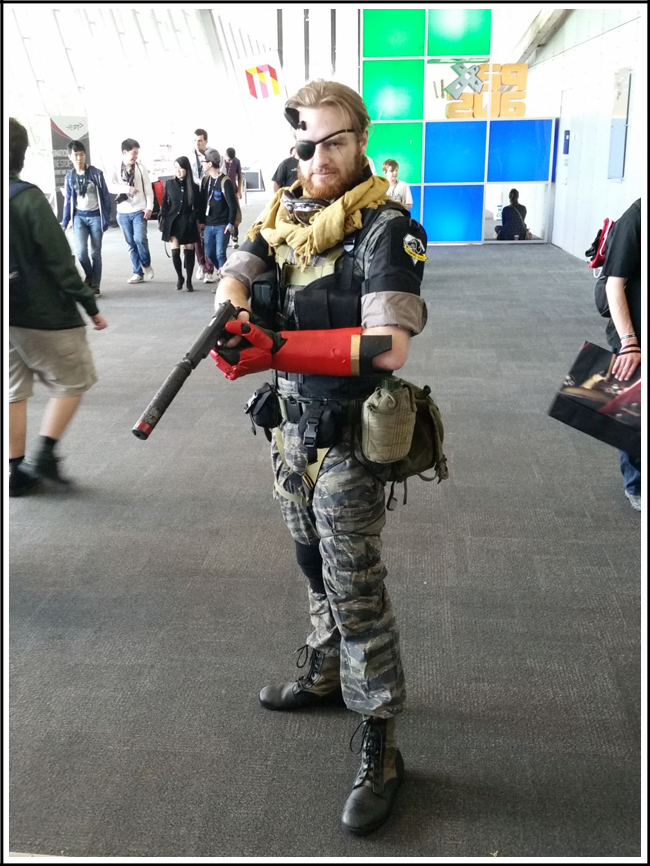 It’s Solid Snake as you’re never seen him before. I mean, without a convoluted personal history. I’m obviously assuming this guy hasn’t been cloned. 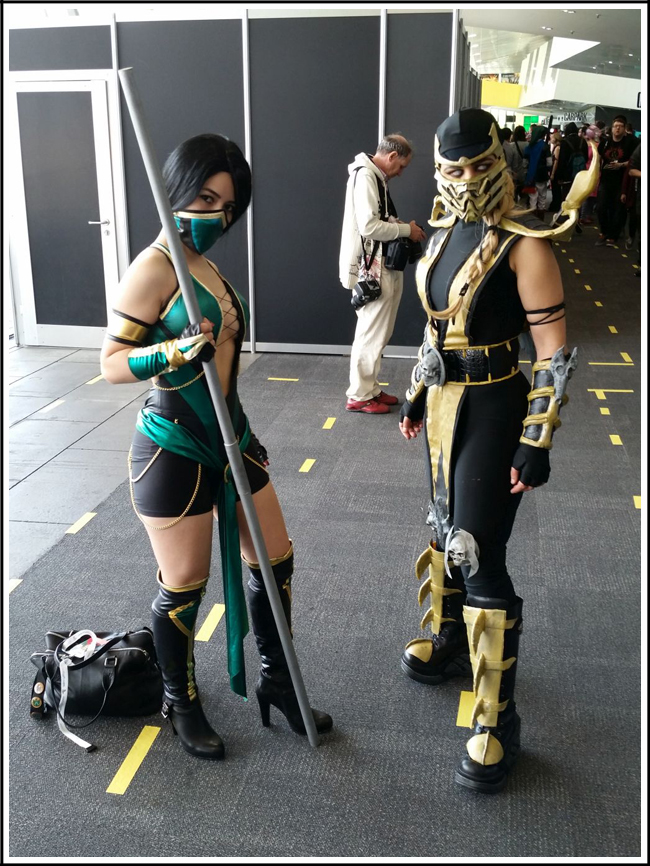 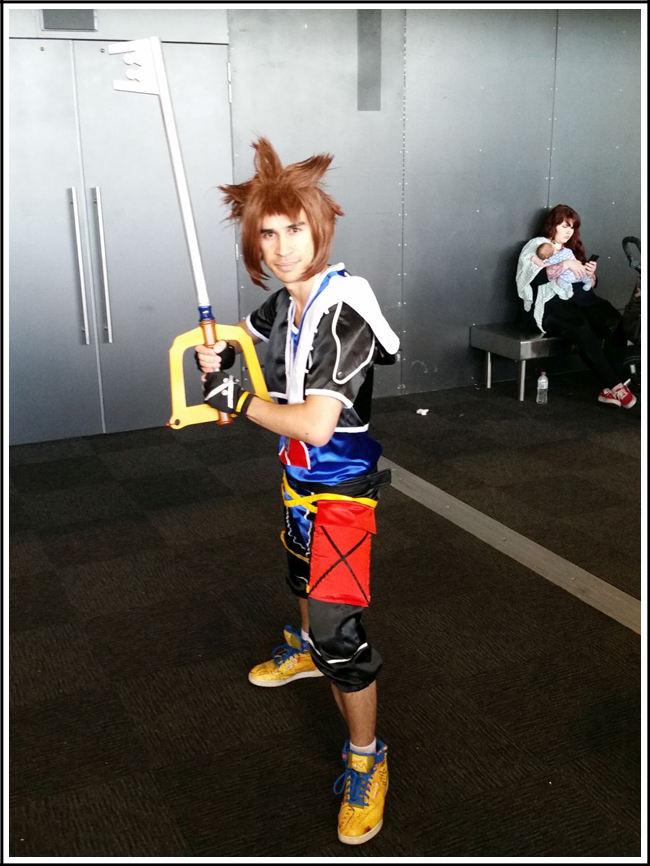 We’re Sora, but this is the last picture in this cosplay gallery.

Legend of Korra: Zhu Li Does the Thing