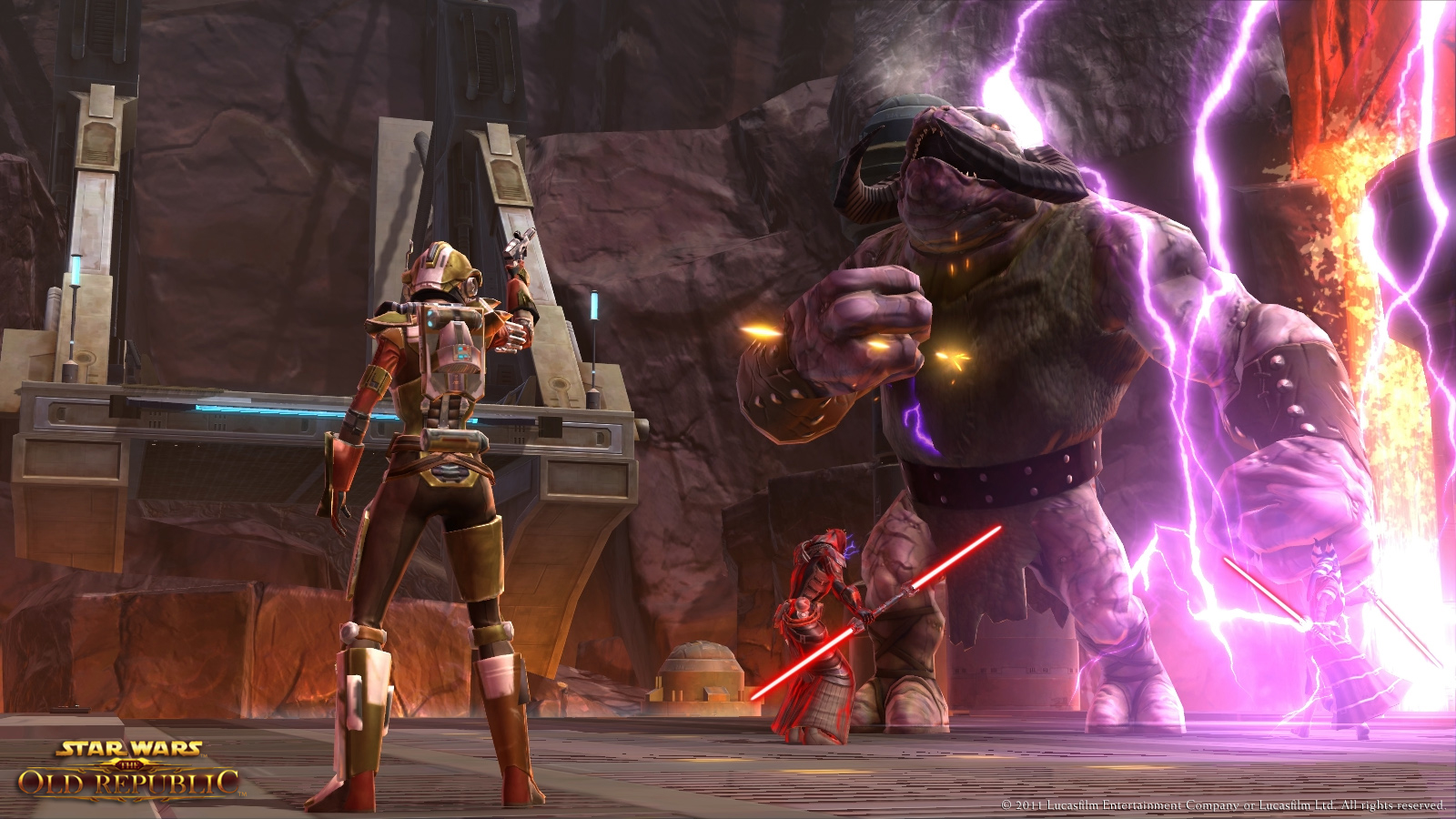 The Old Republic introduces ranked PvP and a new Legacy system that lets players build up their characters.

Update: The 1.2 Update is currently not scheduled to release this week as previously reported.

“Update 1.2 is a huge, massive update; it’s probably one of the biggest, if not the biggest, free game updates ever,” said Live Producer Cory Butler of the upcoming expansion. Butler said the highlight of the 1.2 update is the Legacy system, which gives players several options to level up their alternate characters while focusing on their main.

Through the Legacy system, players will also be able to unlock special abilities tied to both their companions and the various decisions they’ve made throughout the main story quests.

The 1.2 update also includes several updates to SWTOR’s PvP aspects, including a ranked PvP system and a new Warzone titled Novare Coast. Inspired by the invasion of Normandy in WW2, Novare Coast is a 3-point domination-style map where Jedi and Sith players battle to establish a beachhead and control the Warzone’s artillery placements.

In addition to more multiplayer content, the 1.2 update introduces the next chapter in the Rise of the Rakghouls story arc in a new Flashpoint mission titled The Lost Island. There will also be several guild improvements, such as guild banks and calendars and the ability to customize the game’s UI to better fit your preferences. Sadly though, there’s no word on when Guilds can cruise around in their own capital ships just yet, although Butler stated that it’s something BioWare’s keeping on its radar.

The Old Republic’s 1.2 update is scheduled to launch sometime this week.

How Well Do You Know Game of Thrones?