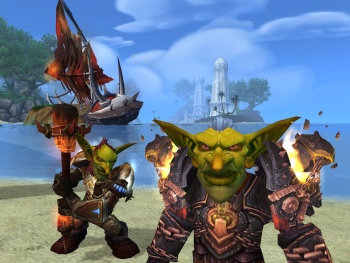 Rob Pardo of Blizzard says the PC gaming industry is “super healthy” but doesn’t always look that way because digital distribution throws everything out of whack.

PC gaming has been in its death throes for years now, yet it shows no signs of actually dying. It’s a situation that Pardo, the executive vice president of game design at Blizzard, has come to find a little amusing. “I always laugh because as long as I’ve been in the games industry, every year I’m asked, ‘Is PC gaming dead?'” he told Gamesindustry. “But it keeps on growing despite the fact it’s been pronounced dead 20 times.”

“The PC games industry and the gaming industry is super healthy. It’s always been tough to do metrics in any industry and especially once you start having a lot of digital distribution it’s hard to capture the real metrics of the health of the industry,” he said. “Even if you look at something like NPD there’s still an estimation involved there, they don’t really have real-time data from every retail chain. By necessity they’re guessing. But I think the industry is as healthy as ever.”

Blizzard has yet to embrace digital distribution with the same enthusiasm as a company like Valve but Pardo said the time is coming. Cataclysm will be the first World of Warcraft expansion to get a simultaneous retail and digital release, and he said the same could happen with other Blizzard titles someday.

“I can’t say for sure that this is the way for sure that we’ll deliver now all future games, but I wouldn’t be surprised if it was, either,” he said. “Once we get a little closer to Diablo III we’ll make a determination. But the day’s coming. You can definitely see digital distribution all around the industry, it’s becoming a bigger and bigger per cent of the market.”

World of Warcraft: Cataclysm comes out on December 7 while Diablo III does not yet have a release date.