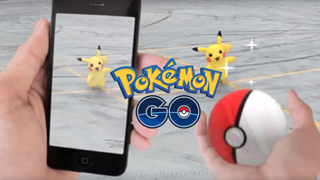 Pokemon GO is causing all sorts of chaos, from people quitting their jobs to people getting injured.

Tom Currie, a 24-year-old from New Zealand, did exactly that. He told The Guardian that he quit his job to spend two months traveling New Zealand to try and catch all 151 Pokemon in the game. He was quoted as saying, “I wanted to have an adventure.”

Two men in San Diego fell off a cliff this week while playing the game. The Encinita, CA Fire Department found on man 50 feet down the cliff, and the other 80 feet down. The men apparently climbed a fence that warned people that the cliffs were unstable in an effort to catch a Pokemon on the other side.

Finally, a 15-year-old girl from Pennsylvania was struck by a car while crossing the street after a Pokemon GO session. Her mother said, “The Pokemon game took her across a major highway at 5 o’clock in the evening, which is rush hour.”

It should go without saying that you need to remain aware of your surroundings while playing Pokemon GO, and if a sign mentions that it’s dangerous to somewhere, heed the warning. These stories are popping up all over, but they don’t seem to be deterring gamers, as Pokemon GO is already the most popular mobile app in existence.

Ghostbusters – It Has Women in It!