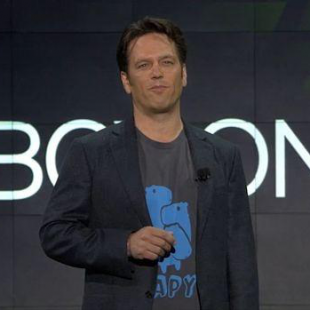 Phil Spencer of Microsoft says it’s easier to sell an offline, single-player game on consoles than PC, because most of the PC market is “service-based.”

In a recent chit-chat with OXM, Microsoft Studios Corporate VP Phil Spencer talked a bit about how the growth of digital distribution has saved “mid-tier” games because smaller studios no longer have to rely on retail as their only source of distribution. “The indie program that we’re running – Sony’s obviously running an indie program – we’re opening up the [digital] stores more on console, and the nice thing is, I think consoles will now start to feel more like the other devices in terms of the breadth of content,” he said.

But he followed that with a comparison of consoles and PCs, and that’s where things get a little confusing.

“A unique capability on consoles is to play a game like Ryse; there may have [been] some of that on PC, but most of the PC games are service based, just because the retail market for PC games is a real challenge: to sell a single-player offline game,” he continued. “There’s some things that have been successful, like Diablo, but it’s more challenging. I think console can actually manage on both ends of the spectrum, we can put beautiful, long triple-A content on-screen – it’s a unique place for that content – but also embrace the breadth of content that comes from smaller studios and us as publishers, we just have to be aware that both ends of the spectrum are important and can be successful.”

I have to admit that I don’t really follow his reasoning on this one. It makes some sense if he’s speaking strictly about the retail marketplace but given that the discussion was about the growth and equalizing power of digital, it doesn’t really fit. And while it may be just a poor choice of words, the ability “to play a game like Ryse” (setting aside the fact that it’s exclusive to Xbox One) is quite obviously and irrefutably not unique to consoles at all.

I honestly can’t tell if Spencer’s message was muddled by poor wording, if he’s really that determined to portray the Xbox One as a unique new force in the industry or if I’m just too dull-witted to understand what he’s talking about, but whatever the case I certainly can’t agree with it. Thoughts?

Last Chance For a Shot to Win an Xbox One