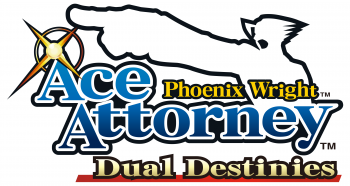 It’s been almost six years since gamers outside of Japan were treated to the zany courtroom antics of spiky-haired defense lawyer Phoenix Wright and his associates. The wait ends with Phoenix Wright: Ace Attorney – Dual Destinies, which brings back Phoenix and his protégé Apollo Justice, as well as some other familiar faces from trials past. Though the core mechanics of the series remain the same, the jump to the 3DS gives Dual Destinies a fresh look. Even without any drastic changes, Phoenix Wright’s long-awaited return to the courtroom raises no objections.

Dual Destinies takes place about a year after the events of Apollo Justice: Ace Attorney. Apollo’s gained some experience and confidence in that time, and Phoenix has ditched the goofy hat and donned the blue suit upon having his attorney’s badge reinstated. New to the Wright Anything Agency-a law firm and talent agency, naturally-is Athena Cykes, an 18-year-old prodigy fresh out of law school. With her bright yellow suit, spunky nature, mysterious past, and use of “analytical psychology” in court, Athena fits right in.

For the uninitiated, the legal proceedings of the Phoenix Wright games don’t resemble any real-life courtrooms. It’s a bizarre version of reality in which trials begin the day after an arrest, suspects are guilty until proven innocent, and teenagers, rock stars, and convicted felons become lawyers with some regularity. Dual Destinies is set during “the dark age of the law,” in which some defense attorneys and prosecutors will take any means necessary to procure a win, even if it obscures the truth; this makes the fight for justice even harder for Wright and company.

The cases in Dual Destinies are composed of an investigation and a trial, usually-but not always-in that order. During the investigation, it’s up to the ace attorneys to collect evidence, talk to witnesses, and examine key locations. There’s no penalty for missing something along the way, since the game won’t proceed until you’ve found everything you can. These sections can be a bit dull at times, as witnesses occasionally get long-winded; sometimes it’s hard not to mash the B button just to move on with it and get to the real challenge.

The trial segments are where the Phoenix Wright series shines, and Dual Destinies is no exception. It’s very satisfying to press a witness into giving new testimony, or present a crucial piece of evidence to point out a subtle contradiction. Athena’s ability to use “analytical psychology,” also referred to as an enhanced sense of hearing that allows her to listen to emotions, adds another wrinkle to the courtroom drama. Running testimony through Athena’s computer, the player can identify feelings that don’t quite match the dialogue, giving another way to find the truth about any case. This is only available at specific instances, though; most of the time, your lead lawyer for any given case will be responsible for raising objections without help from any unrealistic gadgets. You can, however, use the 3DS microphone to shout “Objection!” or “Hold it!” when you want to present evidence or press the witness. This method isn’t any more effective than pressing a button, but it’s pretty amusing to do your best Phoenix Wright impression by shouting at the screen – though it may not be practical if you’re playing in a public place.

Messing up in court is less forgivable than missing evidence on the first pass during an investigation. With enough penalties from the Judge, your client will be declared guilty and you’ll lose some progress, so objecting to every statement and throwing out random pieces of evidence won’t get you anywhere. There are five cases to solve in all, with each of them having twists and turns along the way; nothing is ever straightforward in the dark age of the law, and the final case ties everything together in a way that’s especially satisfying.

The characters and environments are quite sharp on the 3DS, and the whole game looks more polished than it ever has before. The real treat are the beautifully animated cut scenes which occur during key story moments, complete with voice acting, a first for a Phoenix Wright game. These scenes are great in 3D or 2D , but this game was the first time in recent memory I felt compelled to push the 3D slider up. The gameplay may be mostly the same, but the presentation is definitely a step forward for the series.

Phoenix Wright: Ace Attorney – Dual Destinies follows in its predecessors’ footsteps by combining simple gameplay mechanics, memorable characters, and bizarre courtroom antics into a wholly entertaining experience. It drags at times, with pacing between the investigations and trials occasionally being an issue, but that hardly gets in the way of the fun.

Bottom Line: The long wait is finally over, and Dual Destinies is a triumphant return to the courtroom for Phoenix Wright and his associates.

Recommendation: Phoenix Wright fans will have no objections, but Dual Destinies is worth trying even if you’re never set foot in the courtroom before.