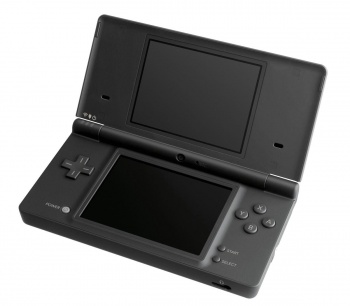 Barely a day after the 1.4.2. update went live, R4iDSN posted a video on its site displaying its solution to Nintendo’s firmware patch. This unexpected update for DSi appears to have no immediate purpose beyond invalidating flashcards. There is speculation that the update added the ability to transfer DSi data to the upcoming 3DS eShop, but Nintendo hasn’t confirmed at this time.

If Nintendo is Superman, R4 flashcards are its kryptonite. At every corner, flashcards (enabling homebrew software and pirated games) have fought against Nintendo handhelds’ anti-piracy measures and, as a result, cut into Nintendo’s profits while making money for flashcard manufacturers — most of which are made in Asia and sold for cheap online. Last April, Nintendo claimed that their 50 percent drop in European software sales was due to piracy.

The DSi was originally thought to be the end of piracy, a title that has since moved on to the 3DS. Even Nintendo’s recently released handheld faces challenges, with flashcards such as R4i Gold enabling the use of pirated DS games (but not 3Ds games).

However, it remains to be seen whether pirates will be able to go further than that. The 3DS’ robust anti-piracy features present a challenge to flashcards and their users.

If next week’s Nintendo press conference’s focus on anti-piracy (among other 3DS related topics) is any indication, it seems the company isn’t going to let down its guard any time soon.