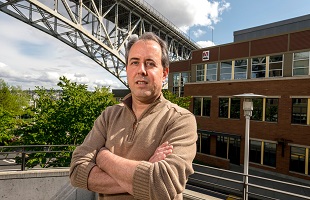 When a company like Apple wants to settle a lawsuit for millions, you kindly say “no thanks,” and ask for a “b” instead of an “m.”

The trial is set to start later this month, but Apple and Co. want to settle up now, to the tune of $324 million dollars. The settlement was negotiated by the plaintiff’s attorneys, but Devine sent a letter to the judge last weekend, in which he asked her to reject the settlement.

Devine’s logic: The 64,000-strong Class lost an estimated $3 billion in wages during this period of collusion. In a successful antitrust lawsuit, the damages number could triple to $9 billion. $324 million versus, at minimum, $3 billion? Now you can see why Devine “wants a chance at real justice.”

And shouldn’t Devine and the Class get it? It would be one thing to settle that highway rear-end lawsuit for car repair money, leaving behind that neck injury you may or may not have been milking. It’s another to settle with some of the world’s largest corporations who just spent the last some-odd years actively deflating your worth as a worker, along with tens of thousands of others.

Devine has set up a website for his cause, called Tech Worker Justice. So far it’s just a simple WordPress page outlining his initial settlement rejection moves.

Penny for your thoughts? Drop ’em in the comments.