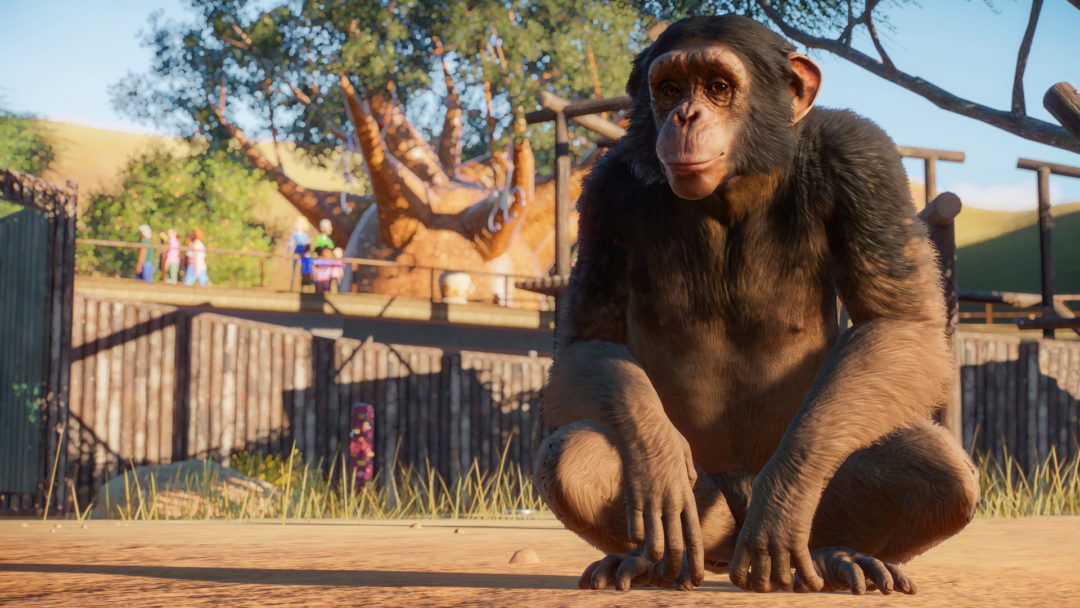 The vertical slice on display comes from the game’s seventh chapter, set in the tropical Indian subcontinent. The level’s setting influences the zoo’s architecture, which crosses traditional Indian palace-like structures with colorful New Delhi-style avenues to accommodate foot traffic. The desert environment will also offer a number of unique challenges that aspiring digital zookeepers will need to overcome, including the sweltering temperatures and limited water supply.

The importance of clean water is one of the issues that comes up in the Planet Zoo video, in fact. The demo on display is a preview build that was on the show floor at Gamescom, which featured numerous operational challenges that needed to be overcome. One such problem was that the water in the gharial habitat was filthy, which can lead to animals being unhappy or even getting sick. The solution involves integrating a water treatment facility into the grounds of the zoo, ideally out of the guests’ view, since it’s a bit unsightly.

Other problems solved in the preview include gussying up the habitats of the pronghorns and tapirs to ensure they have the flora and toys necessary to keep them satisfied and, more seriously, contending with an escaped 4,600-pound Indian rhinoceros.

Planet Zoo comes out Nov. 5 for PC. An open beta will run from Sept. 24 to Oct. 8, which can be accessed by preordering the game on Steam.