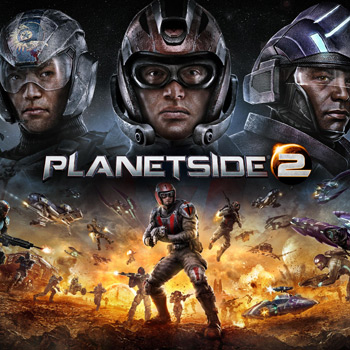 Today, the president of Sony Online Entertainment revealed that PlanetSide 2 will be delayed until 2014.

Shortly before this summer’s Electronic Entertainment Expo, Sony Online Entertainment revealed that DC Universe Online and PlanetSide 2, two of the company’s most popular MMOs, would be heading to the PlayStation 4. Unfortunately, only one of these titles will be ready next month.

In an interview with Bloomberg TV, John Smedley, the president of Sony Online Entertainment, confirmed that PlanetSide 2 will miss the PS4’s November 15th launch. Smedley was understandably vague about when the game would actually hit the market, but did say that gamers will have to wait until 2014.

“We’re actually helping the Sony PlayStation 4 launch on November 15 by having our free-to-play game, DC Universe Online, actually come to the PlayStation 4 for its launch,” Smedley said. “And we’re going to be following up that in early next year with our next game, PlanetSide 2, for the PS4.”

The fact that PlanetSide 2 is free and already has an existing fan base should help it find a foothold in a genre that’ll soon become populated with games like Destiny and Titanfall. But Smedley understands that free-to-play titles often need some extra oomph if they want earn enough money to stay alive. “The game literally has to be the best,” he explains. “If you want people to pay for it, you better give them something amazing, because they can play for free as much as they want. So you have to do something amazing to earn their money.”

Walmart Taking Online Preorders for Xbox One and PS4 Bundles