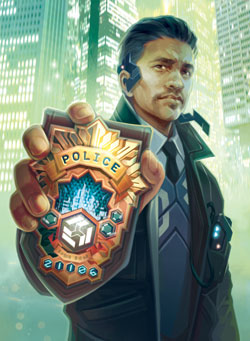 Fantasy Flight Games is making big, unprecedented changes to some of its biggest competitive products and some gamers are not happy about it.

Runners and Corps, Rebels and Imperials beware: some big changes are coming to your favorite games. Fantasy Flight Games has released its plans to rebalance two of its biggest competitive products, Android: Netrunner and Star Wars: Imperial Assault.

The changes are meant to address some of the most prolific strategies in each game’s competitive scene, ideally allowing new ideas to blossom. It would be hard to argue that no change at all was necessary, but some players might be upset over the details.

In Imperial Assault, a miniatures game set in the Star Wars universe, players can either play campaigns as Rebels versus the Empire, or in a two-to-four-player skirmish mode. The list – meaning the squad set-up – that dominated the skirmish game from the very beginning is known as “Four by Four,” and used four Royal Guard units backed up by four Imperial Officers. This allowed for a huge amount extra movement and defensive capability. Both players in the game’s championship finals this year were playing “Four by Four.”

The changes to IA mean that Officers can’t give free movement points to other units quite as efficiently, while the Guards are unable to protect each other, only non-Guard units. At the same time, the Rebel’s Saboteurs have taken a hit to their ability to tear through squads of clumped together units like tissue paper.

Android: Netrunner is a competitive card game, wherein one player takes on the role of a computer hacker, or Runner, and their opponent plays a megacorporation (a Corp) trying to keep them out of their servers. It’s an asymmetrical heist game, and FFG’s changes to it are aimed at strategies both old and new.

Notably, from the game’s Core Set, the cards “Desperado,” “Parasite,” “Yog.0,” “Astroscript Pilot Program,” and “SanSan City Grid” have all been nerfed. Players can still include the cards in their decks as they are, but at a greater cost. Normally when deck-building, players use “influence” to include out-of-faction cards in their decks; the cards subject to FFG’s changes will now cost extra influence, even in-faction.

The changes also affect some favorite cards that have come out since the Core Set, such as those found in the world champion’s deck, so if you play in the competitive scene you should take a look at how your own decks might be affected.

Update: the Star Wars LCG (Living Card Game) has also undergone some changes about how its list of restricted objectives work. Now, specific objective sets cannot be combined together. Check it out!

X-Wing Miniatures will require, in tournament settings, use of the new damage deck that comes with the The Force Awakens core set.

Celebrate the New Year by Watching a Russian Light Up 10,000 Sparklers