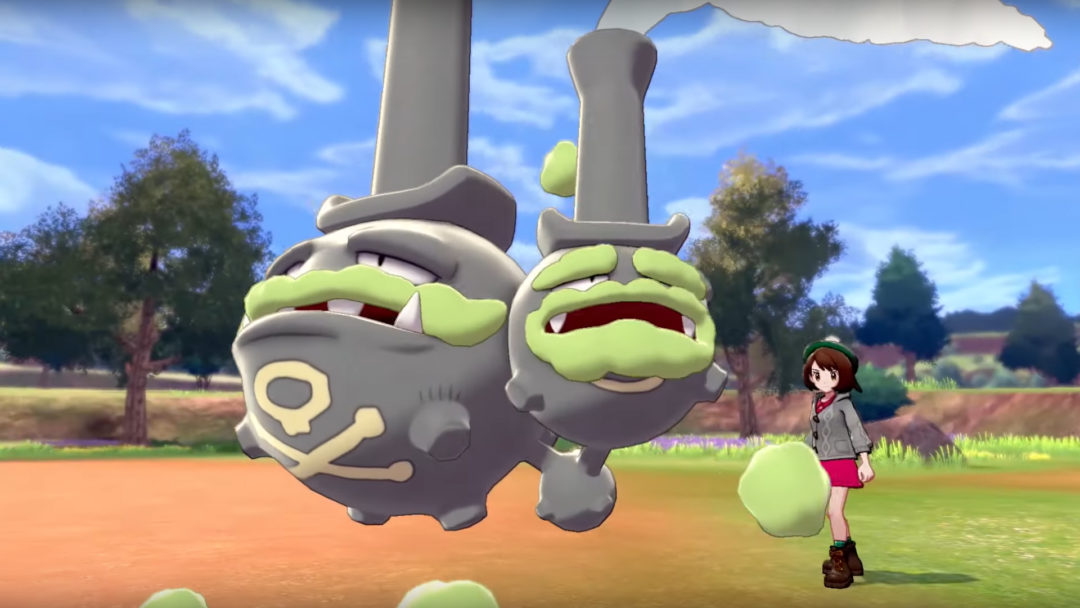 The Galar region of Pokémon Sword and Shield will have special regional creature designs.

Regional Pokémon were first introduced in Sun and Moon, whose Alola form critters were new spins on existing designs that were better suited to those games’ Hawaiian-inspired climate and culture. Now, Sword and Shield will do the same for Galar, the series’s riff on the U.K.

In a new teaser, The Pokémon Company gave us a glimpse of Galarian Weezing, Zigzagoon, and Linoone. Galarian Weezing is a Poison/Fairy-type Pokémon. His new chimney-like head growth and foaming mouth make it resemble both the Victorian-era factories that made England an industrial world power and the fat cat robber barons who typically owned them. Galarian Zigzagoon and Linoone are Dark/Normal-type and feature a starker black-and-white color scheme than their typical earth tone design.

The new teaser also revealed an entirely new Pokémon with a unique gimmick. The Pikachu-resembling Morpeko is an Electric/Dark-type mon with an Electric attack called Aura Wheel. When it switches from “Full Belly Mode” to “Hangry Mode,” however, it gets a black-and-purple makeover, and Aura Wheel gets converted into a powerful Dark-type attack.

Also on display in the new trailer are two new rivals, the smug-looking Bede and punk rocker Marnie. Marnie is backed up by the fanatical Team Yell, who support her by waving their team scarves over their heads and blowing on vuvuzelas, in true football hooligan fashion.

One final new feature revealed today was the Poké Jobs system, which players can use to send their buddies off to perform odd jobs in exchange for experience points and items. It looks to be an alternative to the series’s traditional daycares, where Pokémon could be left to gather experience points while doing nothing in particular. It’s basically a Pokémon Labor Exchange — geez, Galar really is the UK.