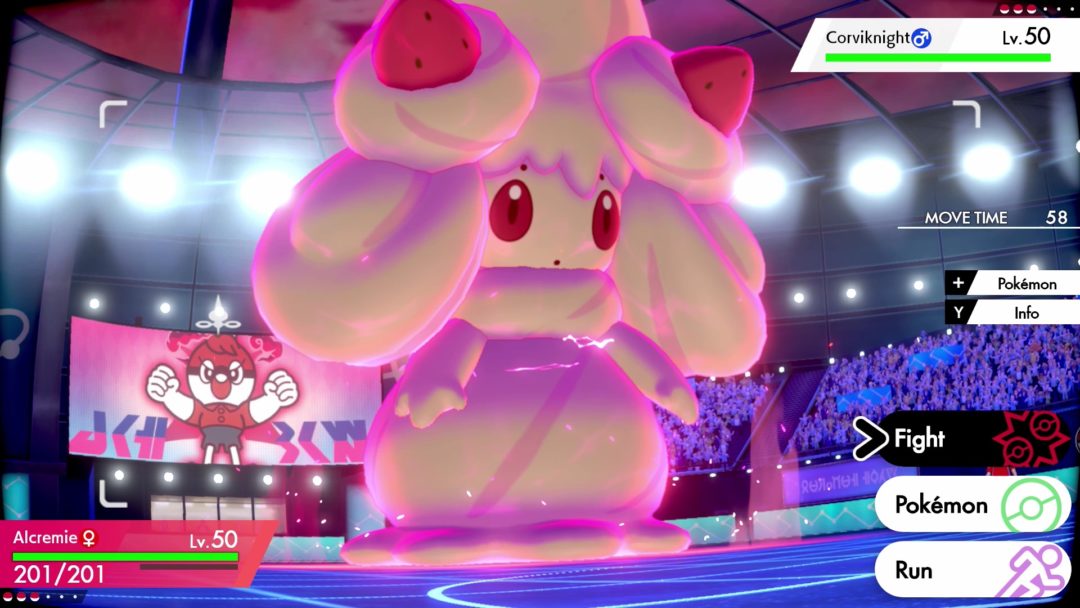 New details about the upcoming Pokémon Sword and Shield have been released, including new Pokémon, title-exclusive gym leaders, and Gigantamaxing.

It’s a series convention for each version of a Pokémon game to have some unique critters, but Sword and Shield will have unique gym leaders as well. The official Pokémon website has revealed that Sword players will face off against the Fighting-type gym leader Bea, who in a new trailer commands a Hitmontop, while Shield players will contend with the Ghost-type gym leader Allister, who battles with a Mimikyu.

Also revealed was a unique wrinkle in Sword and Shield‘s monster-enlarging Dynamax mechanic called Gigantamaxing. While most Pokémon will retain their usual appearance when Dynamaxed, special Gigantamaxed mons will change in form and gain temporary new abilities. Gigantamax Corviknight is supported by a swarm of smaller, independent birds, while the newly unveiled Alcremie will transform from a dollop of whipped cream into a towering wedding cake when Gigantamaxed. Pokémon capable of Gigantamaxing can be caught in the game’s multiplayer Max Raid Battles, which will take place in the open world-like Wild Area.