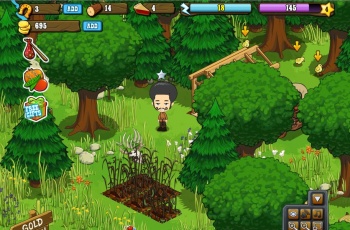 The social gaming craze may have taken over millions of people’s lives, but PopCap Games says the bubble is about to burst.

With social networking games like FrontierVille and Mafia Wars drawing in millions per month from every spectrum of the videogame audience, it was only a matter of time before so many companies tried to join in that the market became oversaturated. PopCap Games co-founder Jason Kapalka thinks that’s happening right now, and that social gaming has seen the end of its “golden era.”

Though Kapalka says it’s “pretty obvious that casual has kind of won” and that “casual is the new mainstream,” he doesn’t think just anyone will be able to jump into the social gaming market anymore. Whereas a game called FarmTown could once survive off of the success of FarmVille, and a FarmZone could survive off of the success of FarmTown, Kapalka sees a struggle ahead for those jumping on the bandwagon.

“There’s no shortage of terrible World of Warcraft clones that didn’t really work out, and you’ll see the same thing I think here,” he said in an interview with GamesIndustry. “A handful will survive, a bunch will fail. You’re definitely in the stage right now in social games where there’s a lot of bandwagon jumping, where everyone sees money, money, money and suddenly all these new companies appear … It happened before in mobile, it happened before in casual – in the past it’s tended to signal the beginning of the end.”

“You’re already sort of seeing that, a lot of the viral growth of Facebook games is now shut down, they have to do it the old-fashioned way, which is by buying ads or by having something that people are actually interested in playing and actually want to want to tell their friends about,” he points out.

PopCap will probably continue to do just fine because it’s always created incredibly addictive titles like Plants vs. Zombies that aren’t flashes in the pan. For those that seek to profit from the success of PopCap and other casual or social gaming developers, it may not be as easy in the future.