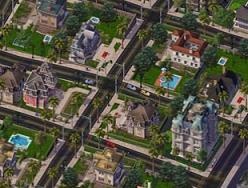 In preparation for its 2008 Breakthrough Awards starring Sim City creator Will Wright, Popular Mechanics is celebrating some of the finest architecture and city planning in videogame history.

Will Wright, whose Sim City franchise inspired the architect in all of us to build sprawling metropolises, has interested the Popular Mechanics conference staff in the world of realistic, fictional game worlds. To complete its study, the site picked four original cities (no racing game-style remakes of popular locales) from history that became more memorable than the rest of the game.

Commenters on the original post overwhelming wished Half-Life 2‘s City 17 had placed for its dystopian future setting after the fall of Black Mesa. Games have traversed lands from Tron to Tarzan, allowing anyone to have a favorite setting.

Any other locales you think should’ve made the list?