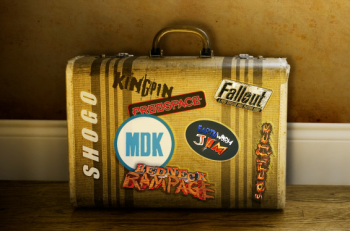 Remember when Interplay games were good? So does GOG, which is putting a bunch of those on sale to help gamers beat the summer heat on the cheap.

Can we be honest about something? Just between us gamers? Awesome. Back in the day (read: the 1990s and early 2000s), before it flushed itself down the toilet and got evicted for not paying rent, Interplay was an amazing developer/publisher with some truly brilliant games. If you happened to be a fan of titles like Fallout, Freespace and Giants: Citizen Kabuto, then today’s your lucky day: Good Old Games has just announced a half-off sale on all Interplay titles.

So, basically, every Interplay game is now going for $2.99 each. That’s even cheaper than what you’re going to find in a bargain collection at your local store (case in point: I came across Fallout, Fallout 2, and Fallout Tactics: Brotherhood of Steel all in one package at Target last night for $20), provided the games are still being sold on retail shelves. The list of discounted games also include titles like Sacrifice, Giants: Citizen Kabuto, and Lionheart: Legacy of the Crusader (though $2.99 is about all that last game is worth).

Alternately, gamers can just pick up the entire set on sale for $95.68, saving $96 from the normal GOG price. The sale is going to continue through the 4th of July.