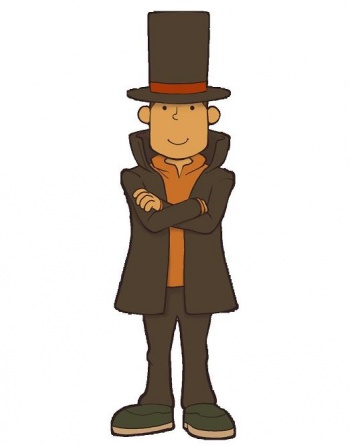 The iconic Professor Layton suit and hat might be kicked to the curb when the character goes 3D.

One of my favorite parts of the Professor Layton series is getting to play as a distinguished gentleman wearing a smart suit and a fashionable but excessively large top hat. That’s why I’m so sad to find out that the Professor might be getting a makeover in his upcoming 3DS title, according to developer Level-5.

Level-5 president Akihiro Hino spoke to Joystiq primarily about Professor Layton‘s worldwide popularity, and how its development practices have changed to reflect that. Puzzles once developed specifically using Japanese characters or references are being reduced in favor of those that won’t have to be cut for the rest of the world.

Mask of Miracle images from E3 2010 showed the exact same Professor Layton we’ve come to know and love, so either the puzzle-solver makes a change mid-game or Level-5 wasn’t ready to show off his new looks yet. The question is: What kind of changes will Level-5 make?

Will Professor Layton simply be able to swap suits and hats by earning enough puzzle coins, or will he get a complete makeover DmC style? You know, as much fun as it is solving puzzles as a gentleman, it might be even better solving them as a gun-toting, tattooed, emo bad-ass. Perhaps Layton has a mid-life crisis and Luke has to comb his hair and bring him back to his gentlemanly self, after which they both laugh about it over tea and, of course, a puzzle.