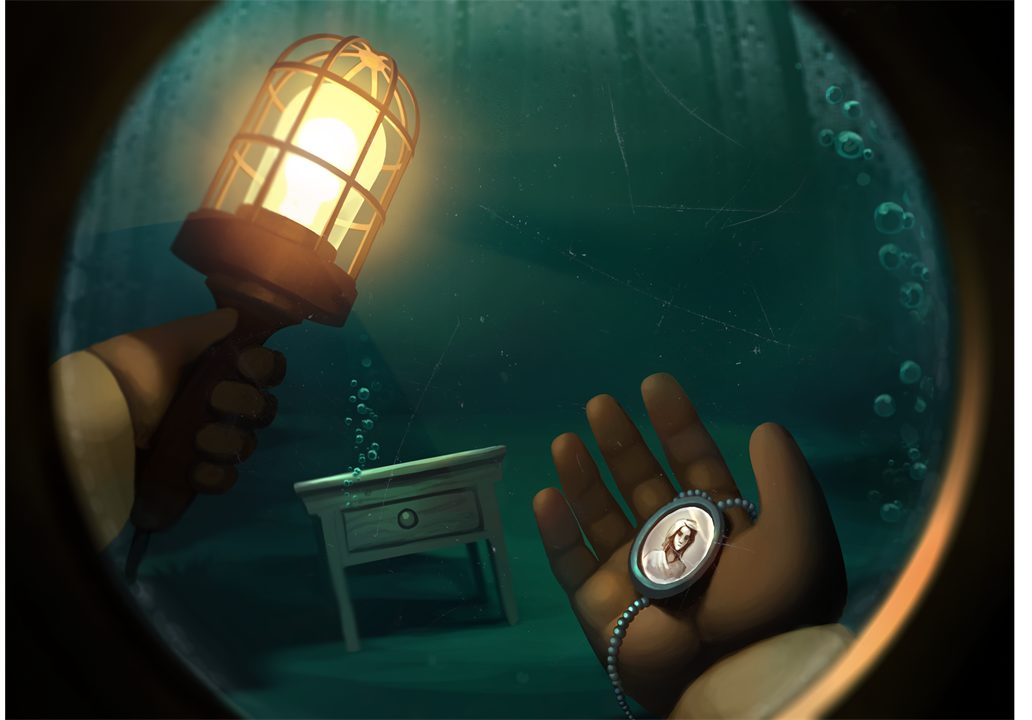 Project Thalassa is aiming to take players back in time to explore the mysteries of a sunken ship and its stories.

Developer Sarepta Studio offered a first look at its next game recently in the form of Project Thalassa’s first teaser trailer. What the trailer lacks in content it makes up for with promising atmosphere and intrigue.

Project Thalassa is a first-person psychological drama that takes place in 1905. Players will explore a sunken ship through the porthole lens of a deep-sea diver. Judging by the trailer and the website’s description alone, discovering the sunken ship’s story through a diving suit perspective could provide a particularly immersive experience.

Sarepta has been teasing its next project for quite some time with concept art and a countdown on its Twitter. Most of the art shared so far makes Project Thalassa out to be a personal and haunting tale.

Some noteworthy talent from Divinity: Original Sin 2 and The Occupation — Jay Britton and Amelia Tyler — will also provide the voices of some of the game’s cast, though their roles have not been specified.

Additionally, it seems the game may also find its way to some VR devices according to a post on Hamar Game Collective.

If the trailer, description, or concept art is not enough to convince, those curious should know Sarepta is responsible for some already critically acclaimed titles. Its latest, My Child Lebensborn, is a mobile nurture title and BAFTA winner from 2018. Before finding success on mobile platforms, the studio’s Shadow Puppeteer garnered attention from Indie Prize for its unique art and clever co-op puzzles.

With the backing of a solid teaser trailer and a critically acclaimed studio, Project Thalassa is worth keeping an eye on before it floats over to consoles, PC, and perhaps VR sometime in the future.

Another G.I. Joe Spin-Off Movie in the Works, Will Feature Chuckles