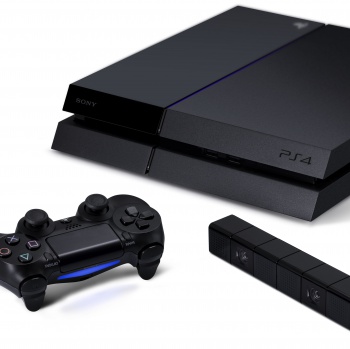 The PS4 overtakes the Xbox One and PSP in best-selling launch week.

The PS4 launched in Europe on Nov. 29, one week after the Xbox One’s multi-country launch. Already the PS4 in the UK has been said to have surpassed the Xbox One’s UK numbers. Sony’s new console sold 250,000 units in the first 48 hours, according to MCV, making it the country’s fastest-selling gaming system.

The Xbox One sold about 150,000 units in its first 48 hours, and back in 2005 the PSP launched at 185,000 units sold. Both the PS4 and Xbox One numbers are unconfirmed. MCV reports its retail sources confirm the numbers published by Chart Track.

Both PS4 and Xbox One games are selling well, as confirmed by Chart Track. Call of Duty: Ghosts was the best-seller in the UK in the week ending on Nov. 30. FIFA 14 came in second, and Battlefield 4 remained in third place. Wii U games have not sold nearly as well. According to the chart, PS4 launch game Knack, placed thirteenth, overtook Nintendo’s Super Mario 3D World at fourteenth, which launched the same day as the PS4 in the UK.

Interestingly, as well as the PS4 did in the UK, Xbox One dominated US Black Friday sales. That said, the PS4 sold a million units in its first 24 hours on North American launch. Both the PS4 and Xbox One appear to be selling well regardless of “console wars.”