BioShock was released four days ago and is already on most publications’ “must buy” lists. Reviews are trending toward 10, and everyone who’s anyone in game writing has something to say about it. But should you buy it?

We here at Team Humidor think you should make up your own mind, and to that end, have offered up the following reasons to buy (and not to buy) BioShock.

1. Everyone is Doing It

Play: You don’t want to be the last guy on the block to play it. BioShock is also a heavily story-based game. You don’t want anyone telling you who killed Dumbledore before you find out for yourself.

Don’t Play: Be original. Play Peggle for a few more hours first, then stroll nonchalantly into EB and grab a copy when it’s half off. You’re not anyone’s monkey. You’ll play what you want to play, when you want to play it.

2. The Philosophy of Objectivism

Play: There’s never been a game written with such attention to detail to a philosophical movement as extraordinary as Objectivism. Play and learn at the same time. Third prize is you’re fired.

Don’t Play: There’s a reason people don’t write games about philosophical movements. Even philosophers don’t understand half that stuff, and when they do, they’re high. All you need to know about Objectivism is this: Greed works; greed is good. Now go watch Wall Street and save yourself $60 and 20 hours. 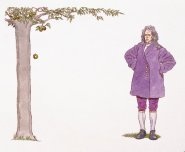 Play: We’ve been saying we want new, innovative and truly revolutionary game experiences for years. Now we have one. Whether you think it’s the greatest game ever made or not, there’s no denying the depth and complexity of the play experience. It’s like gaming Woodstock: worth playing just to say you were there.

Don’t Play: “Innovative” is sometimes another word for “hippie.” What if wrapped up in all that Objectivism hoopla is a subliminal endorsement for commercial hemp farmers? Maybe we were wrong about wanting new and different things. Change is hard. Philosophy is tricky. Peggle, on the other hand …

Play: BioShock is one of the few games out recently for the 360 that don’t require a connection to Xbox Live to get the full experience. There isn’t a multiplayer mode at all, much less a half-assed one (like Gun), and the game doesn’t suffer from it at all. In fact, it’s better played alone, in the dark, with the sound up way too high.

Don’t Play: Being alone sucks. Call a friend on the phone and set it on the couch beside you while you’re playing, so you can hear each other shriek like little girls when Splicers start falling from the ceiling and sneaking up behind you. But then someone will know you sound just like your sister Jenny when you scream. 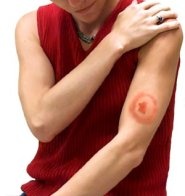 Play: If the long list of titles already available for the console, the movies, TV shows and other stuff available on the Xbox Live marketplace and the stunning beauty of the plain, white plastic case haven’t motivated you yet, BioShock‘s 20-plus hours of awesome gameplay might be just the thing. And the best part is Microsoft’s two-for-one Xbox 360 special: Buy one now and get a free one when it explodes!

Don’t Play: And the best part is Microsoft’s two-for-one Xbox 360 special: Buy one now and get a free one when it explodes! Your chances of getting 20 hours out of the first machine are slim, so beat it lickety splits. Otherwise you’ll be taking an unscheduled two-week break.

Back From PAX With More Goodies!