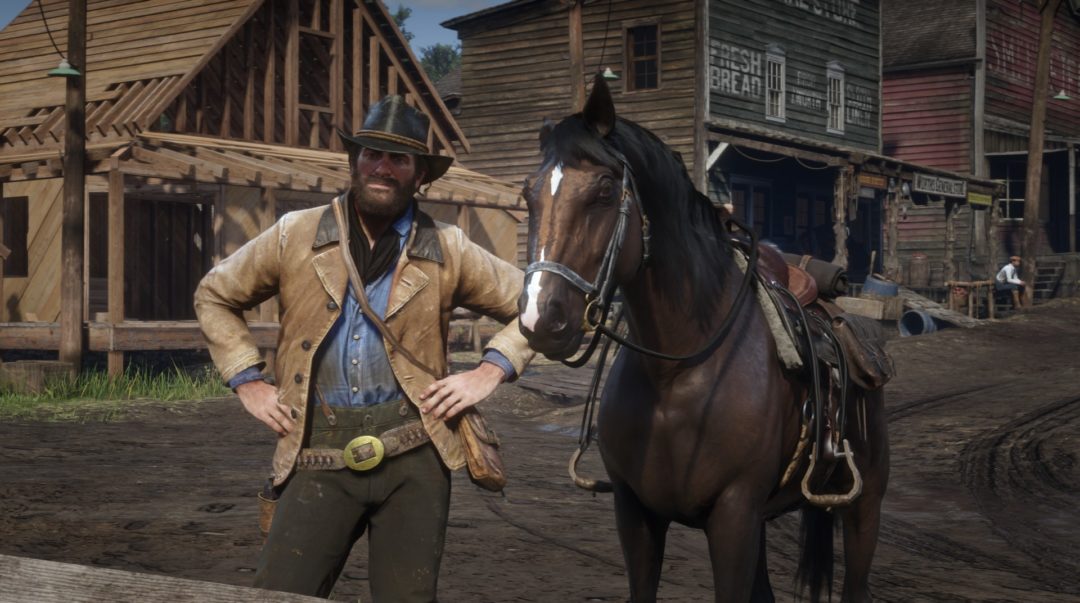 Red Dead Redemption 2 was widely recognized for its incredible cast, but Roger Clark, Arthur Morgan’s actor, may have been a little too good.

Roger Clark and Benjamin Byron Davis, who played Dutch van Der Linde, attended MomoCon toward the end of May this year and were able to play a part in a Red Dead Redemption 2-centric panel. As VG247 notes, there’s an hour of footage of the panel, but at 16:05 in the video below, Clark tells the story of how he may have taken some horsing around a little too seriously.

Before going in to record an assortment of lines for horseback-riding sections, Clark was made aware of the Red Dead Redemption 2 bonding mechanic.

For those unaware, players can increase a bond level with their horse, thus garnering some health and stamina increases as well as changing how Arthur Morgan interacts with the horse. With this in mind, Clark recorded his lines and awaited feedback from one of the assistant directors:

A couple of weeks later, I come back in and one of our wonderful assistant directors, Gethin Aldous, says, ‘Rog, we gotta do those horse lines again.’ I was like, ‘Why?’ He said, ‘Well, it’s a little too intimate. It sounds like you’re not talking to a horse.’ I was like, ‘What do you mean?’ Then he played it back.

Clark then proceeded to imitate the recording he heard with a deep, guttural “You’re all right, girl,” and an all-too-sensual “Easy girl.” So Clark said, “Yeah, you’re right. We should do those again, man.”

The panel quickly moves on from that point, but forgetting what could have been will never be easy.

The Escapist’s Yahtzee reviewed Red Dead Redemption 2 in last November’s Zero Punctuation, so be sure to check out his thoughts.