The company behind Madden 2010 is annoyed over what it sees as a failure of Americans to rally behind the national pastime, football. EA’s John Riccitiello sat down with journalists to discuss the less-than-ideal numbers:

“I blame these slow sales on the 9.7 percent of Americans too lazy to get a job,” stated Riccitiello. “Football is important in maintaining EA’s quarterly sales figures, and even though times are hard and money scarce, we must dig deep to make sure our underpaid football heroes get their endorsement deals so they can afford their summer home in the Hebrides.”

“We’ve done just about everything we could to sell the product; we put not one, but two great Americans, Troy Polamalu and Larry Fitzgerald, on the cover. That’s twice the amount of awesome as usual,” Riccitiello continued. “The American people should be more than happy with a product that is the same as the one we’ve been peddling for years, because we have new rosters!”

Madden ’08 sold 4.5 million copies in the first month, ’09 sold 2.2 million, and Madden 2010 has sold even less than that. If this trend continues, Madden will be less relevant than Brett Favre’s career within the next 3 years. 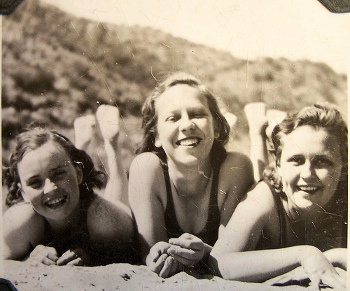 A study conducted by the NDP concludes that nearly 40 percent of gamers ask their friends about a game before they buy it. The study confirmed that your friend’s anecdotes were twice as effective as Sony’s quasi-racist advertising campaigns, and nearly 250 times more effective than Microsoft allowing Peter Molyneux discuss any game before its release date.

The sales divisions of major game publishers are already clamoring to exploit the finding. They hope to perfect a technique to insert themselves into your life over Facebook, by claiming to be that girl in high school you had a crush on. She then tells you about her monotonous existence, her desire to be free of her distant husband, and then will casually suggest purchasing an extra controller for the latest Guitar Hero game.

The makers of Super Handgun School Defender called for Nintendo to ease its ban on the word “gun” as a label for Wii shooting remotes. The company has even implied that it may pull its latest Wii title if Nintendo does not comply.

But Nintendo isn’t backing down, saying that the Wii’s history of family-oriented games such as Madworld, Deadspace and Dead Rising provide a familiar place for families to dismember zombies and aliens without the stigma that comes with calling their lovable Wiimote a gun.

“We’re not asking for that much,” said a producer for the game, firing his semi-automatic H&K MP7 in the air to emphasize his point. “Guns are part of American culture. Nintendo denying the American people’s right to call their controller a gun goes against everything that makes this country good and free. If Nintendo doesn’t love America, maybe it should leave it.” 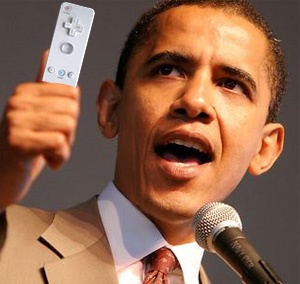 President Obama addressed children on the first day of school in order to honor his endorsement deals with several technology-based companies.

During his seven-minute speech, the president discussed the importance of staying in school, hard work and fidelity to the companies that would someday own the rights to the children’s very souls.

The following are a few excerpts from the speech:

“School is very important. If you stay in school, you could invent the next iPhone 3G with 8 gigabytes of memory and a sweet touch screen, or you could go to work for Twitter or Google as innovators in the customer service world. The important thing is that you do your homework, and stop spending so much time on Xbox Live which, by the way, is only $49.99 for a year-long gold subscription.”

“Students who sat in those chairs 75 years ago didn’t have the opportunities to invite questionably distant acquaintances to be their friend on Facebook, or Twitter about their cat’s bowel movements. You should not waste your only opportunity to do something amazing.” 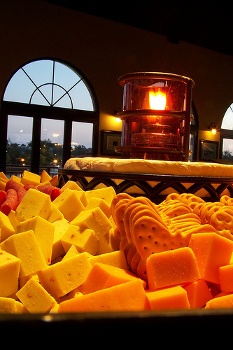 Nicolas Sarkozy has finally passed a law in France authorizing judges to impose fines and even recommend jail time for people who are caught pirating software from the internet. Users will be given two warnings to stop. On the third warning, however, their information will be given to a judge who will then decide whether downloading those Hoobastank albums deserves a prison sentence.

Mr. Sarkozy’s wife, a pop singer with three albums, Carla Bruni-Sarkozy, applauded her husband’s decision to move off the couch. She then went on to say that the new law would finally rid France of the dumbest pirates who didn’t have the good sense to use Google to find a proxy.

The French pirate community had only one comment: “Mademoiselle, ferme ta boite à camembert. No one steals your…how do you say… crappy music.”

Playing in a Guild Is Good for Your Health