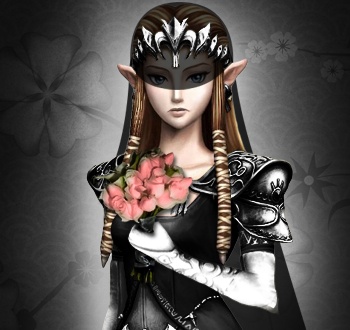 Gaming is almost 30 years old now, which means that some of the early greats are well over 50. Who will remember them when they’re gone, if not us?

Death is a sobering reality that someday every single one of us has to face, whether unknown corner store clerk or famous visionary. Nor does being hugely influential in a field of art make you immune: Beethoven and Mozart are gone, as are Orson Welles and Alfred Hitchcock. We remember all of them as great artists – but as the creators of gaming age and fall prey to life, who will remember them? Last year, tabletop gaming lost Dave Arneson, co-creator of Dungeons & Dragons; he outlived the other co-creator, Gary Gygax, by a year.

We might remember the Gary Gygaxes of this world or the Gunpei Yokois, but as John Szczepaniak writes in Issue 237 of The Escapist, many other influential figures are no longer with us – and isn’t it our responsibility as journalists to record their thoughts before they’re lost forever?

The International Game Developers Association (IGDA) has an incomplete memorials page listing over 30 industry figures, including Dave Arneson and Gary Gygax, co-creators of Dungeons & Dragons. Another early pioneer, Alan Kotok, co-developed not only Spacewar! but was also part of the team that built the first joystick. Sega’s Chairman between 1984 and 2001, Isao Okawa, also deserves special mention: Along with supporting numerous Japanese technology companies, he personally funded the development of the Dreamcast and used his own money – $695.7 million worth of stocks – to help Sega stay afloat while it moved away from hardware development and toward a software-centric business model. All of these people have left an important mark on the gaming landscape.

But since the memorials page is a constant work in progress, many prominent developers haven’t yet made the list. Few outside of England are likely to have heard of the late Jeremy Smith, but he co-developed Exile for the BBC Micro in 1988, a seminal game with realistic physics and a subterranean eco-system that did Metroidvania gameplay as well as Metroid itself. And how many could name the late, award-winning Richard Joseph, perhaps best loved for his Commodore 64 and Amiga music, including the Cannon Fodder song “War Has Never Been So Much Fun“? Then there are voice actors such as Maddie Blaustein, sibling of MGS localizer Jeremy Blaustein, who played memorable roles in games such as Valkyrie Profile and voiced Meowth in the Pokemon cartoons. There are at least 20 other names I could mention, all talented people who worked on well-loved games ranging from LandStalker to Tomb Raider.

Whenever we journalists interview someone, it could be the final record of their words committed to print. That’s a sobering thought, but as gaming grows up, it’s one we have to face. To read more, read “In Memoriam” in Issue 237 of The Escapist.