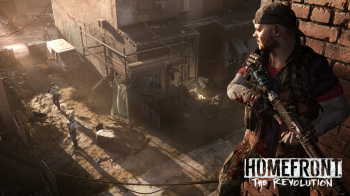 A number of staff at Crytek’s UK office have reportedly not been paid their full salary since April 16.

While Crytek was quick to refute reports of looming bankruptcy, a new report from Develop Online suggests that the company may still be in a tight spot. According to Develop’s source, a number of staff at Crytek UK have not been paid their full salary since April 21st.

While they aren’t completely working for free (the source claimed that employees had received small payments of around £700 last month), its no-where close to the full salary the workers expect. A further payment was paid on June 16th, with staff then told to expect another payment on Friday, June 27th. The source claims however “this now looks like it won’t happen either”.

Apparently, Crytek is looking to make a deal to secure money from Deutsche Bank.

In the mean time, to add insult to injury, Crytek has reportedly promoted several staff members to senior roles – which require a full three months notice if they chose to resign – but not given them the corresponding pay raise.

Crytek UK is currently working on Homefront: The Revolution under a team of around 90 developers (though that number may have decreased).

While this is all rumor and speculation at this point, it’s not the first report we’ve heard of Crytek staffers not being paid, and certainly doesn’t bode well for the company.

Get a First Look at Mad Max: Fury Road