Update 3: An update from Microsoft’s “Head of Xbox” Phil Spencer confirms that, although there are no details in his remarks about the purchase price. He did say that there would be another MineCon next year.

The accompanying video on the Xbox site has Spencer waxing poetic about why Microsoft was willing to pay a reported $2.5 billion for Mojang and Minecraft.

Update 2: Reuters is reporting that the Microsoft-Mojang deal will be announced on Monday. The source says the deal for the Minecraft developer is worth $2.5 billion, a $500 million increase over the figure originally reported.

The report says that Windows Phone is the driving force behind the acquisition, with Microsoft wanting the mobile version of Minecraft to be its killer app.

Update: Bloomberg has added to its own Mojang-Microsoft report, citing three unnamed sources who echo what is in the original WSJ report. Along with confirming the $2 billion-ish price tag, Bloomberg says the Mojang acquisition discussions started after Notch and his team had “a positive working relationship on Minecraft for Xbox.”

After completing the project (Minecraft: Xbox One Edition, based on the timetable), Microsoft and Mojang worked out a basic outline for a deal, with details still being worked out.

Bloomberg’s sources also say that Notch would help during the transition period (if the deal is finalized), but he would exit the company after that period is complete, presumably leaving him to pursue other projects and interests.

We’ve yet to see any tweets from the typically-active Notch on the matter, although someone did dig up a tweet from 2012 which fits in with this saga quite nicely (h/t Melissa)

We’ll be sure to update again if any new news arises. We have still not received an official response from Mojang, while Microsoft sent a “no comment” our way. 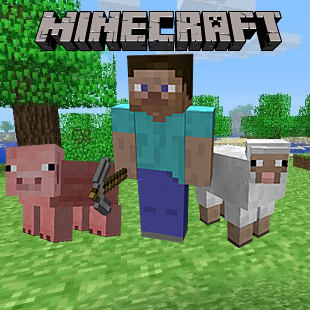 Original Story: The Wall Street Journal is reporting that an acquisition deal between Microsoft and Mojang is close to completion. The deal, according to the Journal’s sources, would value the Minecraft developer at roughly $2 billion.

Microsoft and Mojang declined to comment on the matter to the Journal. We will update this post as soon as more information becomes available.

Mojang, led by Markus “Notch” Persson, has sold 50 million-plus copies of Minecraft worldwide, on platforms including the PC, Mac, Android, iOS, PlayStation, and Xbox. Minecraft: Xbox One Edition was released just last week, as was a version for the PlayStation 4.

While Minecraft has been an overwhelming success, it’s also Mojang’s only major game release. The studio’s next big release, Scrolls, is still in development.

We have reached out to both Mojang and Microsoft about the report. Mum’s the word from Mojang so far, while a Microsoft rep sent a “We do not comment on rumors or speculation,” response our way. Notch is seemingly too busy playing with Rubix Cubes to comment

Quiz: Where Did This Geek-Inspired Fashion Trend Come From?

Superhero Duct Tape Art Will Stick With You