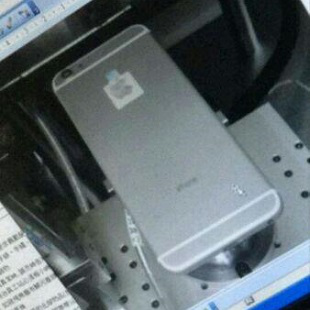 Apple will hold an iPhone event on September 9th — will its presumed smartwatch also make an appearance?

A report from Recode states that Apple has scheduled an iPhone event for September 9th, which means the next version of the iPhone will be officially revealed in just over a month (and on my mother’s birthday, no less).

Reported next-gen iPhone leaks have become the norm over the last two years — just look at the image to the right — but reveal events will never cease to be a news cycle-stopping showcase.

There are plenty of rumors surrounding the next iPhone, with many focused on the size of the device — hardware we’re calling the iPhone 6 for now. There’s a very good change the iPhone 6 will be a design departure from the iPhone 5 and 5S, if Apple sticks to its biannual design overhaul, at least.

So what’s possibly on the docket for Apple?

With a new iPhone being nearly a foregone conclusion, what about other new hardware? Will Apple finally have a smartwatch to show off to the masses? Or does its wearable tech need more time in the Cupertino oven? And what of the iPad, which hasn’t seen a refresh since last November? The last two iPad announcements came in October, with November releases, so it’s hard to pinpoint if the iPhone will share the stage with its bigger cousin.

Whatever the announcement brings, we’ll be sure to cover. In the meantime, drop some predictions in the comments.

Push For Pizza iOS App Will Change Your Life, Probably Make You Fat