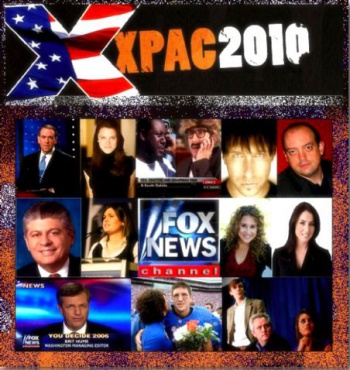 What better way to get more kids into politics than by showing them that Republicans love Call of Duty?

At the ongoing Conservative Political Action Conference, Republicans had the idea this year to bring in the attention of a younger crowd by creating the XPAC Lounge. Geared towards “Xtreme Politically Active Conservatives” (yes, it really stands for that), the XPAC Lounge is filled with videogames, Power Bars, and uncomfortable 20-somethings that probably didn’t realize what they wandered into.

The idea was developed by right-winger Kevin McCullough and actor Stephen Baldwin. Stephen Baldwin you might know from such films as Bio-Dome, while Kevin McCullough has a different kind of notoriety. McCullough is known for blogging about Mass Effect‘s publicized “sex” scenes, where he basically lied and described them as incredibly realistic interactive experiences, which was picked up on by a bunch of other idiots. It was a whole big thing.

He seems to have changed his tune on gaming, as he said of the XPAC Lounge earlier this week: “We’re gonna have the most popular games. There’ll be Guitar Hero. There’ll be Dance Revolution. There’ll be Call of Duty.” Woah, awesome dude! I love games! Republicans love games too! This must mean I love Republicans!

The XPAC Lounge is reportedly equipped with Nintendo Wiis and Xbox 360s. 10 videogame stations are available, along with old-school games, air-hockey, and foosball. Don’t even think it ends there, as a “rap/jam session” was apparently held last night, while a conservative comedy lineup is scheduled for today. I never knew conservatives were so xtreme!

It won’t be all fun and games, though, as there will be politically-oriented speakers and suits wandering around the XPAC Lounge likely using hip talk and trying to be “down.” The goal here is obviously to draw in a new, younger crowd that might not pay attention to politics otherwise, like the one that supported President Obama in the last election. I can appreciate what is trying to be done, though the methods seem xtremely heavy-handed. The luring in of college students to the CPAC through the XPAC Lounge is not unlike how a creep would lure a kid into a van with a new bike. The idea is pretty decent, though the execution is way off.