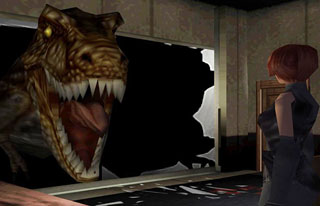 Resident Evil 7 has been widely praised since its launch earlier this year. Our own Senior Editor Liz Finnegan called it, “a welcome change of pace for a once great franchise.” But RE7 producer Masachika Kawata isn’t resting on his laurels – he’s hoping that Capcom will bring back another survival horror title from its past: Dino Crisis.

Kawata told the Daily Star that he has “a hope for in [his] heart” that Capcom could bring back the series. He should know the series well, as he worked on the original games. Kawata went on to say, “I think if you were to create Dino Crisis with modern gaming technology it would be a really exciting prospect.”

Of course, these are all just pipe dreams at the moment, as Kawata also said that “There’s not currently any conversations happening [at Capcom], that I’m aware of.” Still, if Capcom were to take the time to do a new Dino Crisis right, it would definitely have a shot at being a hit.