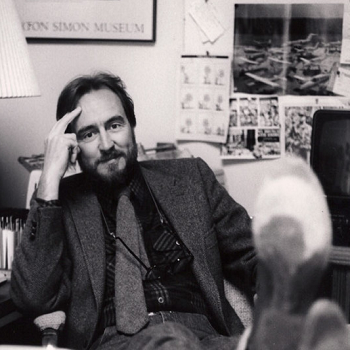 By now you’ve probably heard that Wes Craven has passed away at the age of 76 from brain cancer. Born in Cleveland Ohio in August 2nd, 1939 the legendary horror director died in Los Angeles on August 30th, 2015. Friends, family, coworkers, contemporaries, and media outlets worldwide immediately responded with an overwhelming outpouring of love for the prolific auteur that was heartwarming to see and well-deserved.

You’ve probably also heard how he redefined the horror genre with A Nightmare on Elm Street and then went on to redefine it again with the Scream series, which served as the basis for the ‘hit’ spoof comedy series Scary Movie. It’s all true of course, right down to the way he pushed the envelope with his genre bending, innovative take on horror as well as by being self-referential, avante garde, and even making fun of his earlier work in his later stuff. Less talked about, however, is that the genius who brought Freddy Krueger to life got his start working in the adult entertainment industry under a variety of pseudonyms as a writer and editor despite (or maybe because of) being raised in a strict Christian household by an overbearing religious mother. Craven admitted that he worked on tons of adult projects and is rumored to have been involved with creating the infamous adult classic Deep Throat.

Wes Craven’s first attempt at crossing over came when he made The Last House on the Left, a lurid revenge tale about a pair of teenage girls headed to a rock concert who get kidnapped by a gang of psychotic criminals while trying to score marijuana in the city. Craven financed the show for a paltry $90,000, less than most music videos cost to make. Originally planned as a hardcore release the film eventually was softened to a less graphic B-movie version. Still fans were taken in when it released in 1972 by the unsettling way Craven alternately mixed discordant and pleasant sounds over horrifically jarring images of violence and murder. In fact the film was considered so shocking at the time that there were several reports of audience members fainting in the theater, prompting MGM to advertise the movie with the catchphrase “To avoid fainting, keep repeating ‘It’s only a movie, it’s only a movie.'”

In 1977 Wes released The Hills Have Eyes, another low budget horror movie about a family road trip gone wrong that leaves the helpless travelers stranded in a barren wasteland populated by a savage group of inbred mutant cannibals. The film was originally so brutal that the MPAA suggested it run with an X rating until Craven cut it down to a more acceptable R rated version. It is considered by many critics to be one of the best exploitation films of the 70s.

Although he instantly found a fan base with his shoestring budget horror films, he wouldn’t achieve the massive commercial success he dreamed of until years later in 1984, when he wrote and directed the iconic A Nightmare on Elm Street for New Line Cinema. Based around Freddy Krueger, an alleged pedophile killed by vigilante parents who comes back to haunt the dreams of his killer’s children before gruesomely murdering them in their sleep, Nightmare went on to be a massive success and put both Craven and New Line Cinema on the map. Made for less than $2 million, the film was a box-office smash and solidified Craven’s place as a master of the horror genre. It was also Johnny Depp’s breakout role, catapulting him to stardom years before 21 Jump Street. Craven took from elements in his own life to bring his now infamous killer to life. A homeless man he saw when he was ten served as the inspiration for Krueger, whose name some say came from a kid who mercilessly bullied Craven as a child. The actual Elm Street is located in Potsdam, New York, a small town where Craven once worked as a Humanities professor (and part time disc jockey) at Clarkson College. To this day many still consider it to be Craven’s best work, including me, but I freely admit I am biased – it was one of the first horror movies I ever saw as a kid and it gave me actual nightmares for weeks on end! 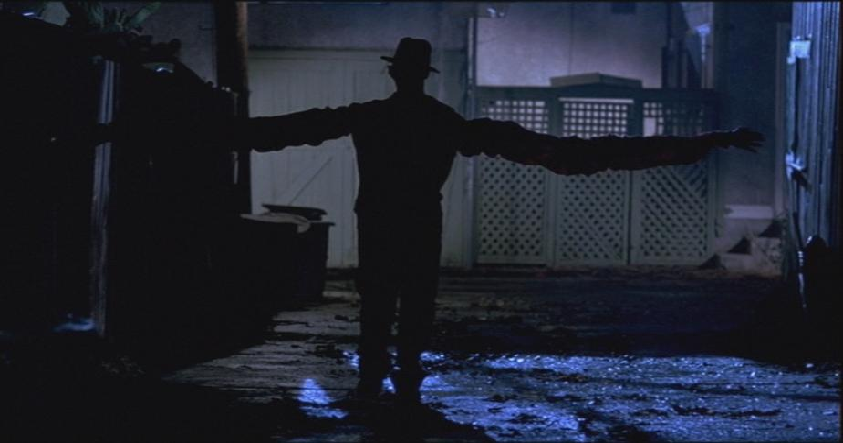 Craven went on to make The Hills Have Eyes 2, a commercial flop, The Serpent and The Rainbow, a gripping take on the zombie genre. Less known is his lackluster The People Under the Stairs, a horror slash thriller about a group of kids that break into their evil landlords house in the Los Angeles slums set in the early 90’s. Wes Craven chose Wendy Robie and Everett McGill to play the parts of Mommy and Daddy for The People Under the Stairs after seeing them play husband and wife on the hit television series Twin Peaks. To be honest: it wasn’t all that scary. I remember going to see it with some friends at a drive in theater, one of the last of its kind at the time, and laughing more than anything else. Still the movie was made for just over $6 million and grossed over $24 million… so it’s a success by commercial standards, if not a runaway hit.

In 1994, a full decade after he’d unleashed Freddy upon our collective psyche, Wes Craven decided to push the envelope harder than ever before with the jaw dropping release of Wes Craven’s New Nightmare. In this genre-defying masterpiece our beloved slasher villain Freddy Krueger warps reality when he crashes the filming of Craven’s latest movie causing horrific chaos in the process. Many people believe Craven meant the movie to be a scathing criticism of the horror film industry itself, particularly the way it cannibalizes and rips off other director’s successes through sequels, remakes, and knock offs. Given the way New Line Cinema forced Craven out for the disastrous and unforgettably bad A Nightmare on Elm Street 2 – as well as the three other sequels that followed – there is certainly an argument to be made there, but I think Craven enjoyed making light of his own previous success just as much. New Nightmare was nominated as Best Feature at the 1995 Independent Spirit Awards.

The success of his self-reflexive genre film inspired him to team up with famed horror screenwriter Kevin Williamson for Scream, an obvious jab at the slasher genre Craven helped to define years earlier. At times both funny and terrifying, the hardcore gorefest raked in a whopping $103 million at the domestic box office, which was all but unheard back then. The trope twisting, self-referential trilogy skated along nicely until Craven tried to add a fourth installment. It was the last film he would direct in his life. Although Scream didn’t thrive past its third movie release it was recently revived with Craven as an executive producer for a television version that just wrapped up season one on MTV. If you haven’t had a chance to see this witty adaptation I highly recommend it, especially if you’re a fan of the original series. I promise you that despite changing the killer’s mask it’s still extremely satisfying.

Wes Craven had a number of other movies over the years with varying degrees of success, including Cursed, My Soul to Take, Red Eye, and the total head scratcher Music of the Heart – a non-genre drama that earned Meryl Streep an Academy Award nomination for Best Actress in 1999. That same year, in the midst of directing, Craven completed his first novel, “The Fountain Society” which was later published by Simon & Shuster. He always strove to create new and original visions instead of simply following the formula and in doing so earned the respect of his audiences and critics. Though many of his most popular works are so iconic now that they seem mainstream, it’s easy to forget that at the time he created them he was well outside the realm of the predictable and safe. Craven was a risk taker at heart. Sometimes it paid off handsomely and sometimes, well, it just didn’t.

His legacy also lives in a knack for spotting talent, giving several major Hollywood stars their first break including Johnny Depp, Bruce Willis, and Sharon Stone, then and casting young, up and coming talent like Max Theriot, Emma Roberts, and Hayden Panettiere in his later movies. There is no doubt that if he were still with us he would be working on reinventing horror one final time, and most likely introducing us to the next generation of stars in the process.

Rest in peace, Wes Craven. You will be missed but although you are gone, your works will live on with us for generations to come.

Moon Hunters Preview – I Am Legend