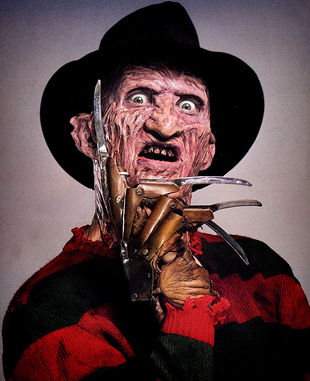 Serial killers, found footage, supernatural threats are all well and good, but it’s long past due to revive the genre that gave us Jason, Freddy and Michael Myers.

The year was 1983. The Space Shuttle Challenger was flying overhead with Sally Ride busting glass ceilings and keeping our eyes glued to the heavens. IBM was dropping their sweet PC XT and Apple would be running commercials for their Macintosh by the end of the year. The war machine was booming from Beirut to Russia to Libya to Granada. American Senators were being blown out of the sky on Korean Airlines over Soviet air space. We were all scared shitless of Russia using nuclear missiles against us, pensively going through our days with our ears cocked for a hint of some invisible signal, listening between the pauses in conversations for the distant screech of the air raid sirens that would signal the end of mankind if we didn’t duck under our flimsy wooden desks in time.

1983 was also the peak of the Golden Age of Slasher movies, with nearly 60% of all box-office sales being rung up for what was essentially a subgenre of horror films. Sleepaway Camp and the sequel to Psycho and Frightmare and Sweet 16 and Double Exposure and The House on Sorority Row and A Night to Dismember were killing it in theaters, no pun intended. Even Charlie Bronson was getting in on the fun with his thriller 10 to Midnight. America just couldn’t seem to get enough of seeing helpless, half naked women torn to pieces by psychopathic killers in new and terrifying ways, despite increasing pressure from Christian groups and appalled film critics openly asking people to stop supporting these cheaply made, thin plotted “Dead Teenager Movies.” Who would have guessed then that the genre would slowly decline over the next decade, evolving from being the top of the box office food chain to a straight to DVD punchline?

Part mystery, part thriller, and all horror, Slasher flicks usually revolve around a deranged killer stalking and slaying a sequence of victims in the most graphically violent manner imaginable. (Usually with a sharp object like a knife, machete, chainsaw or fingers made from razor blades – hence the term “slasher.”) The genre traces its roots back way before Hitchcock to the Italian Giallo film genre, which centered around enigmatic killers, epic soundtracks and gratuitously explicit violence. Director Mario Bava, credited as the man behind the idea of the body count that has become endemic to all great Slasher films, is considered by most horror experts to be the first to bring the Giallo genre to full fame with his 1963 film The Girl Who Knew Too Much. His influence still looms large, with impact as recently as the Scream franchise. 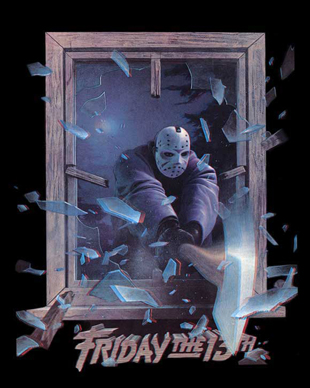 Slasher films also drew life from the Splatter genre, as well as from the exploitation films of the late 60’s and early 70’s; both thrived on comically low budgets, generous and obligatory nude scenes with top heavy babes, and shocking gore that left fans squirming in their seats yet unable to turn away. Each new release spurned on competing directors’ darkest fantasies, urging them to come up with new and inventive ways to kill their victims. One such example was Francis Ford Coppola’s controversial 1963 film Dementia 13, which was rushed into production following Psycho’s success at the box office*.

One thing that sets Slasher movie killers apart from those featured in the Giallo and Splatter genres is their dark history: generally, wrongs have been done to them, often in early childhood, and as a result, they’ve become seemingly unstoppable, impossible to fully kill. This emphasis on the killer’s motivations and backstory made it inevitable that the most successful franchises would quickly switch their focus from endangered, emotionally scarred heroines (and it was almost always a heroine), to the monster, launching the era of the horror movie antihero. Jason Voorhees, Michael Myers, The Leprechaun, Freddy Krueger, Jigsaw, Pinhead, Leatherface, Chucky, Candyman and Pennywise, they are the most famous and recognizable 20th century American popular culture horror symbols.

Another thing that sets them apart? Their staggering body counts. Jason reigns supreme to this day, with 300 plus murders over the life of his Friday the 13th franchise, the vast majority of which occurred before he went into space in the laughable last movie Jason X (not counting Freddy vs. Jason or the reboot). A former groundskeeper for Camp Crystal Lake gone mad, he taught teens to keep it in their pants if they wanted to live, a message that ironically aligned him with many of his critics, including former first lady Nancy Reagan.

* A quick aside for those of you who haven’t seen the amazing film Hitchcock: The director went through hell to get Psycho made in the first place, risking his reputation and, since he ended up having to finance it himself, his fortune. Imagine his surprise when his risk sparked a giant bandwagon! 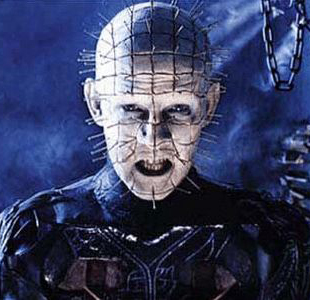 Michael Myers of Halloween fame nips at Jason’s heels with 111 bodies to his credit. Halloween wasn’t the first Slasher movie to push the limits, not by a long shot, but it was the first to suggest the idea of an unstoppable evil force that would not stay dead, a true killing machine intent on wiping out everyone in his path with no mercy. Halloween enjoyed massive commercial success, making it responsible for the explosion of Slasher titles afterward, as well as establishing many of the main staples of the genre in the process.

Meanwhile, the Leprechaun managed to take down 45 people trying to steal his gold. Freddy tore apart 42 teenagers with is fancy razor gloves. Jigsaw and his acolytes wiped out 40 people who didn’t appreciate what they had. Pinhead ripped a meager 35 people to pieces on his journeys from here to hell and back, but with the highly anticipated reboot of the series (which Barker is helming), he might just get his numbers up after all. Leatherface, one of the first iconic Slashers, tore 31 people into tiny pieces of Texas barbecue. Serial killer turned wise-cracking toy doll Chucky wiped out 30. The trench coat-wearing, one-handed, lethal bee dispensing former slave badass known as Candyman took down 22 brave souls willing to gaze at their image in the mirror and say his name thrice. By comparison Pennywise, the deranged child eating clown that sprang from the mind of horror master Stephen King, seems weak with his 9 meager kills confined to the town of Derry, Maine.

It seems like a fairy tale now to say that once upon a time, Slashers ruled the realm of horror, especially with the genre fallen on such hard times. Over the years their popularity with moviegoers dwindled: these days it’s witches and ghosts, vampires and werewolves, and always, always zombies that rake in the big bucks with horror fans. The Conjuring took in $137.5 million in 2013 followed by the Insidious sequel, which brought in $83.5 million. World War Z, which bore only the title in common with the Max Brooks bestselling novel, raked in a whopping $202 plus million dollars, making it far and away the most popular zombie movie of all time. A sequel is already in the works with Brad Pitt despite people’s insistence that the zombie fad is going to wither up and die any day now. By comparison the terrifyingly bad Texas Chainsaw 3D reboot managed just $34 million despite a no holds barred PR campaign. It was the only slasher-type movie widely released in theaters last year. 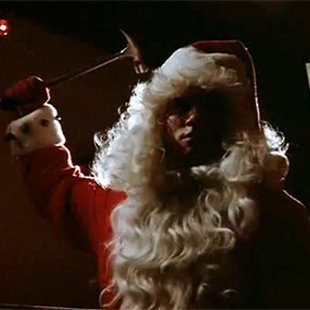 I say it’s time to change that. I’m making an open call here for the next generation of horror directors to dream up new and interesting Slasher flicks. Yes, the old franchises, much like their characters, never seem to die. Jason will be returning to television soon (hopefully this time will be better than the abortion they tried to pan off on us in the late 80’s with Friday the 13th the series.) And there is a new something in development now for IT as well. (We all hope it will be much, much better than the last, all due respect to Tim Curry.) But fuck that noise. I don’t want revivals, and I definitely don’t want any of the rehashed, warmed over reboots from the last few years. I’m talking about brand spanking new antiheroes to fall in love with, deranged mad men with tortured pasts ripping into the sweet nubile flesh of unsupervised promiscuous teenagers in isolated and creepy locations.

Half of last year’s most profitable movies were horror films. The Purge took the number one slot with a bullet. On a budget of just $3 million dollars, it managed to rake in $81 million worldwide according to Forbes. Well, Slasher films are by their very nature low budget, which makes them perfect for the job of unexpectedly screaming all the way up the box office charts and into our hearts. Hollywood is so predictable that we all know even a timid commercial success will kick start a fury of imitators and revitalize the sleeping genre.

The simple fact of the matter is that we need new nightmares, new bad guys, new ways to feel shocked and afraid and alive. It’s time we stood up and demanded them. It’s time for this generation to stop living off their parents nightmares (and bands, television shows, movies, and fashion trends for that matter) and start coming up with some shit of their own. Who knows? Maybe one of you reading this right now might be the next John Carpenter or Wes Craven or Clive Barker.