When Bloodstained: Ritual of the Night heroine Miriam was just a child, she was subjected to unethical experiments that changed her from an ordinary girl into a video game protagonist. Now her body is shot through with veins of magic crystal, which enable her to absorb shards from demonic enemies and inherit their powers. These shards give her an edge in battle, but at great personal risk. As her alchemist companion explains, if she absorbs too much demonic energy she could cease to be human.

This tension between borrowed power and individual identity is how Bloodstained frames its most central mechanic, which it borrowed from producer Koji Igarashi’s legendary Castlevania run, specifically Aria of Sorrow and Dawn of Sorrow. Bloodstained and its protagonist both have the potential to be powerful patchworks, but in pursuing that goal they know they’re risking their own souls.

Fortunately, this driving anxiety ends up being a red herring both narratively and thematically. Just as Miriam can ultimately absorb all the demonic energy she likes without sacrificing anything, Bloodstained openly and repeatedly cannibalizes Igarashi’s substantial Konami back catalogue without ever feeling like a mere imitation. Bloodstained: Ritual of the Night plays less like a retro throwback and more like a bona fide sequel from a parallel universe where Castlevania’s cultural and creative dominance never waned.

Igarashi — “IGA” to his friends, and I like to think we’re all his friends — hasn’t seen the light of day in any dignified capacity since 2008’s Castlevania: Order of Ecclesia. With Bloodstained, though, he still feels like he’s at the height of his game design powers. His collaborators are all in sparkling form, too. Bloodstained represents the triumphant return of IGA’s fellow Konami refugees composer Michiru Yamane and snubbed Metal Gear voice actor David Hayter.

The recent trend of yesteryear’s industry legends bootlegging their own properties after losing the rights to them hasn’t produced many genuine classics because most of them have tried to resurrect what was rightly dead. Nobody was clamoring for Keiji Inafune’s dismal Mighty No. 9 to bring back instantly fatal environmental hazards, and Playtonic Games’ middling Yooka-Laylee was banking on Banjo-Kazooie-style collect everything tedium being as fun to 30-year-olds in 2017 as it was to 11-year-olds in 1998.

Bloodstained plays like a sequel from a parallel universe where Castlevania’s cultural and creative dominance never waned.

The crucial difference with Bloodstained is that the so-called Metroidvania genre that IGA helped codify has been kept alive and well by a succession of talented stewards. The go anywhere, do anything eventually ethos of the genre is catnip to indie developers and inspired the likes of Hollow Knight, Iconoclasts, and Axiom Verge. And that’s to say nothing of the zeitgeist-dictating output of FromSoftware, which has been keeping the castle-raiding spirit alive starting with Demon’s Souls just one year after Order of Ecclesia. Finally getting the double jump, or whatever, and making that first trip back through an old area to discover new paths is a joy that has been lighting up players’ brains like pinball machines even in IGA’s absence, making Bloodstained a less risky proposition than previous nostalgia bombs. IGA may have been out of the driver’s seat for a lifetime in game design years, but plenty of folks have been keeping it warm for him.

Freed from the pressure of having to justify its own existence, or reintroduce new players to a mothballed genre, Bloodstained has the luxury to focus on IGA’s greatest strength: gently evolving series conventions. Numerous features in Bloodstained are inherited from Castlevania titles going as far back as 1997’s seminal Symphony of the Night, and many of them make no concessions to modernity. Non-legacy mechanics include a crafting system that can be used to construct items and equipment from raw materials. As gentle evolutions go, this one is more of a dilution. Opening a treasure chest to find a hunk of bronze that can be turned into a sword rather than a sword outright just doesn’t inspire that “new toy!” thrill in quite the same way.

But that tradeoff allows Bloodstained to offer an enormous number of weapons, and even functionally similar ones have mechanical wrinkles and distinct looks that make them feel meaningfully different to wield. Belmont-esque whips and Alucardian straight swords are both on offer, but more daring players might use daggers, spears, weaponized boots, or guns equipped with over a dozen types of ammunition. Every weapon has a special ability that can be executed with a Street Fighter-like chain of inputs, further differentiating them from one another and making weapon selection as much about personal expression as maximizing damage. You can also use the game’s surprisingly robust character customization options to pair Miriam’s haircut and outfit to her weapon like some kind of homicidal sommelier, a pleasure no Castlevania game can boast.

Bloodstained more radically pushes the Castlevania formula’s aesthetics. Count Dracula’s no-longer-titular abode changed peripherally over the years, but never strayed too far from its comfort zone. Castlevania locales have historically been painted in the rich, dark slate greys, bottle greens, and blood reds of igneous rock, velvet smoking jackets, and chewy merlots. For Bloodstained, the primary note is not stone, but the jewel tones of stained glass that inform the game’s entire palette. The title screen heralds this shift in style by filling in a monochrome render of the game’s castle with juicy reds, oranges, and yellows, then crowning it with floral typography rendered in fluorescent pink. In the castle itself, ambient light is an almost neon shade of cyan, lanterns emit purple flames, and corkscrewing columns are brilliantly gilded from floor to ceiling. If Castlevania was the quintessential Gothic video game series, then Bloodstained represents its evolution into lush, flamboyant Rococo.

Not every area in the game is as richly decorated as the others, but they all have their own unique aesthetic charm. One mid-game area is rendered in a uniform foggy grey but makes up for its bland palette with paths that intricately twist and knot around a pair of towers. This coiling level design would be impossible in traditional 2D, but completely trivial in full 3D — only in Klonoa-esque 2.5D does it come across as a thrilling feat. Intricate sprites and hand-painted environments were a big part of Castlevania’s charm, but seeing Bloodstained consistently make smart use of its 2.5D environments — tying itself into knots to ensure that its platforms make spatial sense rather than just having them float in mid-air as they would in a full 2D title — has a charm all its own.

Part of Bloodstained’s slightly too convoluted lore is that Miriam has been inexplicably asleep for the past 10 years. She begins her story by getting an earful of exposition, then is attacked by a squid with teeth, starts kicking ass, and basically never stops. It’s easy to interpret as allegorical, maybe even autobiographical — after being missing for a decade, IGA is back and ready to stretch his legs. If this was the intent, he’s being too modest. Like much of Bloodstained, IGA’s return is more reminiscent of Symphony of the Night, where protagonist Alucard awakens from a whopping 300-year slumber already so powerful that Death himself has to impose a handicap on him. Despite the time skip, Bloodstained: Ritual of the Night feels like it could have come out just a year after Order of Ecclesia, when IGA and his team were still riding a hot streak and at the height of their abilities. Even after all this time, the house that IGA built has collected no cobwebs. 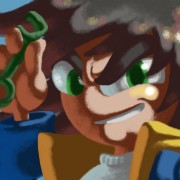 Can The Rise of Skywalker Answer the Challenges of the Star Wars Prequels?