The soul is borne out of specificity. Every person, every work of art, is the summation of individual choices and moments. Details are where the spirits come from. How fitting then that Super Smash Bros. Ultimate, the most soulful work yet from Nintendo on the Switch, is an ocean of both literal and metaphorical spirit. That madman Masahiro Sakurai wasn’t boasting. This really is the ultimate expression of the Super Smash Bros. project as it’s evolved over the past 20 years, a veritable Valhallan mead hall for damn near every Japanese video game character that’s graced a Nintendo machine since 1977. I have never played a game this endlessly specific or one that’s more delightful because of its bewildering intricacy.

Super Smash Bros. Ultimate comes off at first as a simplistic greatest hits set. If that’s all it was, it would still be an excellent game. Skin deep, this is recognizably the same goofy brawler that first came out in 1999. The game lets players take control of a broad cast of iconic characters like mustachioed Mario or lithe, living tank Samus Aran of Metroid, shoves them into lovingly detailed dioramas based on the games they came from, and then lets them slap the ever-loving shit out of each other. Though Ultimate starts with its 100 battle stages available from the start, it actually does leave you with just the same eight characters that were playable back on Nintendo 64.

Hop in and you’ll be making a bipedal fox man in a snazzy flight jacket gut-punch a pudgy pink puffball that can devour seemingly any living thing. Ultimate’s fighting has a weird rhythm to adjust to, but it’s invitingly simple once you’re acclimated to the basics. Whether you’re playing as Pokemon’s Pikachu or Zelda’s Link, the controls are exactly the same. All you have to do is pick who you like and the universal control scheme will negate the need to master a unique set of control inputs to do snazzy special moves.

All this apparent simplicity is a actually a measured, stealthy icebreaker. Don’t be afraid, says Smash. The basics are in place to acclimate the series faithful to Ultimate’s fast, rebalanced take on glorious slap fights and to ease newcomers into the flood that awaits them. Ultimate is open about the fact that you’ll go on to unlock an additional 68 characters, an absurd largess of diverse cartoon weirdoes to make comically headbutt each other, but it hides how much game there is surrounding the basic fights. It demands you discover those riches through patient, playful exploration on your own.

If Ultimate tried to describe the options available to you up front, it would make the game feel like taking a correspondence course at history’s most useless technical college. Consider the main menu of the game: there’s the Smash section, where you can set up basic fights and tournaments, which is different from Online where you can find internet opponents. But then there are vague options like Games & More and Spirits, both of which hide a nearly bottomless well of different ways to play the game by yourself. Part of what distinguishes Ultimate from Nintendo stablemates like Super Mario Odyssey or even superficially similar fighting games like Street Fighter is that it presents these options but doesn’t insist on dragging you through them one by one.

I have never played a game this endlessly specific or one that’s more delightful because of its bewildering intricacy.

Ultimate rewards curiosity rather than obsessive checklist clearing. The game doles out new fighters almost at random, declaring “A New Challenger Approaches!” when you do something as simple as exit out of the story mode. It fosters an unpredictable, organic, and empowering feel to something that might typically be tedious and systematic. The result is that by presenting you with a variety of very different challenges, all of which are grounded by the the fights that pervade every mode — Ultimate never transforms into a board game like Super Smash Bros. for Wii U or an awkward platformer like in Super Smash Bros. Melee or Super Smash Bros. Brawl’s solo adventure options — you’re consistently rewarded with new characters, art, and sheer stuff while also being slowly taught to play. The further you go, the more you uncover the fetishistic level of detail and craft put into multiple ways to engage Ultimate’s wide cast of playable characters over dozens and dozens of hours.

World of Light, the game’s massive adventure mode, is what truly transforms Super Smash Bros. Ultimate from an accessible-but-deep fighting game that doubles as a fan service museum into a gamified celebration of the medium’s history. A lush opening movie depicts Kirby, who Sakurai first created when he was 18 and remains a Nintendo staple, surviving a flashy, mysterious cataclysm that turns this amorphous universe of video game characters into enslaved automatons and disembodied ghosts. The World of Light transforms into a far-reaching, customizable action role-playing game.

Kirby starts out in the center of a painted map covered in clouds and walks between little glowing dots blocking multiple paths forward, with special totems along the way allowing you to free the main fighters so you can use them and not just ol’ Kirb. Each glowing spot is a fight against a Spirit, one of those displaced video game characters. Rather than fighting you directly, the spirits inhabit clones of the 76 main fighters and each individual challenge is tailored around the game they come from. At first these spirit fights come off as delightful, clever jokes. Fighting The Boss, the legendary antagonist from Metal Gear Solid 3: Snake Eater, has you facing off against Samus Aran in her high-tech onesie called the Zero Suit, only instead of blue it’s white like The Boss’ uniform. But you’re also fighting her in a stage surrounded by flowers where the floor is poison, just like in the climax of Metal Gear Solid 3. Defeat her, and you can equip her spirit, gaining crucial strength, defense, and other new attributes to ease the difficulty as you explore more of the map.

Wink, wink, nudge, nudge. See? It’s just like that game where Solid Snake is from! You get it. But Super Smash Bros. Ultimate swiftly stops winking and nudging, opting instead to dive into the video game equivalent of a an all-night gaming history love fest. There are roughly 1,300 of these spirits, hundreds of which are won through custom story fights that indulge such startlingly deep cuts that dispel any impression that Ultimate is a simple fan-service extravaganza. Here’s the Ashley spirit, representing the long lost lead of Cing’s Another Code adventure games on DS and Wii. She can talk to ghosts in those games, so naturally in order to nab her spirit you have to fighti Animal Crossing’s Isabelle in a matching red top along with an invisible Animal Crossing villager. See that spaceship at the northern corner of the map? You won’t go anywhere in that without Star Fox’s Slippy spirit in tow.

On and on Super Smash Bros. Ultimate goes, doling out unique fight after unique fight, all of them fast and replayable, one leading into another, nearly all of them memorable. And every single unlocked spirit offers yet another way to tweak your strategy and style. Some will let you jump higher or make you immune to fire; some can even be combined and traded in for altogether new spirits. Rather than keep them locked away in the story mode, Ultimate lets you use them in the regular matches if it tickles your fancy, opening up tens of thousands of distinct variations for just a casual sit down match. For the video game obsessive, Super Smash Bros. Ultimate becomes like some kind of good timeline version of the “Time Enough at Last” episode of The Twilight Zone where Burgess Meredith’s glasses just stay on his head forever: there’s enough time for endless celebration after all. For the folks who just know Mario, it’s a never-ending gobstopper of new color and flavors, an impossible confection with the potential for perpetual surprise.

In an age where instant gratification is an essential feature in nearly all art, Super Smash Bros. Ultimate might seem almost miserly in its slow drip and patient reveals of its staggering depth. After more than 20 hours with the game, I’d still only unlocked two-thirds of the main cast and explored half of the World of Light’s map. Rather than feel irritated or cheated by its patience, I instead found Ultimate a luxurious experience, every bit as meditative in practice as its fights were bombastic. This is a game to be enjoyed over time, to be savored with a refreshed palate after you’ve spent some time away. But where other Nintendo games like The Legend of Zelda: Breath of the Wild present their bounty as a high ideal, Ultimate never feels like it becomes routine or that  its various challenges are interchangeable. Super Smash Bros. Ultimate speaks clearly and directly to each player who comes to it, regardless of whether they came to it for a competitive fighter, an easy good time, or pristine historical curation. “Generality,” said Russian character actor Konstantin Stanislavski, “is the enemy of all art.” In its specificity, Super Smash Bros. Ultimate is video games’ champion and ally, a definitive statement for a series’ 20 year labor. 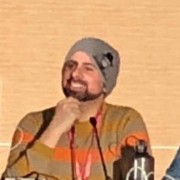 Resolve to Build a Better Life with Black Mirror: Nosedive