We Happy Few is blunt. Within minutes of the game’s start, masked office workers feast on rat guts they think are candy because they’re taking Joy, the premiere hallucinatory antidepressant of the apocalypse. The lead character, himself an office drone in charge of helping completely wipe out anything in history deemed unpleasant, wonders if there’s a such a thing as a “true self” in a world of mood-altering drugs. If it were any more on-the-nose, the scene would be up it. 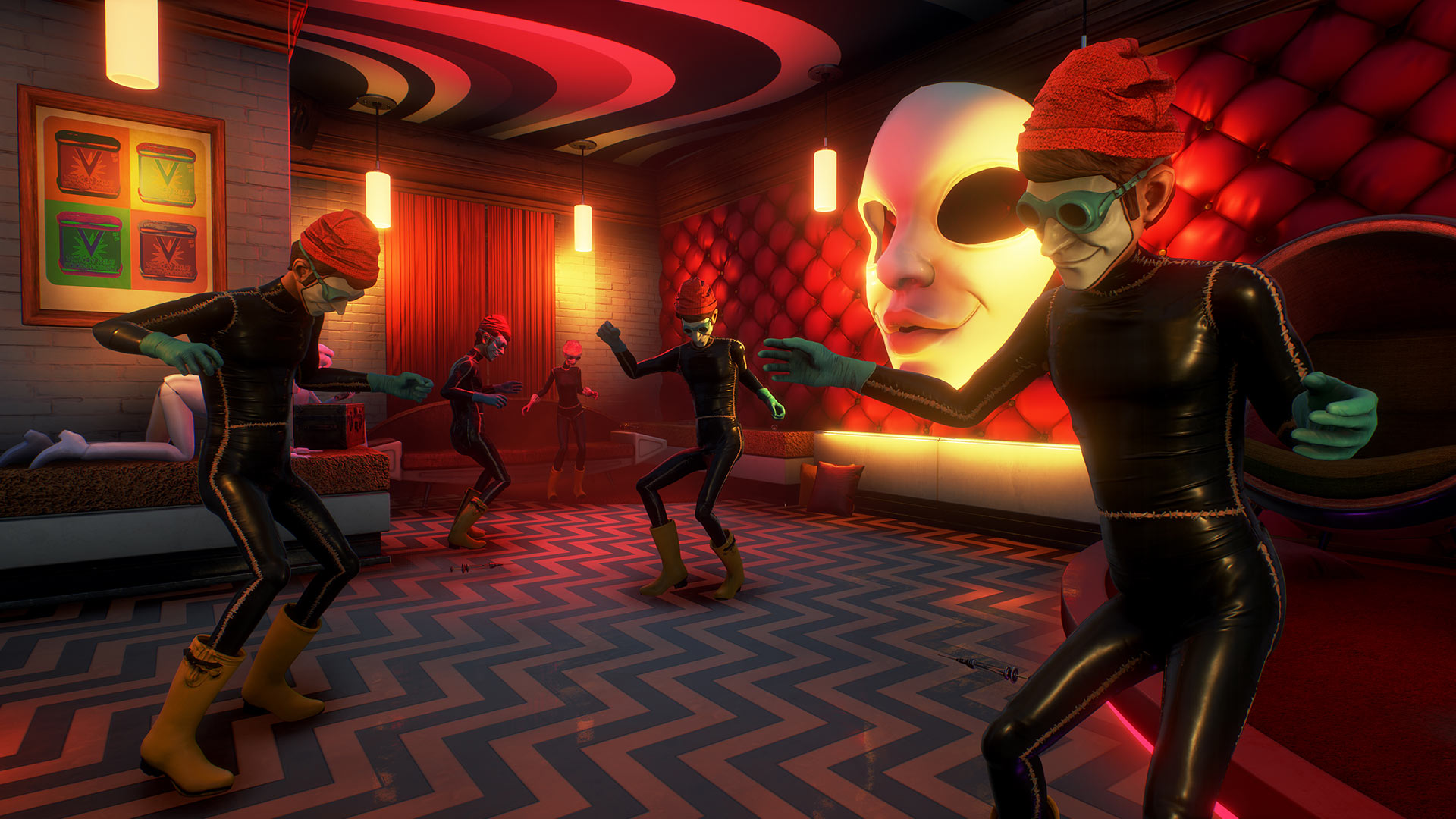 Subtlety is not a perquisite, though. Not everything needs to be hushed, feathering out meaning and insight through careful visual storytelling, brevity, and implication. Not everything needs to show you the half-eaten meal moldering on a table to explain that something very bad happened, very fast, and the people dining had to get the hell out of dodge. Sometimes it’s OK to have your protagonist walk into a room and say, “Oh shit! Things are bad! I am experiencing the most difficult conflict of my life and it’s making me question everything! Damn!” That’s just fine provided the narrative baldness is backed by meaningful character and story. We’re not still performing Macbeth 400 years later because of its light touch; it endures because the mad king’s story connects with anyone who’s ever experienced ambition or guilt, Lady Macbeth is a badass, witches spice up any tragedy, and it’s just so good.

We Happy Few‘s failure isn’t solely that it has all the grace of a pre-Cambrian volcano. Compulsion Games’ sophomore effort falls flat because the potential in its alternate universe 1960s is never realized. The inherent intrigue in its core theme – surrendering identity for security – is never given depth by characters or confrontation. It wouldn’t have mattered if star Arthur’s tragedy was more carefully revealed, if the game’s social commentary were more restrained, or if its challenges were more complex than
“steal yet another thing.” We Happy Few could have been a knife slicing through its players’ personal experiences of alienation. Instead it’s a dented wiffle ball bat clunking airily on concrete.

The year is 1964 and god opted to not save the queen. The United Kingdom is a wreck after surrendering to Germany in World War II The country is reduced to ruins, overgrown pastures, and pockets of survivors with preserved (and in some cases sci-fi advanced) infrastructure that bends to a fascistic social contract. There are those who take Joy, a hallucinatory super-drug that makes you feel like the baby-faced sun from The Teletubbies and forget all unhappy memories; these are the folks that get to live in what’s left of civilization. Then there are Downers; those poor people – both literal and metaphorical – either refuse to take Joy or for whom the effects of the drug have worn off permanently. At the beginning of the game, Arthur’s memories about a lost brother taken by the German army along with the rest of Britain’s youth are starting to bubble back up. Escaping out into the Downer world, he vows to find his brother beyond the confines of Wellington Wells and its authoritarianism-by-pills rule.

As far as setups go, We Happy Few‘s is deeply appealing for the right sort of player. If the question “What if Half-Life 2 was actually made by Ray Davies?” revs your engine, it might still be worth giving the game a cursory glance. There’s even some mechanical pleasure to be had.. Half your time is spent trying to weather this cruel environment,collecting debris, crafting new tools, and, most novelly, regulating your intake of Joy to freely exist around both townies and Downers. The other half is spent exploring , puzzle-solving, and getting into stiff, brief fights. There’s a likable balance between the survival and adventure. More than a base action game, We Happy Few adds a wrinkle to the formula in BioShock, a game that director Guillaume Provost singled out as a primary influence. 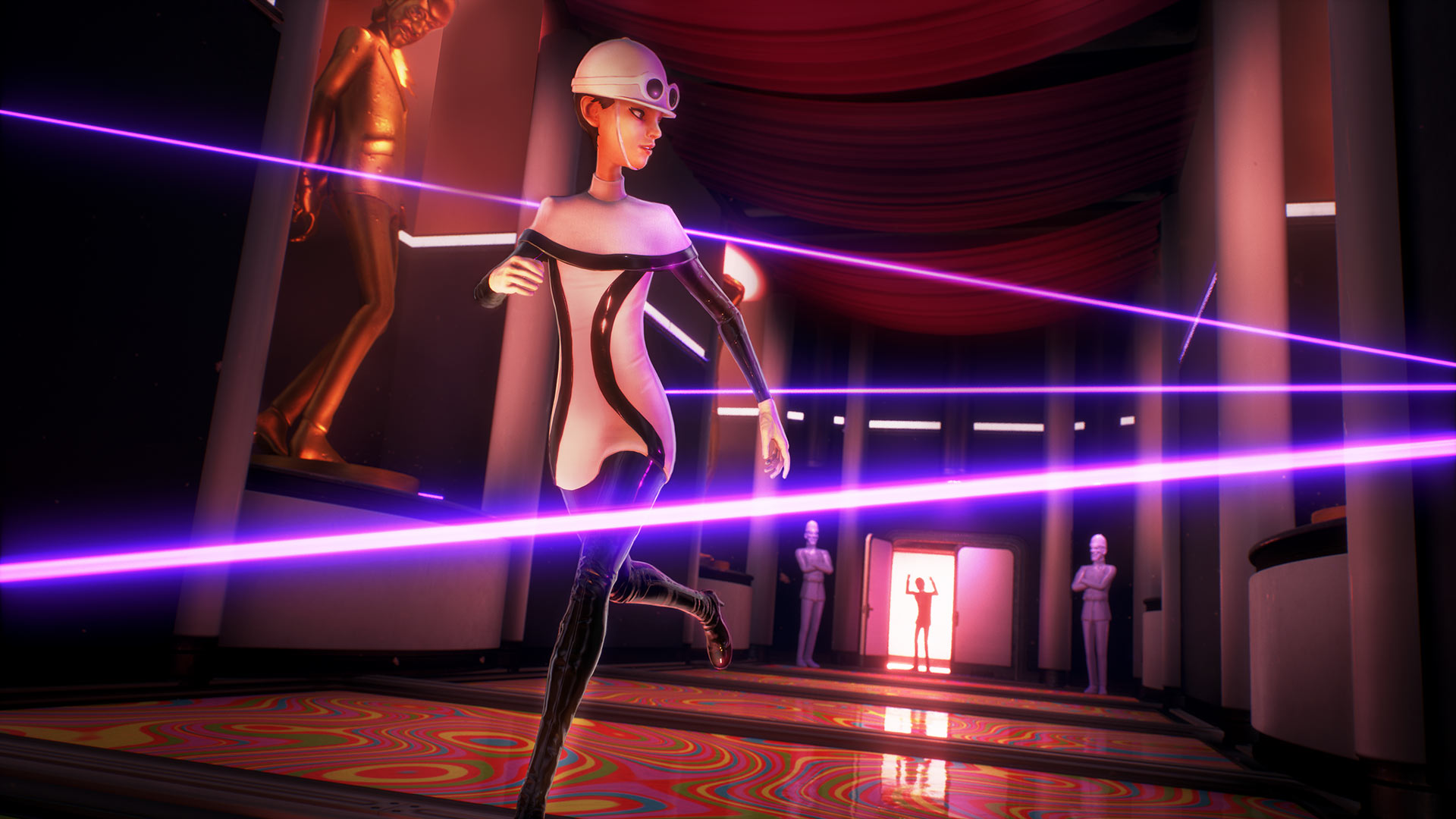 We Happy Few has what seems like a sturdy skeleton, though the gameplay is filled with glitches. Enemies pop into the landscape seemingly at random; citizens will ignore Arthur if he’s crouching right on their feet, but pursue him with bloodhound fury if he pops into their sightlines from a dozen feet away; sometimes you just can’t pick up an item that’s sitting right in front of you. Jankiness can be forgiven in the face of a good time and an affecting tale. Neither are present here. Hours into the game, Arthur rejoins the Joy-addled streets of Wellington Wells and has to break into a fetish club. Not only is it the fourth major story mission that amounts to little more than committing B&E, it lays bare the flimsy central conceit of the game. If everyone’s hopped up on Joy, why would being spanked in secret still be a kink? There’s no history in Wellington Wells, so why would shame be erotic?

Once you’ve asked one question of We Happy Few, more rush in. Why would the psychedelic movement overtake fashion and art in a Britain with no post-war nouveau riche? Why does Arthur know how to make hand-crafted materials if he’s been living in a drug-coddled world for over a decade? Where are all the animals? Is Joy bad or good in the eyes of the people using it? If Arthur’s so forgettable that he can hide on a bench behind a newspaper, why can’t he just slip past most guards? Why is the solution to every mission inevitably “run until the cutscene activates and your pursuers forget about you?” And why is everything – from the ethical complexity of medicine to the pain of survivors’ guilt – treated with the same lack of depth?

The creators of We Happy Few are not shy about their inspirations beyond BioShock. Explicit references to abjectly British-flavoured media like Monty Python’s Flying Circus, Doctor Who, Austin Powers, and The Prisoner sit alongside big tips of the hat to identity-obsessed sci-fi like Dark City. We Happy Few even references Shakespeare’s Macbeth early on to explore power’s fundamental relationship with paranoia. But these are not allegorical nods so much as they are rib-nudges from a friend with great taste. See? Get it, huh, get it? The tide of references don’t enrich the game. 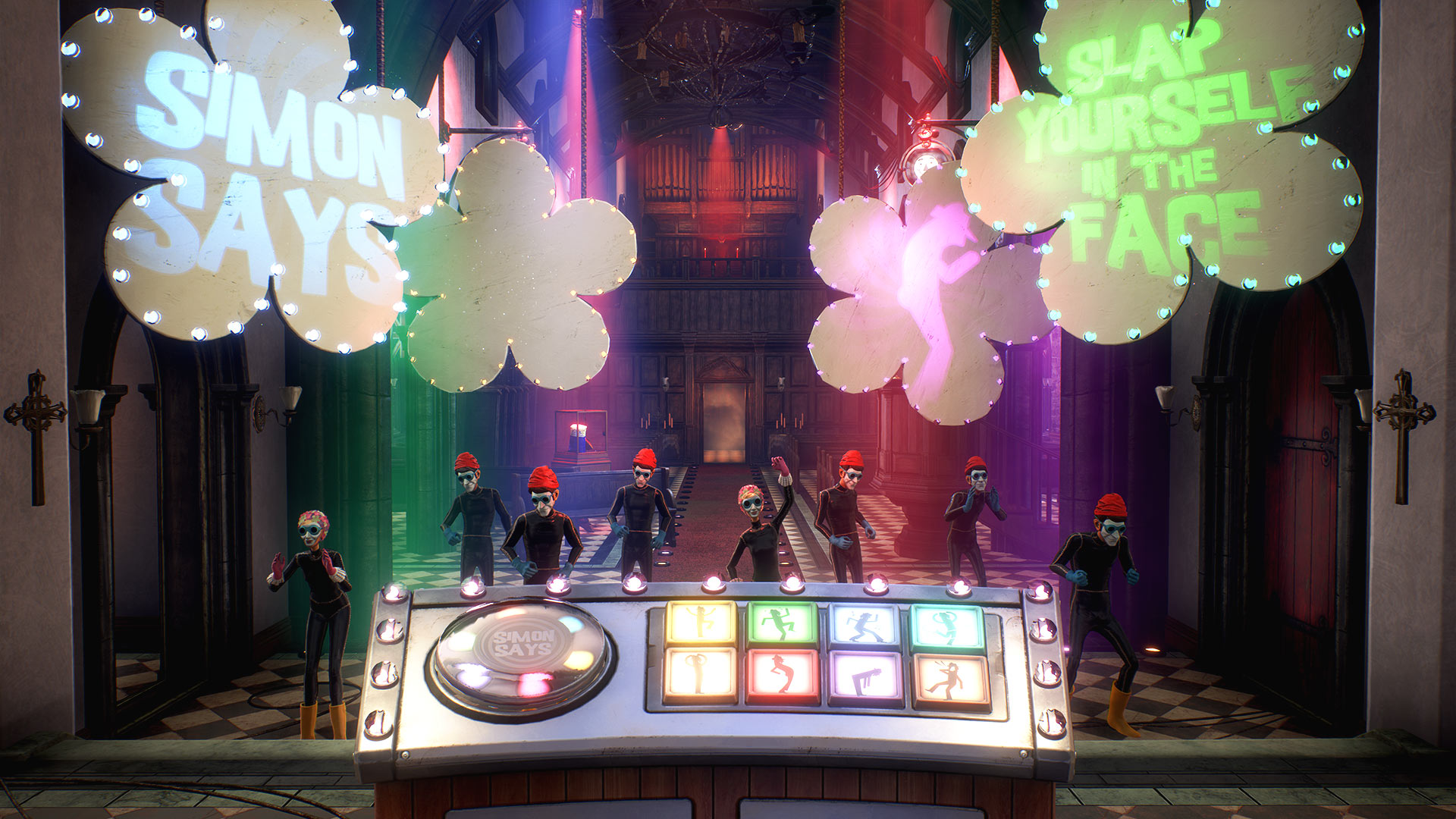 There are moments when you can see the game We Happy Few could have been. When Arthur nearly overdoses on Joy and watches the world start to warp around the edges even as a town of masked assailants slowly bear down on him, the game evokes the real nightmare of total conformity. The thought of human beings, flawed flesh and blood like yourself, trading away reason for brute happiness is even scarier when their hands are inching towards you and there’s no escape. It calls up any real experience of anxiety lickety split. But the threat’s easy to escape and even easier to forget. The difference between a great idea and a great story is subtle, but important.

Some bright spots, but overall a failure of vision.

This game was reviewed on PC using code provided by the publisher.