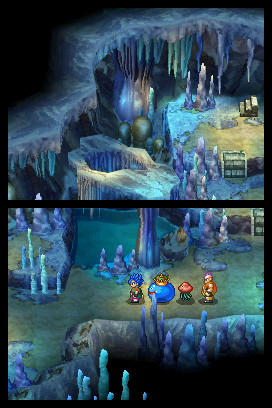 An atypical RPG fan that had been looking forward to Dragon Quest VI for more than a decade unfortunately passed away before she could play it.

Square Enix is bringing Dragon Quest VI to North America for the first time on Valentine’s Day (with an amazing pre-order bonus), but sadly, an elderly fan that had been anticipating the game for 15 years won’t get to see it. In 1996, Nintendo Power printed a letter from 76-year-old Edith Jeter of Puyallup, WA where she hoped she’d live long enough to play a localized version of Dragon Quest VI, and it just missed the mark.

Poster “Urban Champion-e” from the Racketboy Forums recently came across a Nintendo Power article titled “Enix Fans Speak Out,” quoting multiple RPG enthusiasts that were upset about games such as Dragon Quest VI that might not make it to the U.S. after the temporary closing of Enix of America. Jeter was one such enthusiast, who said: “I’m now 76 years old. I may not live long enough to see Dragon Quest VI unless someone takes action soon.”

Urban Champion-e decided to look Jeter up to see if she was still around to play Dragon Quest VI through the upcoming DS release. He evidently found her obituary, with Jeter having passed away on January 3, 2011, just a month-and-a-half shy of Dragon Quest VI‘s English localization. It’s undeniably the correct Jeter, whose obituary said she enjoyed playing video games.

Talk about a cool grandmother. Who needs friends when you can go over your grandmom’s to trade Pokemon and play co-op on Dragon Quest IX‘s treasure maps? She probably moved on to other RPGs since 1996, but damn, I really wish Jeter could have at least taken a look at Dragon Quest VI on the DS. Morbidly, her unfortunate situation gets you wondering what games we’ll all miss by a sliver when we die. If I never get to play Elder Scrolls XII, I’m going to be very annoyed.