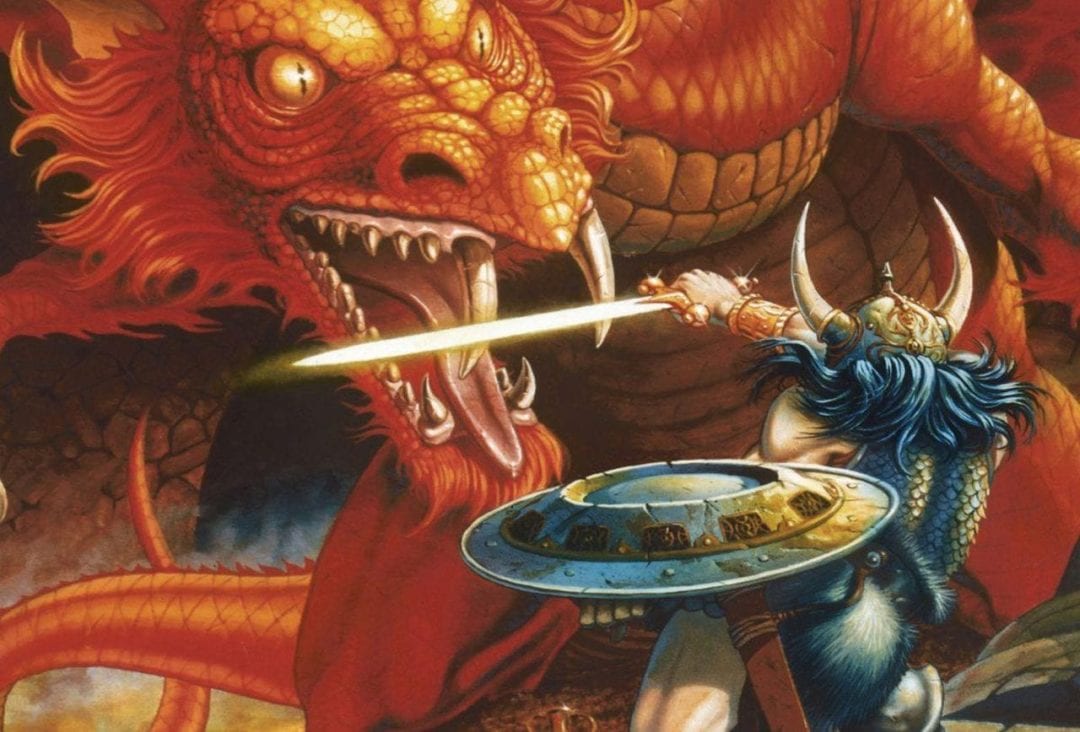 We fondly remember Baldur’s Gate and other Infinity Engine-powered treks through Dungeons & Dragons campaigns, but it’s been a long time since a tabletop RPG adaptation truly slammed its dice on the table and felt right. With the role-playing riding a wave of popularity not seen since the ‘80s, it’s worth asking whether a modern game can truly replicate the feel of a pen-and-paper adventure.

In theory, adapting the design of a dice and graph paper RPG into something that can work digitally should be straightforward. The rules, systems, and setting are already established in addition to a huge range of stories and characters to crib off of too. Features we take for granted in video gaming — hit points, levels, classes, upgradable weapons and armor — all come from pen and paper games. Even Final Fantasy started off using mechanics pulled from Dungeons & Dragons, complete with a limited number of spells per day for mages and weapon proficiencies being determined by classes.

So why aren’t we drowning in a deluge of licensed RPG games? It isn’t like people aren’t buying titles focused on forging your own narrative and stabbing goblins, but the names that naturally spring to mind are original creations such as Pillars of Eternity, Divinity: Original Sin and Dragon Age, not Dungeons & Dragons.

The latest attempt at a traditional RPG from Dungeons & Dragons was 2015’s reviled Sword Coast Legends, while the recent attempt at bringing Call of Cthulhu to consoles barely acknowledged the game that spawned it beyond a few token nods and a worrying quantity of tentacles.

2018’s Pathfinder: Kingmaker failed as well, despite the fact that it drew directly from a well-liked campaign and a popular RPG, sported some solid writing, and had an interesting take on kingdom management. Unlike Sword Coast Legends, which suffered from fairly obvious design flaws, or the warped take on Call of Cthulhu, it’s harder to see what went wrong for Kingmaker. It’s easy to just chalk it up to mistakes in development or some poor decisions, but the things that turned off critics and players bring the whole idea of porting a tabletop RPG system into question.

Playing the game was frustrating. The difficulty curve was near-vertical, poor luck could render an early-game party almost completely useless thanks to permanent stat reductions, and the need to stop and set up camp every 20 minutes or so drove any sense of pacing into the ground. Many of these problems come from the fact that Kingmaker replicated the Pathfinder ruleset almost precisely. Without the guiding hand of a dungeon master to smooth things out, those rules made for a plodding experience.

One particular moment in the game left an enormous number of players frothing with rage and frustration. Even the creator was forced to admit that this spike in difficulty was a real problem. In the game’s very first sidequest, you encounter a rough-looking alchemist who wants some goodies retrieved from a nearby monster-infested cave. While that may all sound very by-the-numbers, things start to get awkward when you encounter a handful of spider swarms that happen to be completely immune to conventional weapons.

In the tabletop game this is a learning moment where the DM can mention that stabbing away at individual beasties with your spear doesn’t appear to be effective and gently hint at alternative tactics. Even if you lost a character to the ravenous bugs it wouldn’t be too serious a problem as a great DM can weave deaths and misfortune seamlessly into the story. But in Kingmaker it was a brick wall standing in the way of your progress until you went online and complained about it, waiting for some other unfortunate soul to explain how to kill those spiders.

So many of Kingmaker’s flaws can be attributed to things that work just fine in the tabletop game — though I still hold that permanent stat drains are very much an exception — but not when you’re playing solo at your computer. Which raises the question of whether we’ll ever reach a point where a video game can truly replicate what role-playing games gain from a living dungeon master.

The answer might simply be waiting for the technology to catch up. We can look at the two Red Dead Redemption games to see how far open-world gaming has grown in just a few years in terms of simulating a living world, so it’s not too hard to imagine RPGs eventually reaching the point where the game world is truly reactive and responsive enough that Skyrim bandits stop stupidly waving daggers at a warrior outfitted with dragonbone armor and a glowing sword.

Of course, a simpler path is to accept that the different mediums require different approaches. You can find a great example of this in the third RPG adaptation to blast its way into the shelves in late 2018. Mutant Year Zero: Road to Eden shed much of the source material’s rules to craft a weird and wonderful blend of stealth, XCOM-style combat and dark humor. While it doesn’t quite replicate the feel the tabletop game, which has long been a staple in its native Sweden, Road to Eden is a thoroughly satisfying game that’s authentic enough to keep fans happy.

The final option is to simply find a RPG group to play tabletop games with. However, as that involves wrangling the schedules of a half-dozen adults you may soon find that you’d prefer to just wait for super-advanced video game technology.

Richard Jansen-Parkes
Richard was exposed to a worrying quantity of Warhammer and Fighting Fantasy books as a child, leaving a career as a freelance gaming writer as his only chance of leading a productive life. He lives in the UK, in a house filled with cats and oddly-shaped dice.

Greed Is Killer in Netflix’s Polar

Feed Your Fantasy With The Elder Scrolls Cookbook