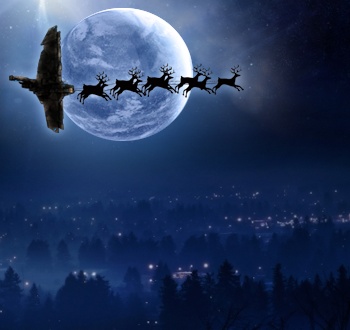 There’s something sweet about one gamer ruining Christmas for gold farmers in Eve, the kind of sweet that makes you sick to your stomach.

It was a gamer’s dream: a holiday alone without the distraction of parents, the nuisance of smaller cousins and the responsibilities of girlfriends. There was nothing to do except to game until his thumbs bled. Merry Christmas! The problem was that spending your time hunting down gold farmers in Eve Online isn’t actually the most wholesome activity to participate in on Christmas, as Jim Rossignol tells us in issue 231 of The Escapist:

It was a glorious victory – that is, until someone said “Somewhere in the world there’s an employee of a currency farming sweatshop whose Christmas we just totally ruined. His boss won’t be happy.” We laughed, but it wasn’t funny. In fact, it could have been true. “Sorry kids, I lost the battleship fleet. There goes a month’s pay.” I imagined the sad, tiny faces of Chinese children, and as my excitement and bloodlust waned, I was wracked by guilt. All’s fair in virtual war, I told myself. They were currency farmers working against the spirit (and the TOS) of the game – about as legitimate as targets come, right? Oh God, this was like a digital Christmas Carol, with all the ghosts of gamers past coming back to haunt me. I promptly logged off.

Is it wrong to engage in the terrible slaughter that can happen in MMOG on a holiday that emphasizes giving and love? Read the rest of Christmas Eve and let us know whether you’ll be committing cyber-murder this holiday season.