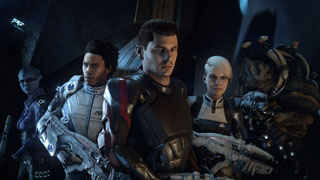 Rumor has it that the planned single-player DLC for Mass Effect: Andromeda has been canceled for good.

This would be the first game in the series not to receive any single-player content post-launch. Some were good, like Lair of the Shadow Broker, and some were not so good, like Mass Effect 3‘s Citadel. Apparently the disappointing reviews and numerous problems the game has had have resulted in Bioware cutting some planned additions.

There were rumors back in May that the series had been put on indefinite hold and Bioware employees transferred to new projects.

Today Kotaku says that it has confirmed with three separate sources that the news of cancelled single-player DLC is accurate. Bioware has still not commented on the issue, but we’ve reached out for comment.

If this news pans out, it will be a big disappointment for fans of the series. Of course, Bioware could still change its mind or make new plans. After all, the only constant in this industry is change.

Get the Real Action Crossbow Set and Save 60%

How To Find All The New Breath of the Wild Masks (& Outfits!) In The Master Trials DLC