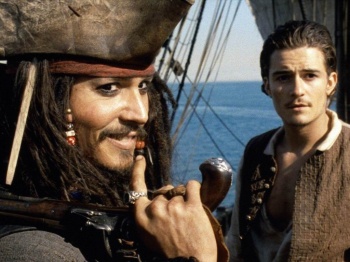 Hot Shots Tennis and MotorStorm: Arctic Rift have apparently fallen foul of Sony’s mission to protect the Vita from hackers.

Having spent considerable amounts of time chasing the technology enthusiasts it deems responsible for a variety of hacks into its gaming hardware (including the infamous Geohot, who was arrested earlier this month for driving through Texas with a goody bag of organic sweeties) over the past few years, Sony released the PlayStation Vita with a little more anti-hackery fanfare than usual. While this vigilant standpoint can be seen in a few firmware updates and press releases, the suspicions detailed by one gaming and homebrew blogger on Wololo.net, if true, would seem to show them in action.

Here’s the skinny: Over the past two weeks Sony pulled a pair of PSP games called Hot Shots Tennis (lovingly dubbed Everybody’s Tennis! in Europe, insert joke about Communists right here) and MotorStorm: Arctic Rift from the PSN, ostensibly for, as the company explained to Eurogamer, “software stability improvement.”

The unofficial version of this story, however, is that both games contain features which allow players to run unsigned code in the Vita’s PSP Mode, which could be used to play homebrew titles on the Vita. In an open letter to Sony, Wololo.net’s writer explains how this loophole “could allow people to run software that would be extremely dangerous for [Sony’s] business, such as 20 year-old 8 bit games and 154 different versions of Pong.”

While the word “suspended” suggests that Sony intends to restore the games once their software is suitably stablized (and, perhaps, the homebrew exploit hole removed), the two remain offline at time of writing. According to details of the exploit on Wololo.net, the hole does not allow for any incursions into hackery, crackery, or any other kind of criminal activity.

While Sony’s official response is to be expected within the next few weeks, we’ve a window here for a little chat about what its treatment of these games signifies for the company moving forward. Will moves like this deter hackers, or only entice them to spend more time fiddling with firmware in an effort to defy Sony? Does Sony really have a choice, given how rampant piracy was on the PSP? It’s worth remembering at times likes these that the Sex Pistols’ manager was beside himself with glee when the British government banned God Save the Queen on its release; he was correct then in suggesting that making something harder for people to get only makes them want to get it more. Humans are fickle creatures, and pirates more fickle still. Of course, the entire conversation is nullified somewhat if it does transpire that Hot Shots Tennis and MotorStorm: Arctic Rift are simply suffering from software problems unrelated to homebrew exploits. Do let me know what you think, Escapists.