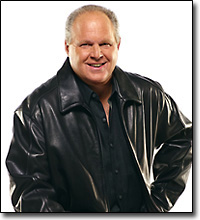 On the Rush Limbaugh show this past week, the conservative political commentator provided some strong words for the side of the videogame industry in the upcoming U.S. Supreme Court case that will determine whether or not videogame sales can be legally restricted. In Limbaugh’s mind, there’s no doubt that videogames should be protected under the First Amendment like most other forms of media.

When a caller asked Limbaugh’s opinion on the case, Limbaugh said that he would undoubtedly stick up for the videogame industry because he’s in the “free speech business.” Though he paints the law as an issue that Democrats are responsible for despite its bipartisan roots, he does agree that the market should determine what kind of content is unacceptable and that the government should stay out of videogame regulation.

“Leave your game alone,” Limbaugh told the caller. He also said that “the people that put together these video games are artists in their own right,” so he’s even picked sides in the videogames-as-art argument. You go, Limbaugh.

“If you’re gonna start saying that video games are raunchy, then how the hell do you leave cable television alone,” Limbaugh wondered, pointing out the slippery slope that a ruling could have on media as a whole. Rush Limbaugh might be a single man, but he has a loud voice as host of one of the most popular political talk shows in the U.S. If he thinks it’d be crazy for the Supreme Court to rule that videogames can be regulated in the same way as pornography, I think the videogame industry can rest a little easier until the final decision is made, though anything is possible when the case begins this week.

Limbaugh’s words can be found here.