I was never trained to write reviews for an international audience.

My college degree, officially, describes me as having earned a B.A. in Interactive Multimedia Art with a minor in Film Studies Communications, which essentially means I took painting, drawing and design classes, learned how to convert those skills into digital form and also took a set of film and journalism classes. In retrospect, it’s almost the perfect curriculum for a career in producing a show like Escape to the Movies, though that’s strictly serendipitous – “Web Series Movie Critic” wasn’t really a career that existed until several years after I’d graduated.

I bring this up to set the proper timeframe for my own period of instruction in how to do my job. I was attending journalism classes at the point where web journalism was still not a terribly mainstream presence. Oh, it was big and it was already revolutionizing the world in ways that wouldn’t be readily apparent for a few more years, but it wasn’t what people thought of as “real” journalism. Real journalists worked for newspapers, magazines and TV shows. They clutched tape recorders and scribbled in notepads, not on laptops. Internet reporters? Feh. They were either amateurs, dilettantes or discredited lowbrow sleaze like Matt Drudge.

Because the internet wasn’t “serious” yet, aspiring journalists were mostly being taught to operate in an only slightly faster-paced version of the business as it had existed for most of the 20th Century, particularly in the sense that the scope of your prospective readership was to be understood in geographic terms: If you wrote for a local paper, you were mostly writing for your neighbors. Write for a big paper? You were writing for your whole region, maybe your whole country. Really big paper? Maybe – maybe! – you could expect some international readers, but they’d be the “worldly” sort that likely understood (and expected) the American idiom when reading news from America. All of these were especially true if you were reporting on or critiquing entertainment.

But the idea that my first gig as a professional film journalist would find me filing columns and videos from my home in Boston for an outlet operating out of North Carolina to be consumed by viewers from Asia, Africa, Europe, South America and The Middle East in addition to North America? Nope, we never covered that.

As such, I remain a little amazed by how many of my reviews are met with a certain amount of anguish from readers outside the U.S. who’re being made to wait many months to see the new releases I’m reviewing, or wondering why I’m not covering films that they’ve already been watching for weeks but I won’t get to see for another month.

From the moment the majority of motion pictures began to be produced with sound, it was customary (and also the only logistical option) for movies to be released in different countries at different times. There was a production component to the delays, certainly – dubbing, subtitles, etc. – but in reality it was always all about timing for maximum profits. It’s a fact that certain movies do better at certain times of the year: Big action/adventure movies do better when children are on vacation; “middlebrow” dramas do better in the fall; minor horror films hit theaters at the end of summer so they can be on DVD in time for Halloween, while major horror comes out just before Halloween; “women’s films” are generally aimed at winter months, when it’s assumed their audience is already out shopping (a head-slappingly sexist assumption, to be sure, but one grounded in entrenched memories of a not-too-distant era when head-slapping sexism bent society to its schedule). Movies expecting to be up for Oscars come out in the fall, so that The Academy’s ancient membership will still remember having seen them when they vote in the winter. 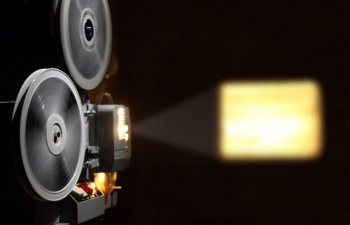 The trouble with this system has always been that every region/country runs on a different schedule. The warm/cold seasonal cycle isn’t the same. Vacations aren’t the same. Holidays and traditions aren’t the same. So, more often than not, movies that are looking to turn the biggest profit possible simply held off release until the most theoretically beneficial time in each territory. So what if people had to wait? Unless they were serious cinephiles and followed the trades it’s unlikely they’d even known certain films had been released yet, and it’s not like they could see the movie any other way.

Of course, that hasn’t been the way it’s worked for a while now. The speed and versatility of internet communication has turned even the most casual film fan into a highly-informed “insider,” and streaming downloads have turned movie piracy – once a minor irritant consisting of cheap camcorder dubs – into a billion dollar criminal industry with a serious impact on studio earnings, and both of these developments are only exacerbated by this now-outdated release system.

Even if most studios are still making enough money from their timed-release blockbusters for piracy not to be a major issue, things aren’t going to stay that way. It’s been demonstrated that “casual” movie pirates tend to act out of impatience more than lack of disposable income, and nothing drives that impatience like knowing the big movie you want to see is being withheld from you. It’s one thing to put in the effort of skulking around flea markets looking for the table with the bootlegs, it’s quite another to punch a few keys and have what you wanted streaming right into your home.

Hollywood, of course, is aware of this – that’s why you’ve seen a gradual uptick in the number of major releases that open on the same day worldwide. They know that’s the only real way to make any kind of dent in convenience-piracy, but they also know it’s fraught with issues of its own, relating to the kind of vital intangibles that give studio statisticians nervous ulcers: National pride, for one.

The fact is, any changeover to a universal worldwide release schedule will ultimately lead to said schedule lining up with whatever is most conducive to the largest possible audience, which at this point is still shorthand for “The United States.” So, if you happen to be living in a country where “vacation time” is generally December and you were hoping to take in that year’s big action film during your break, well… tough. It’ll come out in July, whether you’re having final exams or not, because that’s when the Americans are on vacation and there’s just more of them than there are of you.

And speaking of Americans, even that won’t be true for much longer. The most rapidly-expanding market for movies (and everything else, really) is China, and even though their government imposes strict restrictions on how many Western films can be shown at a time the citizen’s voracious appetite for content (and said government’s voracious appetite for foreign investment) is growing by leaps and bounds. Soon enough, it’s conceivable that they could be the ones Hollywood is building their schedule around.

The bottom line is, this is something that will get sorted in the near future, just not as cleanly or quickly as people probably want it to be. Also, does anyone know when school vacation is in mainland China? Because I think that might be something I want to know pretty soon.