How long do you think you could go without food or water? Three hours? A day? How about 70 years? Prahlad Jani is an 82 year old man that claims he has not consumed food or drink since he was 12. He’s certainly got my attention, but he also piqued the curiosity of India’s Defense Research Development Organization, who is conducting a study to see if his tactics could be implemented for military purposes.

Most people can only handle 3 to 5 days of a strict air-only diet. You can maybe make it to 50 days if you’re still drinking copious amounts of water. “Your body can survive a maximum of 3 days without the intake of water, assuming you are at sea level, at room temperature and a relative humidity,” states Bruce Zawalsky of the Boreal Wilderness Institute. So, as long as your body is not doing anything strenuous, like, oh, sweating, you’re all good. How in the world has Jani survived seven decades of hardcore fasting?

Scientists are watching Jani like hawks as he goes into his sixth day of a 15-day observation session. So far, he’s not experiencing any ill effects. He’s not dehydrated, he’s not hungry. He’s doing just fine. Jani believes he’s able to go without food and drink for one simple reason: he can live on a strict diet of spirituality because he has been personally blessed by a goddess. According to Jani, there’s a hole in his palate, into which the goddess pours spiritual comestibles that are just as good as food and water.

Military agencies aren’t so interested in the spiritual portion of the story, but they are interested in learning any techniques that Jani uses to keep his body ticking. Learning how he does it could help disaster victims stay alive until help comes, and help troops during their long stays out in the field. Fraud or the real deal, we can certainly learn something from Jani if he goes the whole 15 days without food or water. 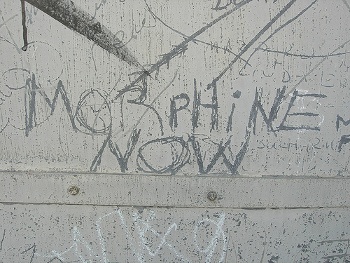 Make Your Own Morphine

You don’t need to be in horrific pain or make an appointment to get your wisdom teeth out to get a shot of morphine. Your body might just be able to make it itself.

This time, researchers injected mice with tetrahydropapaveroline (THP), a chemical found in brain cells. This chemical is also used to create morphine, and researchers were hoping for some sort of link between the two. They were onto something. The mice began to convert THP into salutaridine, the same chemical that poppy plants eventually convert into morphine. If mice can convert THP into salutaradine, it’s possible that they continue the process and eventually convert salutaradine into morphine. , it’s possible that they can continue with the conversions to eventually produce morphine.

If humans could produce their own morphine, it’s possible we could control or alleviate our own pain. Can you imagine heading to the dentist for a filling, refusing the Novocain, stating “Nah, I’ll just produce my own, give me a second?” 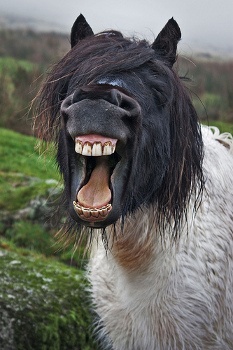 Don’t have time to exercise? Just laugh, instead.

Back in the 1970s, a man named Norman Cousins discovered the healing power of laughter. He was diagnosed with heart disease, and self-prescribed himself a diet heaping in Vitamin C and laughter. He documented this process and found that there were some tangible benefits from laughing it up. “I made the joyous discovery that ten minutes of genuine belly laughter had an anesthetic effect and would give me at least two hours of pain-free sleep,” Cousins explains. “When the pain killing effect of laughter wore off, we would switch on the motion picture projector again, and not infrequently, it would lead to another pain-free interval.”

Two researchers – Dr.Lee S.Berk and Dr.Stanley Tan have been focusing on the healing power of laughter extensively. So far, they’ve found that mirthful laughter (the deep laughter that resonates from your belly) helps regulate hormones, decreases stress, increases antibody production, and activates the body’s protective cells.

In fact, “laughercise,” as they call it, makes the body respond in the same way that physical exercise does. So, next time you’re too tired to get to the gym and still want all of the positive effects from it, (despite the weight loss, I imagine), just go watch a comedy flick. 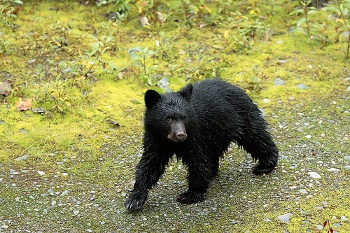 Remember all those warnings of please don’t feed the animals? Well, those are still true, with one exception. You can feed the bears now.

Bears are a bit of a nuisance. They’re really big and really hungry. They break into cars, they terrorize campers, they steal food from open picnic baskets. (I clearly learned everything I know about bears from Yogi the Bear.) Some biologists state that as humans continually move into black bear territory, bears will begin to see humans as food sources and get increasingly aggressive. However, biologist Lynn Rogers doesn’t believe this is the case.

Rogers isn’t just suggesting this because she thinks bears are cute and cuddly. She’s been running long experiments in Minnesota, where she and a team have been placing food in the middle of homes and campsites. The scientists made no attempt to conceal themselves, and no other bear attractants like dumpsters – or open picnic baskets – were removed.

During this eight year period of experimentation, only one problematic bear was removed, whereas in the three years before the experiment took place, six bears had to be removed. Further, they have also found that feeding the bears during a drought period reduced the amount of problematic bear break-ins.

“Diversionary feeding of this kind necessarily means that humans and bears will come into contact more frequently. And that’s when good intentions can go bad,” states Stewart Breck, a biologist with the USDA’s National Wildlife Research Center. “While a black bear attack is unlikely, bears are unpredictable. They’re powerful animals capable of harming people.”