After Jurassic Park came out, there was nothing more terrifying than hearing that tell-tale, hollow THWOMP and then seeing a serendipitously placed puddle of water quiver in terror. These were the only warnings before a 43-foot long, razor-toothed, Tyrannosaurus rex burst out of the brush, hungry for some human a la carte. However, if you had the unfortunate luck to be born during the Cretaceous period, you wouldn’t receive any such warnings before being devoured.

Millions of years before T-rex burst on the scene, there lived a tinier version of it, which scientists have dubbed the Raptorex kriegsteini. The pint-sized predecessor featured the same bulbous head, powerful legs, and comically short forelimbs of its later reincarnation. And it was only 9 feet tall.

The discovery of this fossil rocked the paleontological world. It was believed that Tyrannosaurus had been the unfortunate victim of a cosmic joke: Its ridiculously short forelimbs had been a trade-off for more evolutionarily advantageous features, such as being really-frickin-huge. However, the Raptorex fossil also had those same short limbs, which means that it wasn’t an evolutionary gaffe, but that the limbs were actually useful. Researchers believe the forelimbs of the T-rex could grab prey with a force of 600 pounds (as long as said prey was really, really nearby).

Raptorex was the tiny terror of its time, and as its competitors went extinct, it evolved into the larger and even more terrifying Tyrannosaurus. Paul Sereno, a paleontologist involved in the project, says it best: “This is a blueprint for a predator: Jaws on legs.” Clearly, arms are just an afterthought.

What may be even cooler than the dino itself is the way it was found: The bones were excavated in secret from an ancient lake bed in China, and then smuggled into the United States. The nearly complete fossil was then auctioned to one Mr.Henry Kriegstein, eye surgeon extraordinaire. Realizing the worth of the findings, Kriegstein donated the item back to science on the terms that it was named after his father and returned to China to be placed on exhibit.

This whole thing just reeks of Indiana Jones. Imagine: Evil smugglers have gotten hold of the most mind-blowing scientific find of the century. To protect their treasure, they break the fossil into 23 distinct parts and hide it in a vast, underground maze full of cerebral puzzlers, traps which trigger increasingly complicated ways to die, and, of course, snakes. Do I smell the beginning of an “Indiana Jones and The Smuggled Raptorex” sequel? Hey, at least it wouldn’t involve aliens. 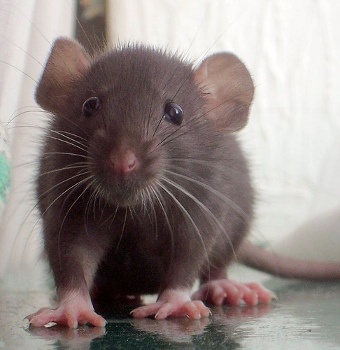 I remember listening to Mozart right before my SAT’s, desperately hoping that a quick concerto would boost my score and make up for my severe lack of studying. After receiving a horrifically pathetic score, I decided that I would study harder next time and that scientists were dirty, filthy liars.

In what was surely an attempt to win back my fickle admiration, researchers have conducted a study on the Mozart Effect. They performed a callosotomy, a procedure which disconnects the right and left hemispheres of the brain and prevents them from communicating with one another on the brains of 60 rat pups. This causes a condition called split-brain in humans.

A small portion of the brain related to spatial memory was removed from the rats right after they were born. The rats were divided into two groups, one of which jammed out to Mozart, and the other group which didn’t and were left to run into walls and drool incompetently in their cages. The group that listened to Mozart for 12 hours a day, eventually showed neural recovery after fifty days and earned a 2300 on the rat-version of the SATs (i.e. a gigantic maze).

Don’t have a Mozart CD on hand? Try picking up a copy of Kafka, renting a movie by David Lynch or just finding anything that makes you go “WTF?” Apparently, media with a surrealist slant can blow your mind just enough to make you a little bit smarter.

It works like this: When you’re shown something that legitimately makes you question everything you’ve ever known to be true, you’ll desperately search for structure in unrelated patterns. According to Travis Proulx, a researcher at UC Santa Barbara, “When you’re exposed to a meaning threat — something that fundamentally does not make sense — your brain is going to respond by looking for some other kind of structure within your environment.”

A group of participants were given a copy of Kafka’s “The Country Doctor,” a nonsensical, surrealist novel. Another group of participants read an altered version of the novel, one which was rewritten so the events and ending made sense. Afterward, both groups completed a series of puzzles, where they were asked to locate patterns within letter sequences. The group that read the nonsense story did better than the group that had read the altered version. Not only did they identify more patterns than the other group, but they were more accurate as well. 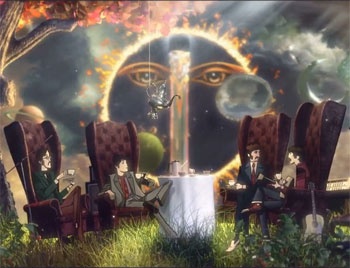 It’s Been a Hard Day’s Chord

I’m sure you’re tired of hearing about The Beatles, so much so that if you hear another mention of the insectoid band name, you’ll start stabbing people. Well, grab a knife.

The opening chord from “It’s Been a Hard Day’s Night” has puzzled musicians since they first heard its recognizable twang. Many have tried to mimic it, but none had been able to decipher the chords quite correctly. It’s puzzled fans for forty years; in the end, it didn’t take a musician to find the right tuning, but a mathematician.

Jason Brown set out to master the magical mystery using a Fourier transform, a mathematical calculation which breaks a sound into its distinct frequencies. Brown parsed a single second from the opening chord and ran it through the calculations. The Fourier transform broke the sound into its corresponding frequencies – 29,375 of them, to be specific. After narrowing that number down to a robust 48, Jason found that some of the frequencies didn’t match up to any of the instruments being played in the song. Harrison played the 12 string, Lennon played the 6 string and Paul was on the bass. Using just those instruments, all of the frequencies are accounted for, save for a single F note. So, what was making the F note?

What was missing was a piano. A piano played by one George Martin, the Beatles’ producer, in fact. Martin played five notes to help create one of the most distinctive opening chords of our time. 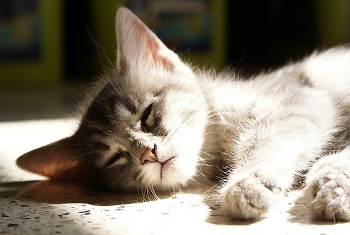 Like a feeble-legged fawn just learning to walk, Science! is taking its first precarious foray into killing two birds with one stone. That’s right: Pretty soon (and by pretty soon, I mean likely never, but hey, we can dream), you won’t have to decide between putting the lotion on your skin or getting the hose again. You’ll be able to do both.

Bear with me. Quantum mechanics completely blows my mind anytime I so much as type it into Google search. Have we all heard of Schrõdinger’s cat? It’s a thought experiment which suggests that something can exist in two states at once. Put a cat in a box, with nothing but a vial of hydrocyanic acid and a small quantity of a radioactive substance (Schrõdinger may have had some issues). If even a single bit of the Chernobyl jelly decays, a wire will be tripped, breaking the vial, and instantly killing the cat. However, the box is completely sealed and you can’t look into it. Since you cannot know whether the cat is alive, you must assume that the cat is simultaneously dead and alive (Write a song about that, Bon Jovi).

Schrõdinger’s Cat demonstrates the concept of superposition. In quantum theory, an object in superposition exists in a delicate state in which it is simultaneously in two mutually exclusive states. It’s like dribbling a basketball while at the same time spinning it on your finger. In the world as we know it, this could never happen. The ball would have to be in two places at once. But in the subatomic world, they laugh in the face of things like ‘rules’ and ‘reality.’

The state of superposition is so fragile that it has only been reproduced in subatomic particles (See: Double-Slit Experiment). Trying to achieve superposition with anything larger than an electron would fail instantaneously, what with all those pesky photons and air molecules bouncing around, ruining everyone’s fun. But scientist Oriol Romero-Isart and his colleagues believe they can reproduce this state using a live flu virus. Right, because giving a superpower to the virus responsible for some of the most rampant pandemics of our time is a great idea.

The proposed experiment would trap a flu virus in a vacuum containing two laser beams. The frequencies of the lasers are then altered to lower the vibrational energy of the flu virus, putting it in a ground state. In other words, the flu virus normally exists in a more excited state of energy and the lasers change this by moving the virus’s electrons into a different formation. The virus is now ready to be Superposition-ized.

A photon is then sent at the unsuspecting flu virus and forces – ‘infects,’ if you will (how’s it feel now, FLU?) – the flu virus into a state of superposition. Since a photon is both a particle and a wave, it already easily exists in a state of superposition. It’s used to doing two things at once. When it meets the flu virus, they exchange friendly greetings, talk about their day, and then the photon teaches his new friend a little trick. The flu virus is elevated into an excited state, while still retaining its ground state – thus, doing two things at once.

Well, my mind’s been blown. Good thing this issue of SCIENCE! is over. Here, have a comic.

A sharp eyed reader pointed out that the article on the North Pacific Garbage patch could use some clarification. The description of “size of Texas” may evoke images of a gigantic floating patch of trash large enough to land several Boeing 757’s. This isn’t the case. The bulk of the debris is actually teeny tiny, degraded bits of plastic that covers a large area. Thanks, tribkin!

World of Warcraft Returns to China