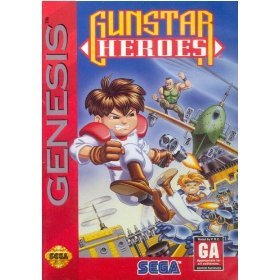 Its hard to find a gamer who’s played Sega Genesis gem Gunstar Heroes and hasn’t loved it. But the inaugural game from developer Treasure almost didn’t see the light of day when it was first shown to publishers at Sega. Speaking with website Sega-16, former Sega of America producer Mac Senour described how 12 previous producers and associate producers had passed on the game.

“If I didn’t pick it up, it was going to be rejected,” he said. “I played it for five minutes, maybe less, and threw the controller on the floor and said ‘this is game of the year.’ Every one in earshot laughed.” Where did the trepidation come from? The game’s tiny sprites. “Gunstar had small characters. We had just published, or were about to publish, World Series Baseball with a huge batter,” said Senour. “All the games were showing off something the developers of Spider-Man had discovered, a way to make double high sprites. Gunstar didn’t use this and so the others passed. I saw it as something different.”

Senour eventually persuaded his coworkers to back the game. As fans well known, Gunstar Heroes went on to become a critical and commercial success, paving the way for future games from developer Treasure such as Ikaruga, Guardian Heroes and Radiant Silvergun. Gunstar Heroes was rereleased for the PlayStation Network and Xbox Live Arcade in 2009.

There was one change to Gunstar Heroes Senour requested of Treasure before picking it up for the Genesis, though. “There’s a boss in a military uniform, and in the original version he was Hitler. I asked them to remove the mustache or change the character,” he said. Because as good as Gunstar Heroes is, even it can’t be Wolfenstein 3D.