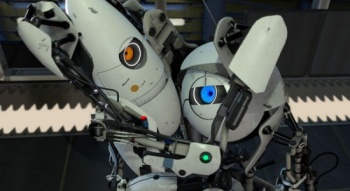 On board “immune system” lets chips route around damaged components.

Electronic components are delicate. Get them too hot or too cold and they crap out. Hit them with a hammer, and they tend to stop working. Then again, the same thing can be said for people. Much like people, microchips may soon be capable of limited self-repair.

A team of researchers at the California Institute of Technology (Caltech) claims to have developed a system for chips that allows circuits to route around damaged components while maintaining near-optimal efficiency.

In a demo of the tech, they blasted a millimeter-wave power amplifier circuit with a laser, destroying several of its components. Normally, the circuit would become useless if just one of its components were compromised. Instead, an onboard ASIC (Application-Specific Integrated Circuit) monitors the circuit’s, voltage, power and temperature. If any of those variables change, it shifts through some 262,144 possible configurations to find an optimal solution that accounts for the damaged components. 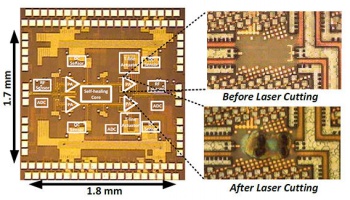 “We don’t know all of the different things that might go wrong, and we don’t need to,” said graduate student Steven Bowers of Hajimiri’s lab at Caltech. “We have designed the system in a general enough way that it finds the optimum state for all of the actuators in any situation without external intervention.”

In the demo, the chip could diagnose and account for a damaged component in 0.8 seconds with the ASIC running at 50MHz. At 200MHz, self-healing took a maximum of 0.2 seconds. Of course, outfitting every circuit with the custom-ASIC would cost a pretty penny, but the benefits would be immense for circuits designed to run for long periods without human servicing (unmanned space exploration is the first potential use that comes to mind).

So, in short; When the robots come to harvest your supple human flesh, hitting them with a hammer probably won’t work, and even if it does, they’ll just heal straight away anyway. Thanks, science.

Controversial God of War: Ascension Trophy To Be Renamed