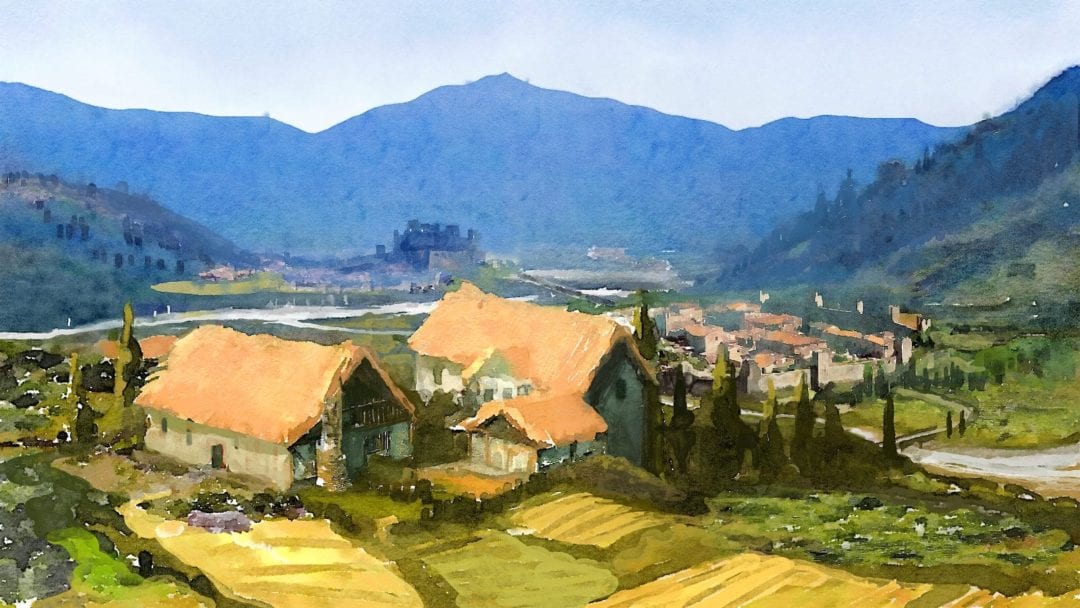 At the Gates begins.

Jon Shafer used to be the strategy game wunderkind who got started making mods, mentored under the legendary Sid Meier, took over Meier’s signature series as lead designer of Civilization V, and famously declined to stick around to make Civ VI so he could go indie. That was more than six years ago.

These days, Jon Shafer is an almost-failed indie game developer deeply in debt and reevaluating his life and choices in the run-up to the release of At the Gates, his seven years in the making 4X strategy game, the game that Shafer says “almost destroyed [him] as a person.”

In 2013, I spent couple of days in suburban Detroit with Shafer and his teammates Kay Fedewa and Jonathan Christ. Shafer described to me how he cashed in his savings to fund the game and launch a Kickstarter. At the time the Kickstarter had not yet succeeded (it would go on to raise over $100,000). I asked him what the worst case scenario would be, if the Kickstarter failed to fund, or didn’t raise enough to finish the game.

“Well, I’ll sell my house and sell my car,” he said. We later went for tacos in that car in question. It was a very nice, very new BMW. I asked if he was sure.

“Yeah. I don’t need it. I need my computer. If I had to sell my computer, that’d be a problem. But my house is a house. So what? I can get another house, another car. Whatever.”

He did, in fact, have to sell his car. And his house. Also his computer.

“All of those things happened,” Shafer tells me today, via Skype. “I played around with ideas until I burned out and ran out of money.”

I ask him if he underestimated how much he still had to learn at places like Firaxis and Stardock, where he benefited from established design pipelines and very clear expectations. He says there’s no question.

“The idea of going independent is you’re free, [but] in exchange, you’re your own boss.”

Shafer thinks he was a terrible boss for himself.

“I didn’t start this game to get rich. It seemed cool, and I wanted to have fun.”

And he did have fun. He only worked on what was fun, in fact. For months. And he had “no specific plan for how to finish.” That approach led to missed deadlines, with inordinate amounts of time spent on minor parts of the project. (At the Gates will, as a result, have “the best tooltip system in any piece of software,” according to Shafer). Burned out, Shafer eventually sold his belongings, cashed in his retirement fund, took out loans, worked other jobs, and ended up in Stockholm where he has started over. Now he occasionally works for Paradox Interactive, is dating someone new, and is diligently finishing At the Gates.

Shafer announced a release date, at long last, this morning. He’s completely confident he will hit that date. After that — no idea. He’s hoping it sells enough copies and makes at least enough money to pay off his debts. Maybe bring in enough extra to feed and clothe himself while he makes another game.

Shafer describes the process of getting to the point where At the Gates is not only finished, but scheduled for release as one of learning his own limits, recognizing all of the aspects of working for large studios on established franchises that he took for granted, and eventually “burning out really badly”, and stepping away from the game entirely — for years.

“About that 2014 release date …” says one comment on his Kickstarter.

“How do I contact Jon and get refunded?” asks another.

“It’s cute that Jon thinks anyone would buy his bullshit at this point,” proclaims yet another.

Shafer knows he’s broken the faith of his community. It eats at him.

“Letting down literally thousands of people weighs on you a lot,” he says. And, in a way, that weight is part of what drove him to break down and walk away. At the Gates has been delayed for over five years. Schafer did no work on the game for more than two of those years.

Shafer says he ultimately cared too much. He worked longer hours than he should have; he didn’t take care of himself; he made poor choices; and all off that eventually caught up with him, forcing him to abandon the game out of “survival instinct,” possibly forever. Thinking about how he was letting his community down broke him, and then thinking about breaking broke him even further. He resigned himself to the fact that At the Gates might never come out. Otherwise, he says, he would never have recovered.

“It took a long time to get to a point where I was able to even look at [the game] again,” he says. After that, he had to rescue the project. Pick the pieces back up, and finish it.

With the help of about eight part-time artists and programmers, At the Gates is now in the home stretch, and slated for release on January 23, 2019.

I ask Shafer again what he thinks will happen if things don’t go his way.

“Worst case,” he says, “It sells a hundred copies and I have to get a real job.”