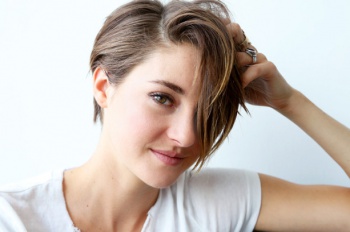 Actress Shailene Woodley opens up about her scenes being cut as Mary Jane in The Amazing Spider-Man 2.

Back in May, The Amazing Spider-Man 2 director Marc Webb explained why Shailene Woodley’s (Divergent) scenes as Mary Jane Watson were cut from the film, citing that it “was very difficult to introduce someone as a competing love interest when so much is on the table with Peter and Gwen.” Now, in the July issue of Vanity Fair, Woodley confirms she won’t be playing Mary Jane in The Amazing Spider-Man 3, and even speaks out on her initial reaction after hearing her parts were left out.

For a few hours it was literally like, ‘Oh, my God, was I awful? Why did they cut me? What are people going to think?’ I woke up the next morning and I was like, ‘O.K., it makes total sense.’ I’m a pretty spiritual person, so I can just sit back and trust that everything happens for a reason, even if my ego doesn’t like it.

Presently, the part of Mary Jane has not yet been cast, but we do know that Sony is looking to expand the Spider-Man film universe and is targeting to release one movie a year; with the next two flicks featuring The Sinister Six and Venom. So if this is indeed the case, the part of Mary Jane will be cast very soon since she’s an integral part of the Spider-Man universe.

Are you okay with Woodley not returning as Mary Jane? If so, which actress would you prefer to be Mary Jane in the coming Spider-Man movies?

Rollers of the Realm Hands On – A Flippin’ RPG