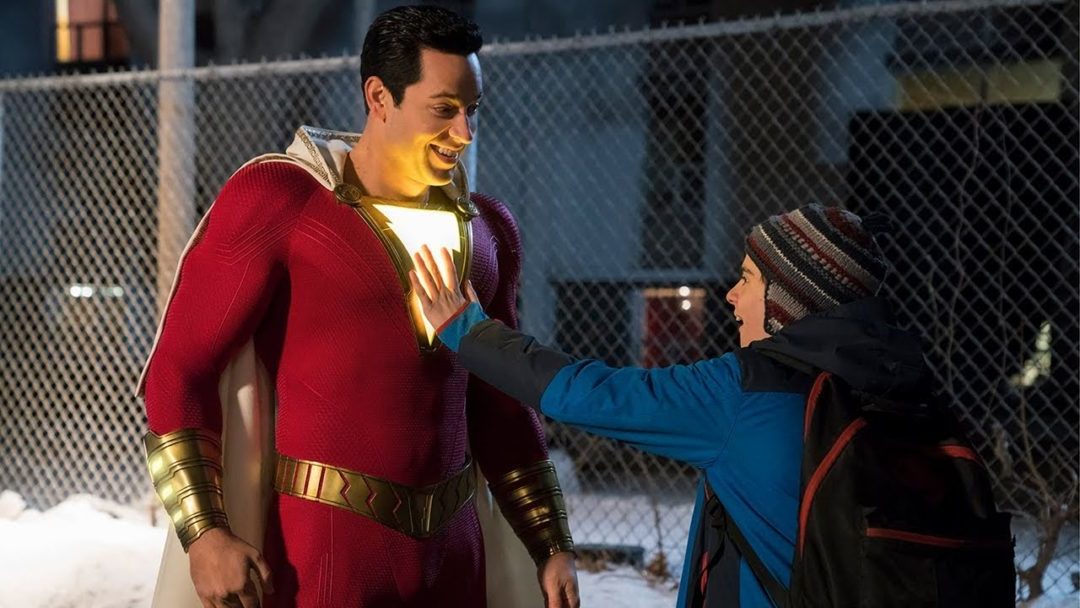 Fandom shouldn’t have an entry barrier. Whether it’s Star Wars, From Software video games, or comic books, gatekeeping new people from becoming entranced with a beloved property because they aren’t “true fans” is a shortsighted dick move preventing more folks from enjoying the artistic mediums we adore so much. This toxic debate surrounding artistic accessibility popped recently over whether or not From Software’s Sekiro: Shadows Die Twice should have an easy mode, but my interest in accessibility into fandom was piqued by an unlikely source: Shazam

First, a little background: Shazam is a new superhero film based on the DC comic book series of the same name. The movie follows Billy Batson: a troubled teenage foster kid who can transform into a superpowered adult. He was entrusted with powers such as super speed, flight, and strength by an old wizard desperate for a champion who would wage battle against demonic manifestations of the seven deadly sins. Billy doesn’t take his responsibility seriously at first. Like  you’d expect of any 15-year-old in similar circumstances, Billy misuses his super human abilities for mischief and selfish personal gain, only later understanding the weight of the power and duty charged to him.

I absolutely loved Shazam. Despite never reading a single issue of the books it was based on, I was swept away by the character’s charm, youthful spirit, and heart to such a degree that it aced my personal comic book movie test: the film motivated me to buy some comics, stat.

This practice actually goes back to summer 2004 for me. Before I reached the distinguished age of 14, I’d never flipped through a graphic novel or explored the vast treasures of a comic  shop. The whole world of comics, especially the retail experience, is intimidating!. After seeing Sam Raimi’s Spider-Man 2 (the greatest comic book movie of all time), my need for more Spider-Man in my eyeballs was was strong enough to convince me to brave a comic shop. I had to act casual, though.  I’d rather let the clerk assume I’m shoplifting than let him realize I was a clueless customer who had no idea what she was doing. In other words: I was afraid to be outed as a “fake fan.”

After getting over fake fan anxiety, though, this became a ritual. Whenever I loved a new superhero movie, I would go straight to a comic book store (or Amazon if I was desperate) and purchase an interesting storyline related to the film’s star. The movies gave me a foundation for giving a damn about Spider-Man, Batman, the X-Men, Iron Man, Captain America, Thor, and many others. Enjoying the movies before reading the comics isn’t considered the “true way” a fan experiences the medium for the first time, but that’s irrelevant. I love reading comics because I became a fan my way rather than the more traditional rite of passage. I’m as true a fan as anyone else.

Shazam is no exception. In fact, the film confirmed for me thatmaking comics and games welcoming to new fans isn’t just preferable but a necessity. Shazam’s story explicitly explores the harm caused by gatekeeping. The wizard traumatized young children by screaming, “You will never be worthy!” at them. Doctor Sivana, the flick’s antagonist, is motivated to “Git Gud” after the wizard rejected him. Sivana purveys himself more worthy of the power than the Wizard and his chosen champion Billy. The villain even monologues about Billy’s worthlessness in a way that’s eerily reminiscent of the Sekiro meme.

Shazam’s anti-gatekeeping message echoes my belief that there’s simply no wrong way to become a fan or to enjoy the things you love. Comic shops and video game conventions are already intimidating without the added cruelty of being told you don’t belong there because your love is somehow less authentic than others’. Warding off newcomers is selfish at best and bullying at worst. In Shazam, Billy’s becomes the hero Philadelphia deserves by opening up to others, using his powers more responsibly, and generally being less of a little shit. He becomes a hero by being inclusive, not exclusive.  Fans across all mediums should follow his example.

Star Wars Knights of the Old Republic Might Live Again

ARC Troopers Were the Original Bad Batch in Star Wars

Fast Five Found the Fast & Furious Franchise at a Crossroads